I had a mother who made lists. Didn’t matter whether it was for the grocery store or to insure smooth running for a golf tournament or a set of notes for her boss at the alumni house on campus at the university where she was assistant to the director. There were lists all over our house growing up – on the fridge for us kids, on the counter top for my father, on the table where my mother did crossword puzzles with definitions for new puzzle words.

Small wonder then that I made lists as well – starting in seventh grade, when I went to the dreaded middle school dances – I would list the “to dos” in tiny handwriting by time (2:30 pm – leave school; 2:45 – do homework; 3:30 – take bath; 3:50 – dry hair, etc.) – sometimes by the minute. My mother took a polaroid of one of my lists and hung it on her bulletin board (she was so proud). This carried on through college when I was juggling several extracurricular activities and my social life while trying to graduate with honors.

My daughter was a natural – she got the idea of color coding her lists early-on; my son, not so much. But recently, he (now in his thirties) revealed to my husband not to “tell Mom,” that he now knows he has to make lists. My husband likes to boast about the people in his life - “I’m so lucky I’m surrounded by people who know how to get things done!”

Perhaps then it’s not surprising that my academic research career began with an attempt to conceptualize the process of self-regulation in classroom learning and motivation. It later moved into understanding work habits in education through the lens of modern theories of volition. Modern theories toss out the old idea of volition as strength of will and instead emphasize the steps and processes for goal setting, framing, organizing, and overcoming obstacles to accomplishment. Moving from vague internal traits to processes means that people can develop their willpower. Volition is really about protecting intentions from competing thoughts and external distractions in all the things we do – it’s about knowing how to get things done. Think for a moment about your own work habits and I’ll bet one of them involves making lists!

Here is a recent one on my desk right now: 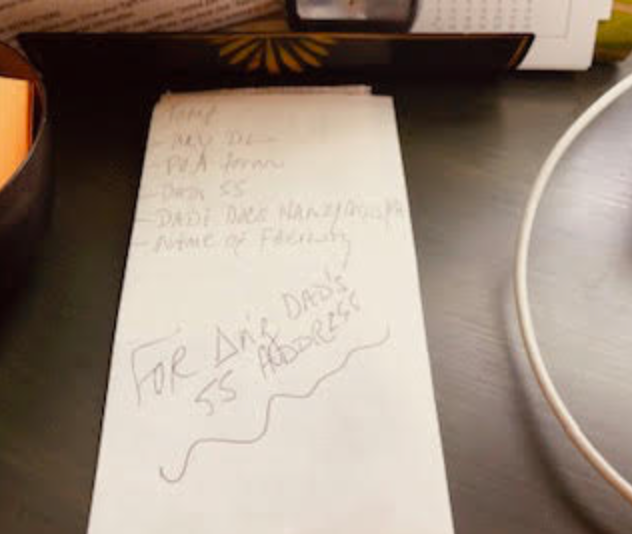 Lyn Corno served over a number of years as co-editor of Teachers College Record, the peer-reviewed, scholarly journal published at Teachers College for the field of education. This journal has presented a variety of theoretical and empirical articles to a wide audience of readers for over a century. She is formerly Professor of Education and Psychology at Teachers College, Columbia University, and presently on staff at the EdLab.

Prior to becoming a faculty member at Teachers College, Dr. Corno served as Assistant Professor of Education and Psychology at the Stanford University School of Education and as a Research Associate at the Southwest Educational Research and Development Laboratory. She has also held a variety of leadership positions, including President of Division 15 of the American Psychological Association, Chair of the Visiting Panel for Research at ETS, and Chair of the Board for the National Society for the Study of Education. She has been Editor of both the American Educational Research Journal and the Educational Psychologist.

Dr. Corno is author or editor of several scholarly books, including “Remaking the Concept of Aptitude: The Legacy of Richard E. Snow,” “Education Across a Century: The Centennial Volume of the National Society for the Study of Education Yearbook,” and “The Third Handbook of Educational Psychology” (2015). She is has appeared on the Today Show and on local television newscasts to discuss education topics, and has been a field reviewer for many educational and cognitive science research projects funded by the National Science Foundation and the Canadian Social Sciences and Humanities Research Council; she has also advised private organizations such as Open English, among others.

Dr. Corno holds a B.A. degree in English from Arizona State University, and an M.A. and Ph.D. in Psychological Studies in Education from Stanford University.