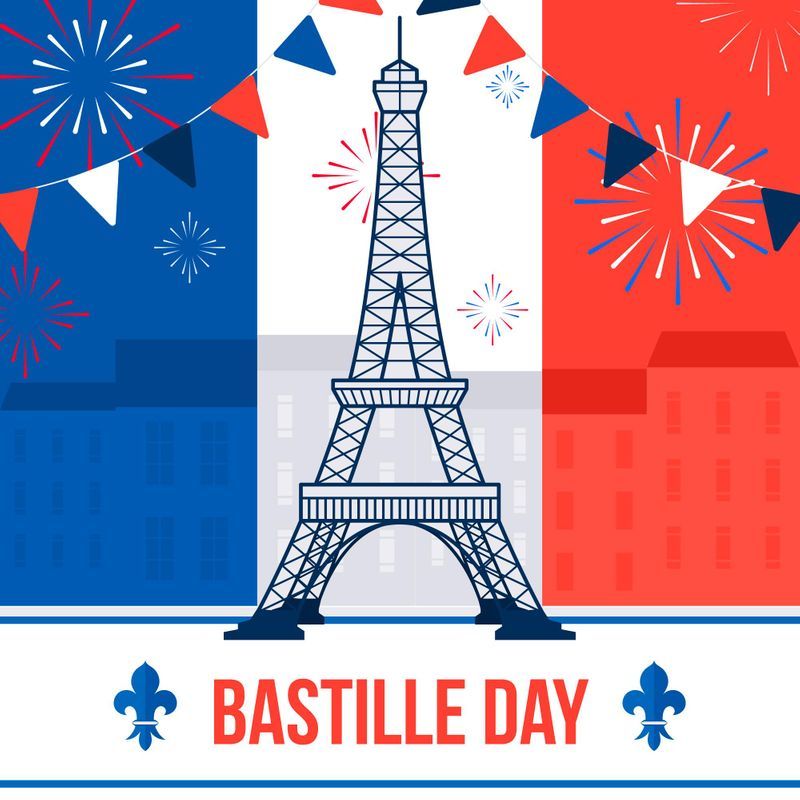 Bastille Day is celebrated as a national holiday in France, commemorating the seize of the royal fortress (aka prison) which symbolized the tyranny of the Bourbon monarchs -- Marie Antoinette, among them. On July 14, 1789 revolutionaries overthrew King Louis XVI, forcing the "ancien regime" to accept constitutional government and thereby beginning the modern republic of France.

Bastille Day is celebrated in countries throughout the world and in the United States, in as many as, if not more than twenty cities -- among them Baltimore, Boston, New York, Philadelphia, Newport, Washington D.C., Dallas, New Orleans, Chicago, St. Louis, and Portland. Parades, fireworks, music, film, and cuisine are greatly enjoyed in appreciation of French history and culture. Joyeux Quatorze Juillet!