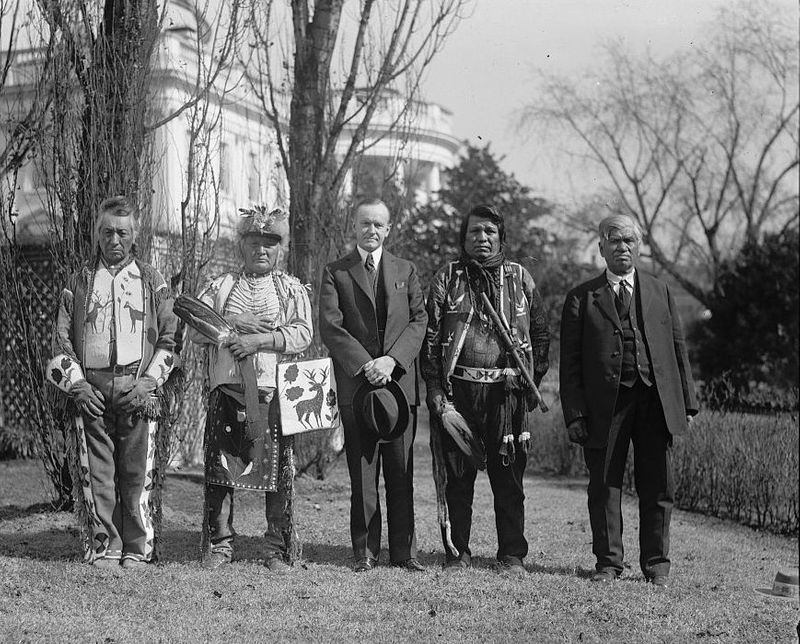 On June 2nd, 1924, the United States Congress passed the Indian Citizenship Act which granted citizenship to all Native Americans born within the territorial limits of the country. However, associated privileges, including the right to vote, were determined by state law and took decades to advance. The granting of citizenship applied to roughly 125,000 of the 300,000 indigenous people in the United States, where roughly 125 million people lived at the time, and itself was controversial among tribes; some supported the Act to establish and protect identity with integration, while others wanted to better preserve distinct Native American identity and rights to land.

In 1830 the forced displacement by the United States government of self-governing tribes of Native Americans from their ancestral homelands in the eastern United States to lands west of the Mississippi River led to the brutal deaths of thousands, many Cherokee. The devastating removal of roughly 60,000 indigenous peoples from the Cherokee, Muscogee, Seminole, Chickasaw, Choctaw, Ponca and Ho-Chunk/Winnebago nations, was known as the "The Trail of Tears"; it comprised an arduous 1,200 mile journey, with forced starvation, and it lasted for twenty years.