Early this year, stories of book banning flooded the collective conscience. Since then, waves of legislation with highly specific targets have swept through a number of states. Rulings that equate gender-affirming care for trans youth with child abuse in Texas, bills that erase discussions of LGBTQ+ history and identity in schools in Florida, executive orders barring "divisive concepts" from classrooms in Virginia, and more spring up at what seems like a dizzying pace.

At a time when youth librarians are more aware of the positive impacts of representation through literature, these calls for censorship are even more disheartening. The American Library Association's Office of Intellectual Freedom (ALA OIF) hosts Banned Books Week every year in September. However, book challenges are made and legislation is proposed throughout the year. As a preservice school librarian, the ways we care for students and provide information to them that reflects a range of experiences are of particular importance to me. Young learners deserve the freedom to read.

Challenged Books contains a selection of titles from the ALA OIF's Top 10 Challenged Books lists for 2020 and 2019, as well as resources about collection development and book banning found in Educat+. More challenged titles and related resources can be found through both Educat+ and CLIO catalogs. Complete lists of frequent book challenges, as well as information on reporting challenges made to books in schools and libraries, can be found on the ALA OIF website.

More resources for tracking book challenges and fighting censorship in schools and libraries can be found through PEN America and the National Coalition Against Censorship (NCAC).

The Top 10 Most Challenged Books of 2021 list had not yet been published at the time of this display's curation. Titles on the 2021 list available through either Educat+ or CLIO are:

This story of a fourth grade girl named Melissa who wants to show the world that she is not a boy by playing Charlotte in her school's production of Charlotte's Web has landed the number one slot on the ALA OIF Top 10 Most Challenged Books list in 2018, 2019, and 2020.

*Please note that this book is currently catalogged in Educat+ under its former title, George. We are exploring options for recatalogging it under the correct title.

Stamped: Racism, Antiracism, and You by Ibram X. Kendi and Jason Reynolds

Billed as "a book about the here and now," Stamped is a narrative look at racism and its impacts on life today. It is the second most challenged on the ALA OIF Most Challenged Books list of 2020 due to opinions about the authors as well as about the text.

All American Boys by Jason Reynolds and Brendan Kiely

2020's third most challenged book tells the story of Rashad, a Black boy wrongly accused of theft and brutalized by police, and Quinn, a white boy who sees the incident unfold. Challenges to this book decry discussions of "divisive" and "sensitive" topics.

Melinda Sordino, a high school senior, copes with sexual assault and lost friendships in this critically acclaimed novel. The original text is number four on the 2020 ALA OIF Most Challenged Books list, though there is no currently public information available about challenges to the graphic novel.

In this semi-autobiographical book, Junior looks for new opportunities as he leaves the high school on his reservation and starts attending a mostly white school. Having landed in the top 10 positions of the Most Challenged Books list nine separate times as of 2021, challenges lend themselves to the book's "inappropriate" content as well as to allegations about the author's sexual misconduct.

The Bluest Eye by Toni Morrison

Pecola Breedlove prays for blue eyes so that she can be "pretty" like the blond-haired blue-eyed children she sees favored around her. Toni Morrison's debut novel moves from ninth on the 2020 Most Challenged Books list to eighth in 2021 for "topics unsuited to age group."

The Hate U Give by Angie Thomas

Starr Carter finds herself navigating life between her poor Black neighborhood and rich white school, as well as grieving the loss of her friend Khalil at the hands of the police. Though frequently challenged for profanity and drug use, other challenges call out "anti-police sentiment."

Beyond Magenta: Transgender Teens Speak Out by Susan Kuklin

Sex Is a Funny Word: A Book about Bodies, Feelings, and You by Cory Silverberg and Fiona Smyth

An informational text about sex, gender, orientation, and feelings by a certified sex educator. It ended up on the top 10 most challenged list twice (peaking at #4 in 2019) for concerns that children would learn about LGBTQIA+ topics and may "want to ask questions about sex."

I Am Jazz! by Jessica Herthel and Jazz Jennings, illustrated by Shelagh McNicholas

Jazz's autobiographical picture book has been challenged for having a transgender protagonist and discussing a topic that is "sensitive, controversial, and politically charged."

This award-winning middle grade graphic novel about Callie, a member of her drama club's stage crew, has landed in the top 10 most challenged lists for five years, four of them consecutive (2014, 2016-2019). Challenges accuse the book of being "sexually explicit" and "confusing," and having an "offensive political viewpoint." 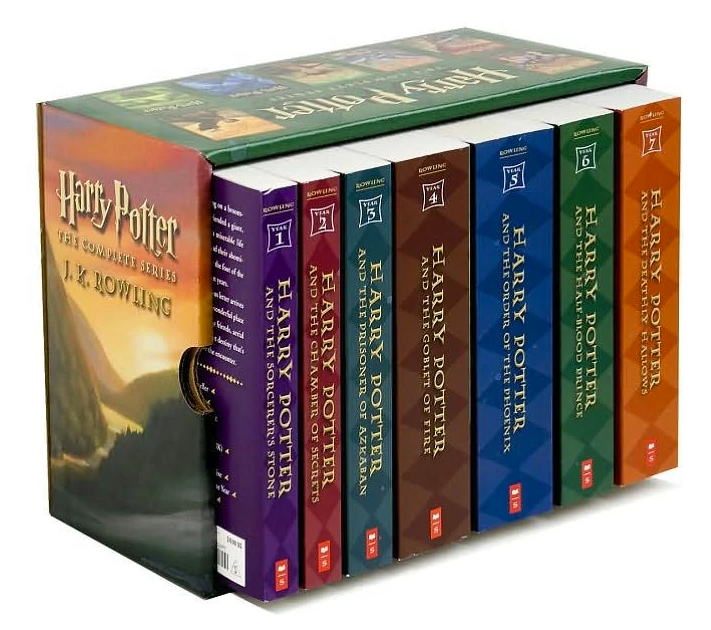 While the current discussion about the Harry Potter series has expanded to include antisemitism, transphobia, racism, and depictions of slavery, documented challenges of these books include violence, Satanism, magic, witchcraft, and characters using "'nefarious means' to attain goals" as reasons to remove the book from shelves.

Roy and Silo, two beloved male penguins at the Central Park Zoo, raise a chick together in this true story. The number one most challenged book in 2006, 2007, 2008, and 2010, it remained in the top 10 over nine separate years. Tango and her feathery dads have been accused of being anti-family and anti-religious, and of promoting "the homosexual agenda," making this title considered by its critics to be "unsuited for age group."

School and public libraries are not the only lending institutions which grapple with censorship. Prison libraries are in a unique position: they are bound to legal proceedings which can impact access to information, often arbitrarily. It is crucial to understand censorship and book banning as it exists in all libraries in order to avoid it. While this title is listed in Educat+, the link in this display is to an open access source.

Banned in the U.S.A.: A Reference Guide to Book Censorship in Schools and Public Libraries by Herbert N. Foerstel

Though published in 2002, this text gives an interesting retrospective of oft-challenged books (Harry Potter, Huckleberry Finn, I Know Why the Cage Bird Sings, Of Mice and Men, among others) and the discourse behind them. It is interesting to compare Foerstel's list with more current lists.

Beyond Banned Books: Defending Intellectual Freedom Throughout Your Library by Kristin Pekoll

This book provides examples of the challenges received by libraries regarding materials, and offers ideas for ways libraries can combat censorship through collection development, promotion of materials, programming, and policies.

Censored: A Literary History of Subversion and Control by Matthew Fellion and Katherine Inglis

Fellion and Inglis track censorship across the United States and United Kingdom for its use as a tool of social control for over 600 years.