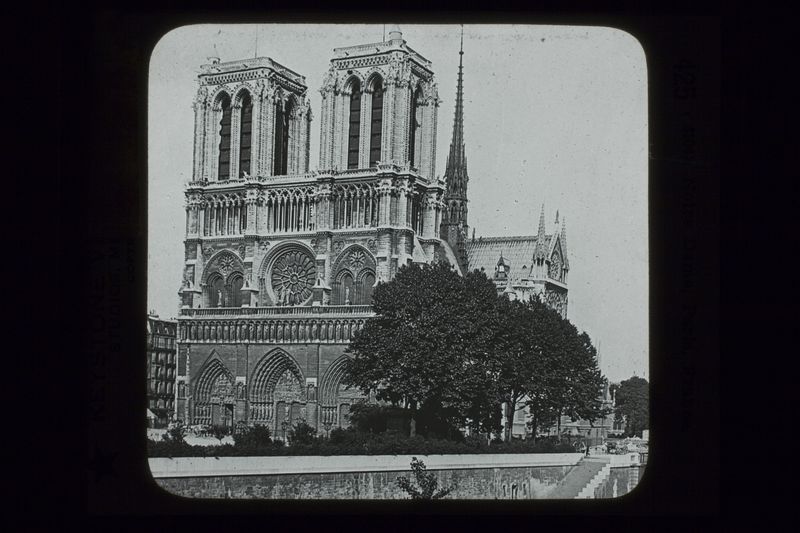 On April 15th, 2019, Notre Dame de Paris, arguably the most famous of the Gothic Cathedrals of the Middle Ages, caught fire. Located on Île de la Cité, and a designated World Heritage Site, Notre Dame was built on the ruins of two earlier churches and suffered damage from wars and other serious effects through the centuries. The cathedral was saved during the French Revolution by Napoleon Bonapart who crowned himself emperor there in 1804. French architect Viollet-le-Duc undertook a massive renovation in the nineteenth century, possibly inspired by the publication in 1831 of Victor Hugo's historic novel, Notre Dame de Paris, also known as The Hunchback of Notre Dame, a classic of French literature set in 1492 during the reign of King Louis XI. Hugo's work illuminated themes of architecture, passion, and religion -- values that bespoke the significant preservation of culture during a period of tumultuous change.

During another restoration two centuries later, flames accidentally and uncontrollably spread through the Notre Dame's attic, nineteenth century spire, and stone vaulted ceiling -- causing catastrophic destruction and mourning worldwide for the magnificent cathedral which to many symbolized the heart and soul of France. Amazingly, the cathedral's altar, two pipe organs, and three 13th-century rose windows survived with little or no damage. Having launched a major fundraising campaign, French President Emmanuel Macron pledged restoration by 2024.

The following articles are drawn from Proquest Historical Newspapers, which informs and inspires classroom teaching and learning. Included are selections that illustrate the context of technology and then current affairs. Need to keep current, look to the past, teach a topic? The Everett Cafe features daily postings of news from around the world, and also promotes awareness of historical events from an educational context. Be sure to check the news postings on The Library Blog, where you can delve into history.