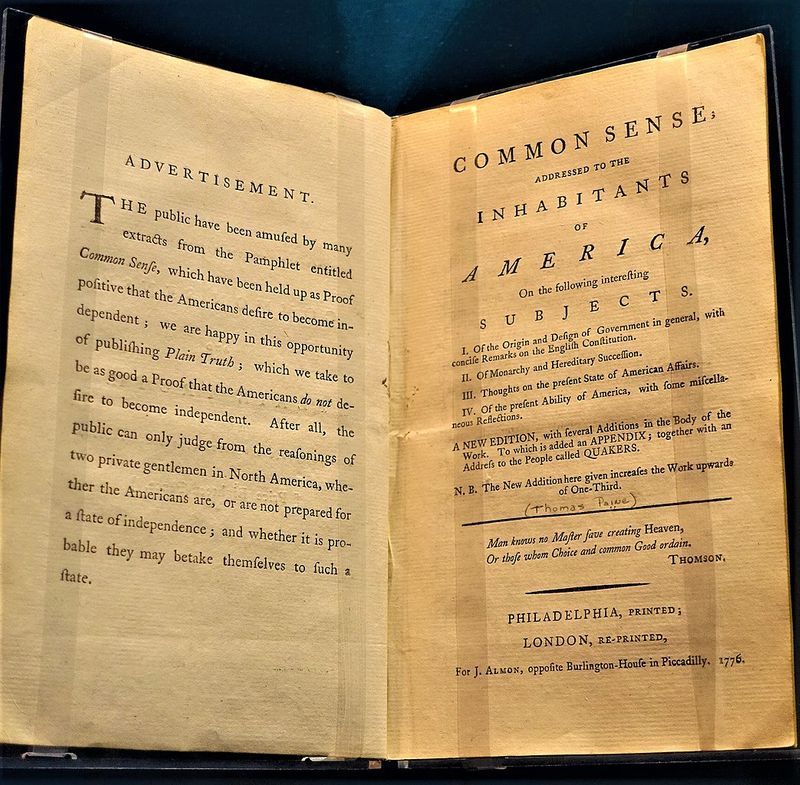 On January 10th, 1776, English-born American political philosopher and activist Thomas Paine (1737-1809) anonymously published a short pamphlet entitled Common Sense -- an argument against the monarchy and inherited privileges of the noble classes. This sensational document was printed with twenty-five editions in its first year, and it influenced the start of the American Revolution (1765-1783) by igniting revolutionary spirit and advocating independence of the Thirteen Colonies from Great Britain. Read aloud in public spaces with great appeal to common folk, the pamphlet addressed, the "Origin and Design of Government in General, With Concise Remarks on the English Constitution"; "Monarchy and Hereditary Succession"; "Thoughts on the Present State of American Affairs"; and "Present Ability of America, With Some Miscellaneous Reflections." The call to action made clear the case for independence, with the Continental Congress soon declaring the colonies free and independent on July 4th, 1776. 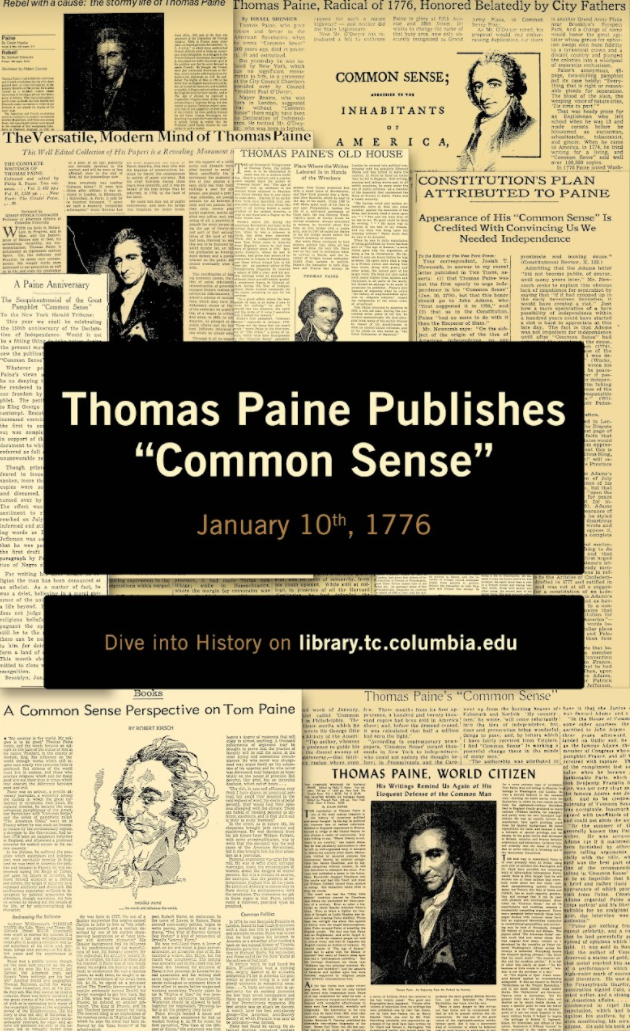