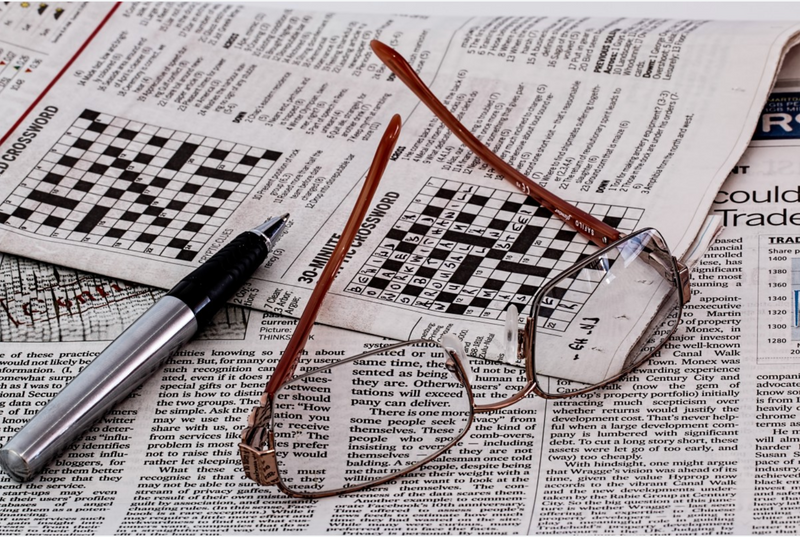 Did you know that on December 21st, 1913 the first modern crossword puzzle was published in the Sunday Supplement to New York World as just one of a set of "mental exercises"? Consisting of a diagram in the shape of gridded diamond, "Fun's Word Cross Puzzle" presented thirty-one questions which readers were invited to answer by filling in squares to form words that with shared letters. The inventor was Liverpudlian Arthur Wynne (June 22, 1871 - January 14, 1945) who, as a young adult, emigrated to the United States to work as a journalist for the Pittsburgh Press and the The New York World, where he spent his career. Wynn introduced horizontal and vertical lines to create boxes and pioneered the use of black squares, symmetrically arranged, to separate words in rows and columns.

The adult past-time became so popular that within a decade crossword puzzles were published regularly, if not daily in leading American newspapers. Great Britain followed suit with the Sunday Times of London running the most challenging one. A good way to improve vocabulary, the crossword puzzle became an educational tool in classrooms, as well as professions. Need to keep current, look to the past, teach a topic? The Everett Cafe features daily postings of news from around the world, and also promotes awareness of historical events from an educational context. Be sure to check the news postings on Learning at the Library, where you can de