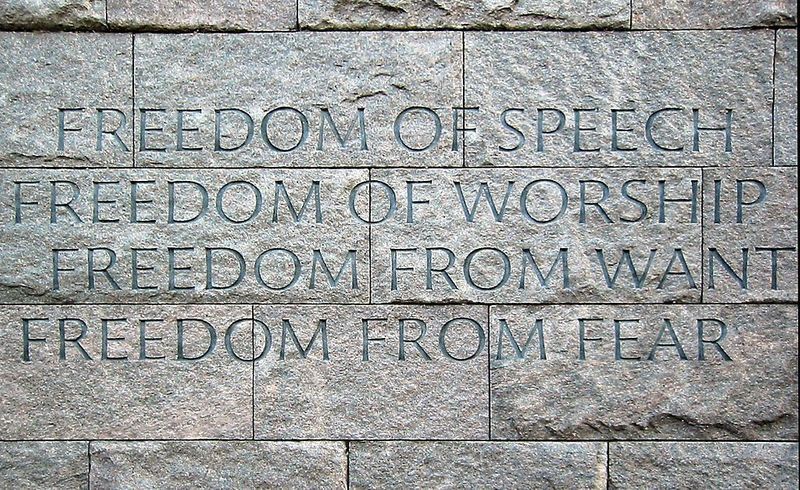 “In the future days, which we seek to make secure, we look forward to a world founded upon four essential human freedoms."

On January 6th, 1941, President Franklin Delano Roosevelt delivered a highly significant State of the Union Address; he outlined continuing support from the United States as a supplier of ammunition, airplanes, tanks, food, and raw materials to the British and Allied forces, and then articulated a clear, strong vision of the four fundamental human freedoms: freedom of speech; freedom of worship, freedom from want, and freedom from fear. Delivered after a lengthy pause in his speech, Roosevelt's striking remarks helped unite the world post-WW2, with similar foundational values and principles later expressed in Winston Churchill's Atlantic Charter; the Declaration of the United Nations; and the Universal Declaration of Human Rights.

The German army and Axis powers were advancing, with war raging in Europe and North Africa. Italy had launched a counter-offensive attack in Albania against the Greeks (the first of 46 Italian raids). Great Britain and Australia poised troops for military action in Libya, South Africa, and other parts of the African continent. Despite many Americans wishing to remain "isolationist" and avoid involvement in international conflict, the United States decided to enter full combat in December 1941 following the Japanese bombing of Pearl Harbor in Hawaii.

The Four Freedoms as articulated by Roosevelt are inspiration for educational art and dedicated public spaces. Eponymous artworks by Norman Rockwell were published with related essays in The Saturday Evening Post in February and March, 1943. Distributed as prints and posters, his illustrations raised over 132 million dollars, then applied toward the war effort through the purchase of war bonds. In praise of the Four Freedom's Park, a memorial to FDR on Roosevelt Island in New York City, here is an excerpt of a poetic adaption from Bloomberg's critic James Russell:

"Subtle and dignified homage to the president,

it rises just 12 feet to the top of a massive berm,

it evokes Romantic Classicism of the French Enlightenment.

A bust depicting a serene Roosevelt,

Floats within a granite niche.

The high sides leave you in a calm, austere space,

and the swirling river waters winding their way to the sea." 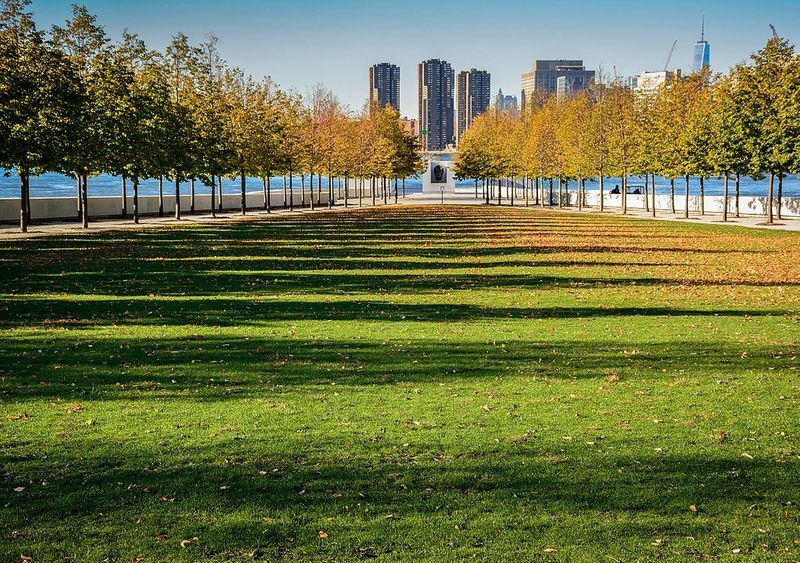