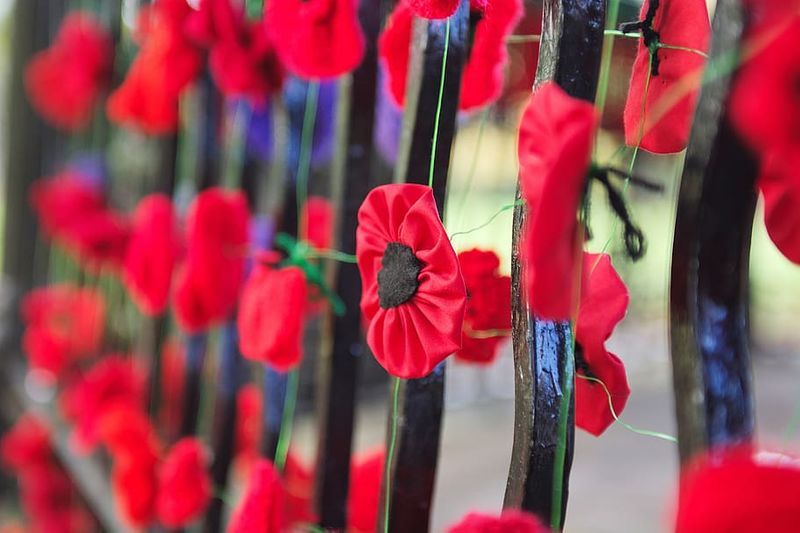 In Flanders fields the poppies blow

Between the crosses, row on row,

That mark our place; and in the sky

Scarce heard amid the guns below.

We are the Dead. Short days ago

Loved and were loved, and now we lie,

Take up our quarrel with the foe:

To you from failing hands we throw

The torch; be yours to hold it high.

If ye break faith with us who die

We shall not sleep, though poppies grow

﻿In Flanders Fields, by John McCrae

On the eleventh hour of the eleventh day of the eleventh month in 1918, an armistice was signed to end the First World War that began in 1914 after the assassination of the Austro-Hungarian Archduke Franz Ferdinand by the Bosnian Serb nationalist Gavrilo Princip. The Allies, or Entente, represented a coalition of countries led by Britain, France, Italy, Japan, Russia, and the United States, who were victorious over the Central Powers of Germany, Austria-Hungary, the Ottoman Empire, Bulgaria, and their colonies. Over 20 million lives were lost in The Great War that took place in Europe, Africa, the Middle East, Pacific Islands, China, Indian Ocean, and North and South Atlantic Ocean.

Armistice Day was officially celebrated for the first time in 1919, and it is commemorated annually to honor those who died. In the United States, November 11th is also known as Veterans Day which commemorates all military veterans who served in the United States Armed Forces. Need to keep current, look to the past, teach a topic? The Everett Cafe features daily postings of news from around the world, and also promotes awareness of historical events from an educational context. Be sure to check additional Cafe News on the Library Blog.