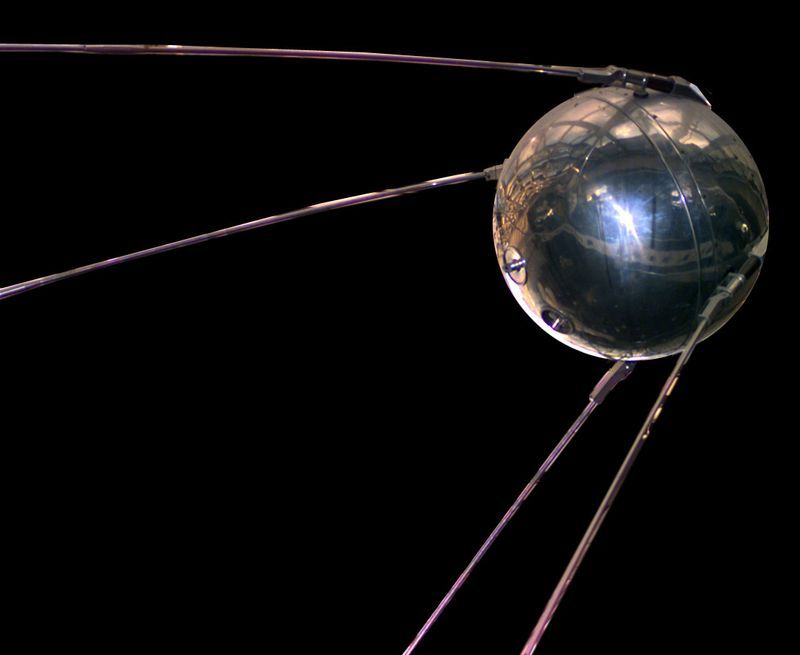 On October 4th, 1957 the Soviet Union successfully launched the world's first artificial satellite which orbited the Earth in roughly 98 minutes for about three weeks before its batteries gave out. Known as Sputnik, the Russian word for natural satellite, it then silently orbited before falling back into the atmosphere on January 4th, 1958. Sputnik was monitored by radio operators throughout the world.

How could a satellite which was about the size of a beachball and weighed 184 pounds, make such a significant impact on history? Sputnik provided information about the density of the upper atmosphere and the radio signals offered data on the ionosphere, the layer of Earth's atmosphere that extends 50-600 above the surface our planet. More importantly, it marked a new era of political, military, technological, and scientific growth and developments -- many would say, the "Space Race" which was part of the Cold War (1947-1991), a period of geopolitical tension between Eastern Bloc countries (Soviet Union and allies) and the Western Bloc (Unites States and allies).

Read more below and also check out NASA's, "Sputnik and the Dawn of the Space Age", which includes a chronology, audio-video, books, and documents on this important event and its long-lasting influence.