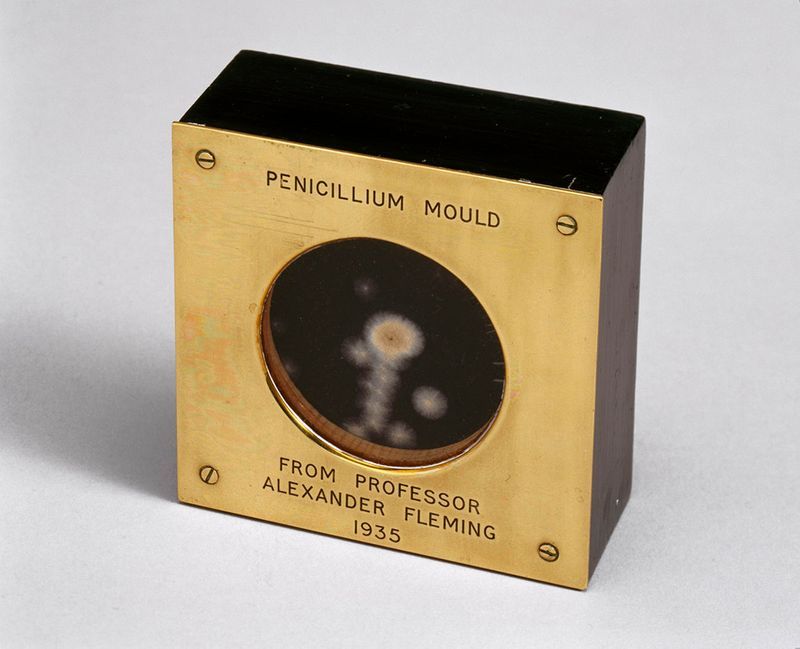 When I woke up just after dawn on September 28, 1928, I certainly didn’t plan to revolutionize all medicine by discovering the world’s first antibiotic, or bacteria killer. But I suppose that was exactly what I did.

Did you know that quite an accidental discovery led to revolutionary success in modern medicine? The young, Scottish physician and microbiologist of Darvel, Ayreshire, Alexander Fleming left an uncovered staphylococcus culture plate in his London lab -- only to find that the ensuing mold formed a bacteria-free circle around itself. The mold culture prevented growth of staphylococci, thereby leading to a most significant development: the active substance called penicillin which would cure bacterial infections and prove an indispensable medicine in continuous use to this day.

Knighted in 1944, Sir Alexander Fleming, a Fellow of the Royal College of Surgeons (England), 1909, and a Fellow of the Royal College of Physicians (London), received many awards throughout his lifetime, among them the Nobel Prize for Medicine, which was jointly awarded in 1945 to Ernst Boris Chain and Sir Howard Walter Florey "for the discovery of penicillin and its curative effect in various infectious diseases." A prolific author of papers and articles on bacteriology, immunology and chemotherapy, including original descriptions of lysozyme and penicillin, Fleming contributed greatly to his field of research and saved thousands of lives through widespread use of penicillin to combat infection and disease. He died on March 11, 1955 at the age of 73 years and is buried in St. Paul's Cathedral in London.