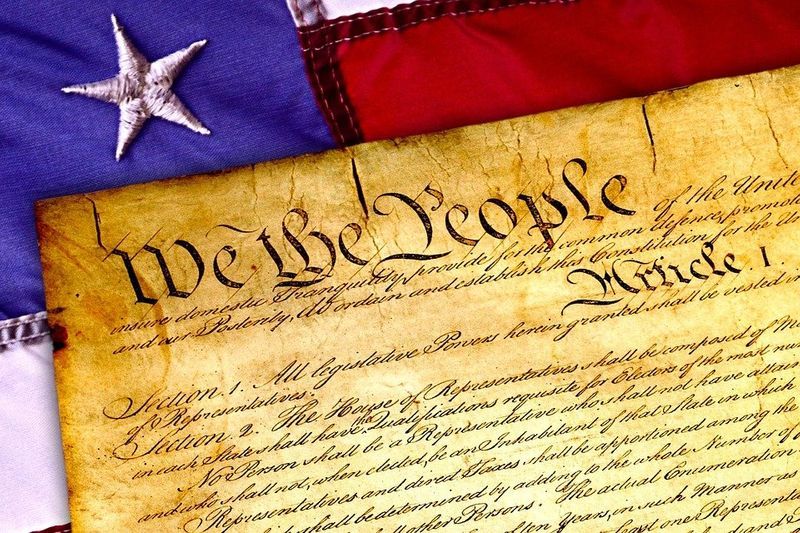 "We the People of the United States, in Order to form a more perfect Union, establish Justice, insure domestic Tranquility, provide for the common defense, promote the general Welfare, and secure the Blessings of Liberty to ourselves and our Posterity, do ordain and establish this Constitution for the United States of America."

--Preamble to the United States Constitution

Observed formally on September 17th, Constitution Day marks the day in 1787 when thirty-nine delegates to the Constitutional Convention in Philadelphia, then capitol, signed the document into law. Also known as Citizenship Day, it is a time to reflect upon and celebrate the supreme laws of our land, including its history and scope, and to recognize all persons, who either by age or naturalization, have become American citizens. Originally comprising seven articles, the United States Constitution describes the national frame of government and has been interpreted, amended, supplemented by the Bill of Rights, implemented, and influenced democracy in countries worldwide. Many publicly funded institutions and organizations, including schools and libraries, provide educational programming to honor Constitution Day, while individuals also commemorate the holiday through various activities -- parades, flag displays, and interactive online resources.