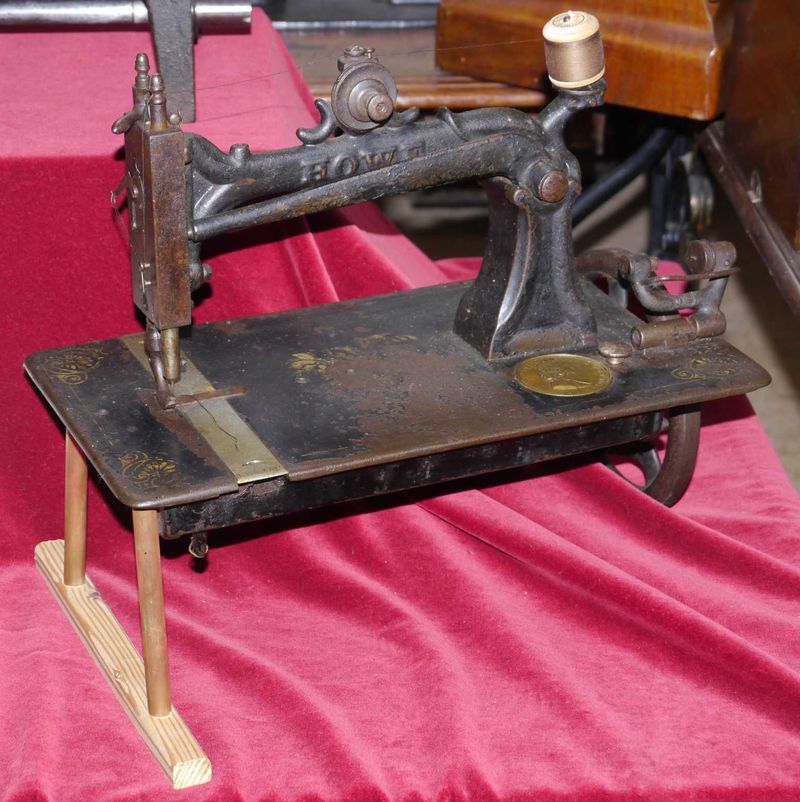 On September 9th, 1846, American inventor Elias Howe (July 9, 1819 - October 3,1867) earned a patent for the sewing machine, a tool which revolutionized the manufacture of clothing. A machinist by trade who worked in a cotton factory in Lowell, Massachusetts, Howe sold his rights in England for but a small amount, a mere 250 pounds sterling, and then moved there, leaving his family behind, to continue perfecting his invention for use on special fabrics, like leather and silk. When he returned to the United States, he discovered development in the industry: many sewing machines, including those made by I. M. Singer and Company, were being used in homes and factories on numerous fabrics -- effectively violating his patent and leading to years of litigation. Howe's rights were established in 1854, and he began receiving royalties on all sewing machines made in the the United States, though he spent years in poverty pursuing his dream to earn a fortune.

At Teachers College, we look for additional inspiration in the work of faculty who developed sewing courses; Mary Schenk Woolman, Professor of Household Arts Education from 1894-1912, was among the first who urged the value of vocational education for women and wrote numerous books on sewing, the trade school, textiles, and clothing care. Additional archival materials on sewing and textiles, including courses of study and samplers, may be viewed in Pocketknowledge.