Today’s headlines are thinking beyond the anthropocene. These headlines are selected from the front pages curated by FreedomForum.org, though headlines ending with an asterisk (*) did not appear on the newspaper’s website. Indigenous Territory names and Treaty information are provided by the Native Land map. 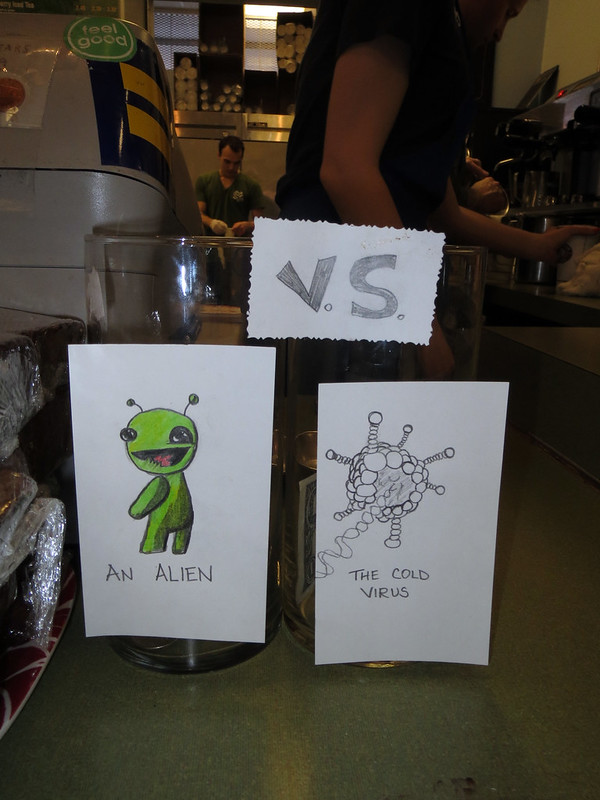 “Tip Jar Battle at Espresso Royale at the Undergraduate Library - Alien vs The Cold Virus” by user benjamin sTone, available under CC BY-SA 2.0, courtesy of Flickr.

The Pentagon’s Unidentified Aerial Phenomena Task Force is scheduled to release their report on unidentified flying objects (UFOs) today. Its publication has prompted residents of the northeast Alabama town of Fyffe, proclaimed the state’s ‘UFO Capital’ by the state legislature in 1989, to revisit the strange flying object that several townsfolk observed in February of that year.

Three-quarters of Colorado’s new COVID-19 cases in which the subtype of the virus has been identified have been identified as the delta variant. As the strain spreads across the state, particularly impacting nursing homes and people who are not fully vaccinated, a team from the Centers for Disease Control and Prevention has arrived in Mesa County to investigate the virus. 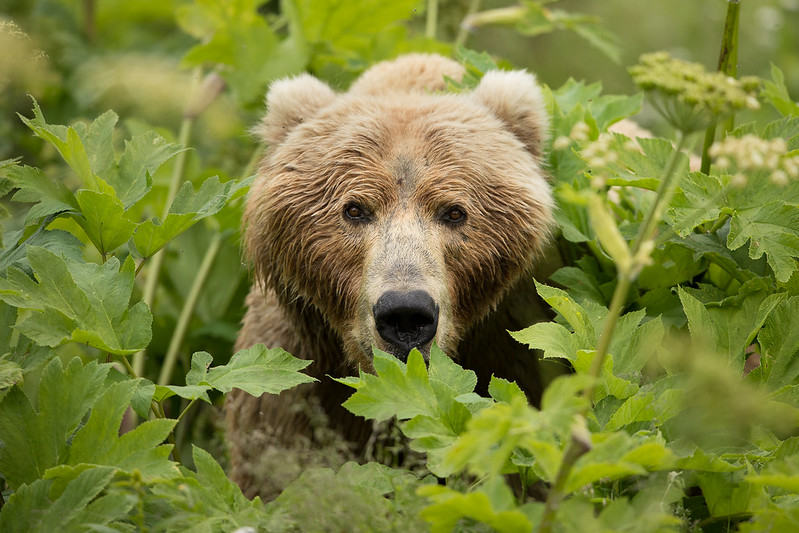 “Kodiak bear,” by Lisa Hupp/USFWS, available in the public domain, courtesy of Flickr.

“This is just the time of year where if a young bear is still with its mother the mom will push it out and it will have to start to make its way in the world,” said public information officer for the California Department of Fish and Wildlife, Ken Paglia. Paglia’s remarks follow multiple sightings of a bear near orchards and canals off Tracy Boulevard that have concerned rural residents and farmers.

Nils Pederson brought his three Karelian bear dogs to Girdwood last year, during a period with an “exceptionally high” number of bear conflicts. Girdwood Bear Aware contracted with Pederson, who lives in Fairbanks, in order to reduce the number of bear deaths and ease the potential danger to humans, as many of the agencies that respond to nuisance bear complaints are located out of town.

While an undisclosed number perished, some cattle escaped to nearby Ohio after the tractor-trailer in which they were being transported overturned on the westbound side of Interstate 64 yesterday afternoon. Despite heavy damage to the druck, the driver was extracted from the vehicle with only minor injuries after being trapped for close to two hours.