Today’s headlines don’t know much about history, or meteorology. These headlines are selected from the front pages curated by FreedomForum.org, though headlines ending with an asterisk (*) did not appear on the newspaper’s website. Indigenous Territory names and Treaty information are provided by the Native Land map. 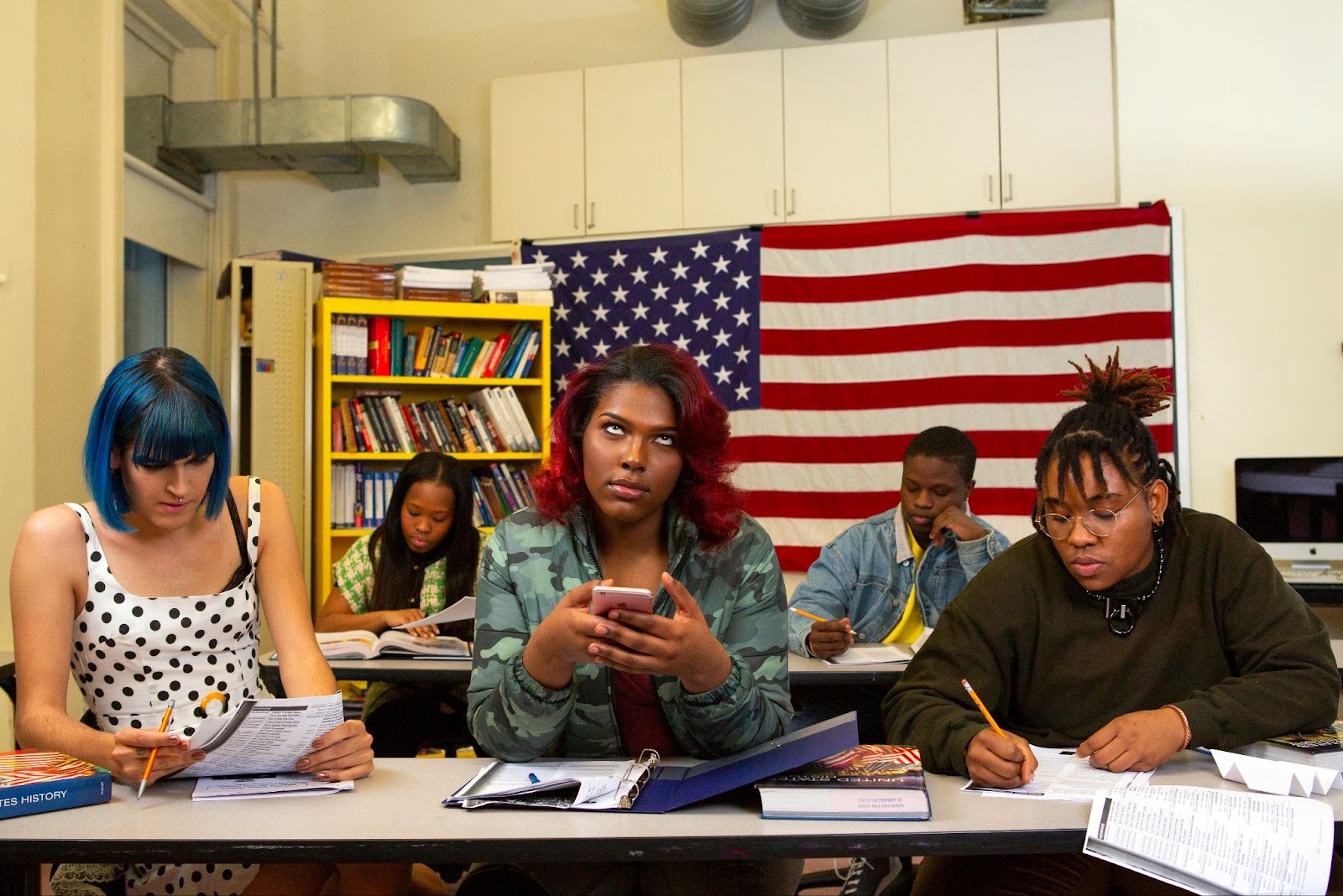 “A transfeminine student sitting in class and rolling her eyes while using her phone” by Zackary Drucker, available under CC BY-NC-ND 4.0, courtesy of The Gender Spectrum Collection.

Yesterday, the Georgia Board of Education passed a resolution that neither the U.S., nor the state of Georgia is racist, and calls for the body to codify recommendations that schools avoid lessons that would cause participants to “feel discomfort, guilt, anguish, or any other form of psychological distress on account of his or her race or sex[…].” The resolution was largely copied from “The Partisanship Out of Civics Act,” a model resolution from a senior fellow at the Ethics and Public Policy Center.

During their Wednesday meeting, the Indiana State Board of Education granted provisional accreditation to two virtual private schools, a first for the state that prides itself on its pioneering efforts in ‘school choice.’ While accreditation is only required for public schools, nonpublic schools must be accredited in order to participate in the state’s private school voucher program. The schools, GEO Focus Academy, which is dedicated to college prep, and FaithPrep, a religious school, plan to participate in the recently expanded school voucher program.

The Warren County Board of Education held a special meeting on Wednesday to discuss just one issue- whether the board would support or participate in any challenge brought by Kentucky’s Council for Better Education to school-choice law House Bill 563. While no such challenge has been made, the board voted 4-0 to allow Superintendent Rob Clayton to join or initiate one. If passed, House Bill 563 would allow private donors to receive tax credits for contributions to funds that could be used for school tuition. CAN IT BE STOPPED?*

June 1st marked the official start of hurricane season, but South Louisiana parishes had already experienced hurricane-like storms weeks earlier. In a May 18th briefing, Lake Charles Mayor Nic Hunter announced that the 12 inches of rain that flooded highways and hundreds of homes was the “third heaviest rain event in the city’s history.” The increasing intensity and frequency of rainstorms threatens to compound other climate threats the region faces, like fluctuating sea levels and temperatures.

Record-breaking: Yes, Boise, it was ridiculously hot for June 3, with 103 degrees around 5 p.m.

Before yesterday, the record temperature for June 3rd, set in 2007, was 98 degrees. However, Thursday both broke that record with 103 degrees, and set the record for the highest temperature this early in the year. Scientists and researchers point to the “urban heat-island effect,” the process by which development has replaced organic ground cover with asphalt, as well as broader climate change as causing the higher temperatures.