Today’s headlines have seven Mac-11s, about eight .38s, nine 9s, ten Mac-10s, and a finite desire to grapple with history. These headlines are selected from the front pages curated by FreedomForum.org. Indigenous Territory names and Treaty information are provided by the Native Land map. 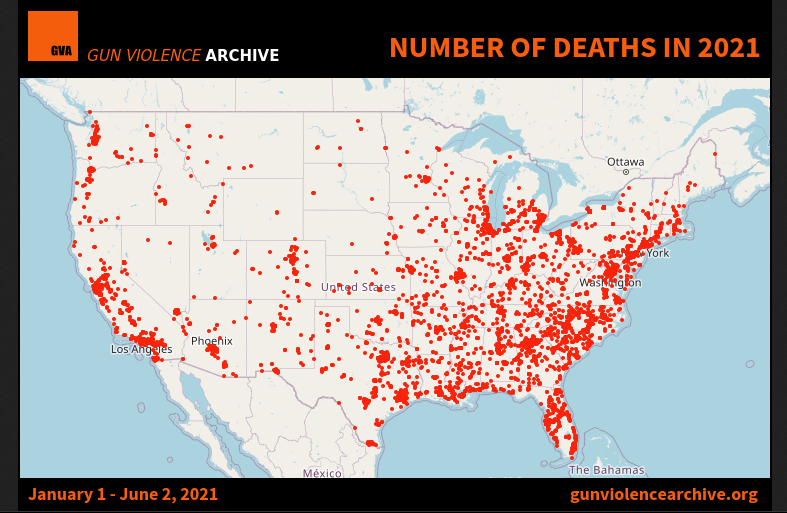 “Number of deaths in 2021” map by the Gun Violence Archive.

State, Hartford, and Capitol police were investigating at least three bullets that were fired into the Capitol building over the weekend.

Police arrested a Southington man as he tried to flee on the Arrigoni Bridge in Middletown on Sunday, alleging that he may be responsible for at least eight shootings over the weekend in Southington and Cromwell. Police say that dozens of bullets were fired from a long rifle into homes, churches, and businesses.

The Bureau of Alcohol, Tobacco, Firearms, and Explosives has been exacting its harshest penalties on “kitchen-table” dealers, gun sellers who operate out of their homes.

On Tuesday, the Santa Clara County Sheriff’s Department released a four-minute body camera video of the final moments of last week’s mass shooting at the Valley Transportation Authority. The footage is the first to be made public from ‘the deadliest rampage in Bay Area history,’ and includes the moment the first responders first encountered the shooter, Samuel James Cassidy. 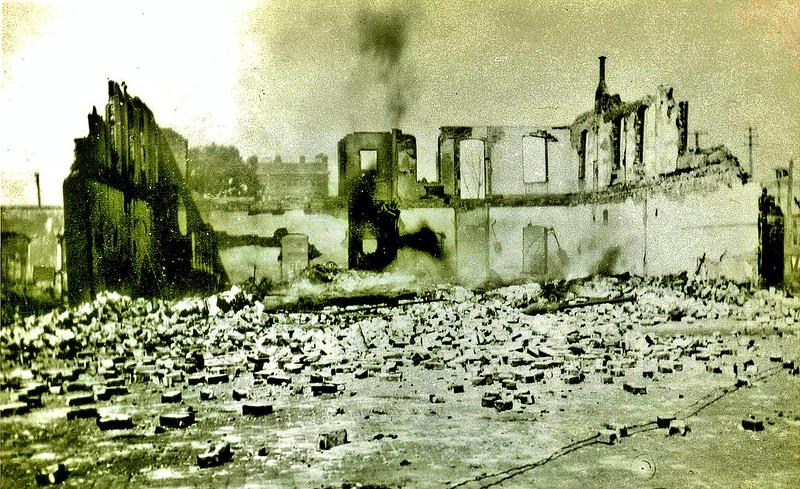 “walls of the Dunbar School after the fire from the Tulsa Race Massacre, 1921” by George Lane, from Oklahoma State Univ. Tulsa Special Digital Collection, available under CC BY-NC-SA 2.0, courtesy of Flickr.

Yesterday, on the 100th anniversary of it’s namesake Race Massacre, the city of Tulsa resumed the search for mass graves at Oaklawn Cemetery. In October, researchers found “12 badly decomposed coffins fitted tightly into a trench” in the cemetery’s former Black paupers’ field. Based on several factors, scientists believe the remains are those of Black men in the city’s Greenwood section on May 31- June 1, 1921.

With a majority vote, Dothan commissioners denied a permit request for a Juneteenth parade on West Main Street on Tuesday. Kaitlin Welborm, a lawyer with Alabama’s ACLU described the commissioners’ process as “burdensome” and “unconstitutional,” and warned of “messy, costly litigation” on First Amendment grounds. Mayor Mark Saliba, City Manager Kevin Cowper, and the six commissioners all claim to support the parade taking place on its original route, along 4 blocks in the “inner-city” North Saint Andrews Street.