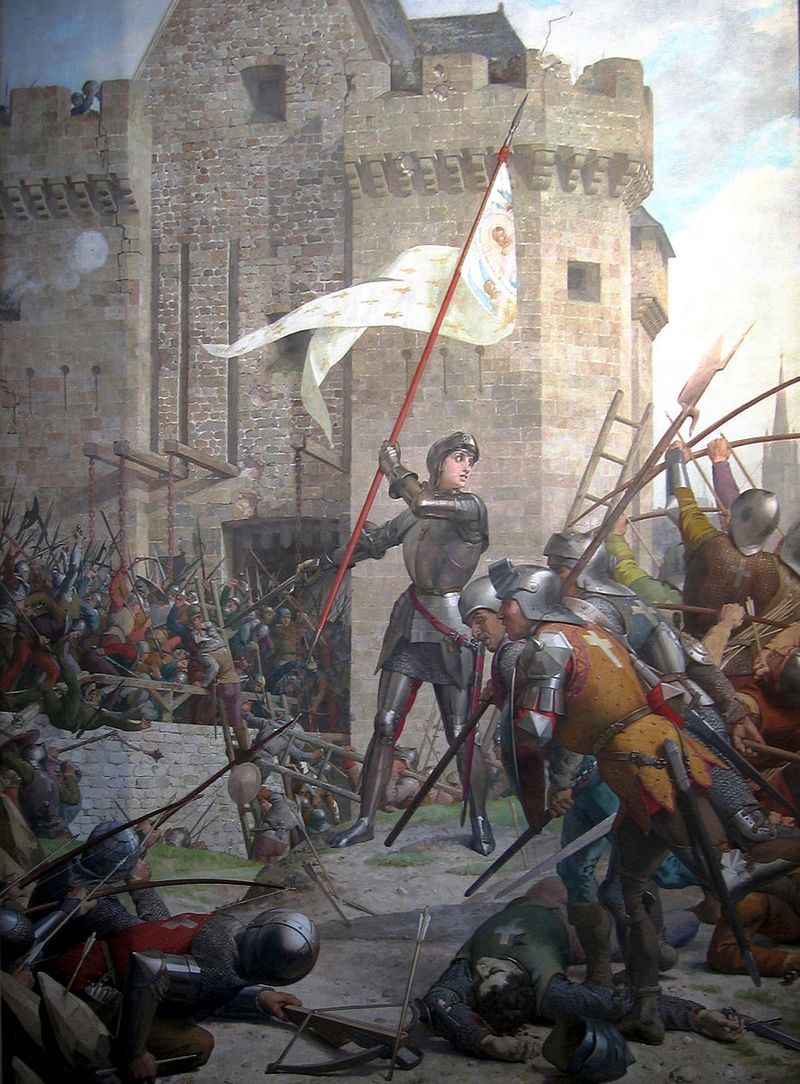 It was always a name that my classmates bandied about when referring to anything we did that called for bravery, but little did I appreciate the full extent of her story. Joan of Arc, a young peasant girl from medieval times, was referenced in many places -- the classroom, when we spoke French; Prime Day, when academic distinctions were awarded; courtyard, when we played dodge ball; and library, when given a timely research assignment. For an impressionable group of girls looking for inspiration on a semester project, Joan of Arc was prime choice, and our quiet forays into the Dewey Decimal system drew no shortage of books or media published about her over the years, if not centuries. Armed with a treasure trove of materials, I eagerly connected the dots, and thought a bit more carefully whenever her name came up in our more humble lives, growing up as we did on the north side of Chicago on the shores of Lake Michigan.

Did you know that seventeen-year-old Joan of Arc, daughter of Jacques d'Arc and Isabelle Romée, from the village of Domrémy in northeastern France, entered Orléans with commander Le Hire and military supplies on April 29th, 1429, intent on a battle against the English that would prove momentous? Waged between the House of Plantagenet and the House of Lancaster over the right to rule France, Orléans proved a significant victory for the French during the Hundred Years' War, a series of conflicts which lasted from 1337-1452. Joan of Arc led the French to break the siege in Orléans which began in October of 1429 and ended on May 8th of that year. Over the next few weeks, Joan of Arc would lead the French army to additional victories.

Inspired by divine callings and a deep love for the Roman Catholic Church, Joan of Arc would become a national heroine and was canonized as a saint by Pope Benedict XV in 1920; on May 30th, 1431, she was burned at the stake for heresy and witchcraft, after being sold to the English by Bourguignon soldiers. Joan of Arc faced fifteen examinations, with Twelve Articles of Accusation, and her trial was conducted by the Church who found her guilty.