Today’s headlines have very high evidentiary standards. Note that headlines ending with an asterisk (*) appeared on the newspaper’s front-page, but not on its website. These headlines are selected from the front pages curated by FreedomForum.org. Indigenous Territory names and Treaty information are provided by the Native Land map. 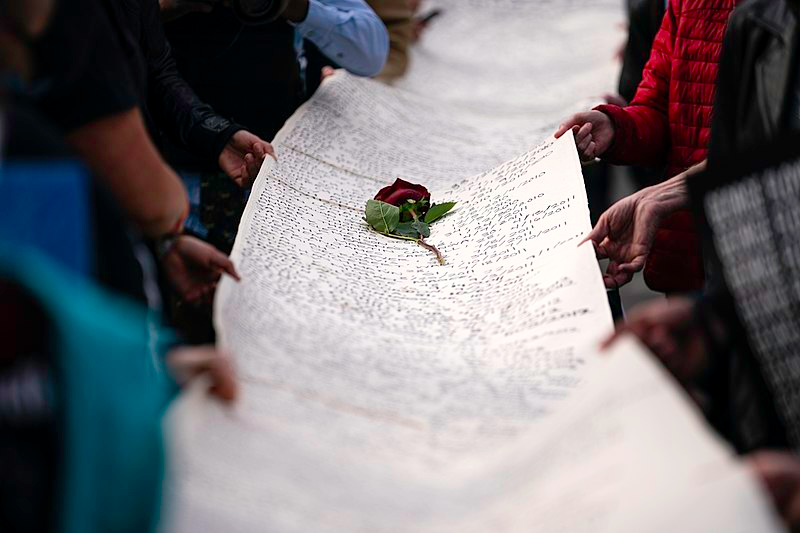 “Participants in a silent march for justice for George Floyd in downtown Minneapolis, Minnesota hold a scroll of names of people killed by police on the day before the beginning of the trial of Derek Chauvin” available under CC BY-SA 2.0, courtesy of Wikimedia Commons.

Former Minneapolis police officer Derek Chauvin was handcuffed and led out of the courtroom yesterday after a jury convicted him of murdering George Floyd. Chauvin is the first White officer in Minnesota history to be convicted of killing a Black civilian on the job. The jury arrived at their verdicts- guilty on 2nd and 3rd degree murder and 2nd degreee manslaughter- after just under 10 hours of deliberation over the course of two days.

Organizations representing varied aspects of the Arizona legal system, from the Maricopa County Sheriff to Arizona Attorneys for Criminal Justice and attorneys practicing in Maricopa and Pima County, responded to the conviction of Derek Chauvin. Relief and a resolve to press for the ongoing accountability of law enforcement were common sentiments among the public and solicited comments. In the last four years, Arizona has had at least four high-profile cases of death by police for which an investigation did not result in the officers being charged, including the killings of Muhammad Muhaymin Jr., Antonio Arce, Dion Johnson, and Ryan Whitaker.

““Yes, this is a victory, but this is also the bare minimum,” said Alesia Robinson, member of the OC Protests Community Coalition, in response to the three guilty verdicts for Derek Chauvin. Robinson appears to represent the consensus view of Black activists and faith leaders active in social justice movements across Southern California. Tinisch Hollins, executive director of Californians for Safety and Justice, cited the cases of Daunte Wright, who was fatally shot by police “in the same city were this trial was taking place,” and Roger Allen, a 44-year-old Black man was shot and killed by police on April 7 in Daly City, where Hollins lives. 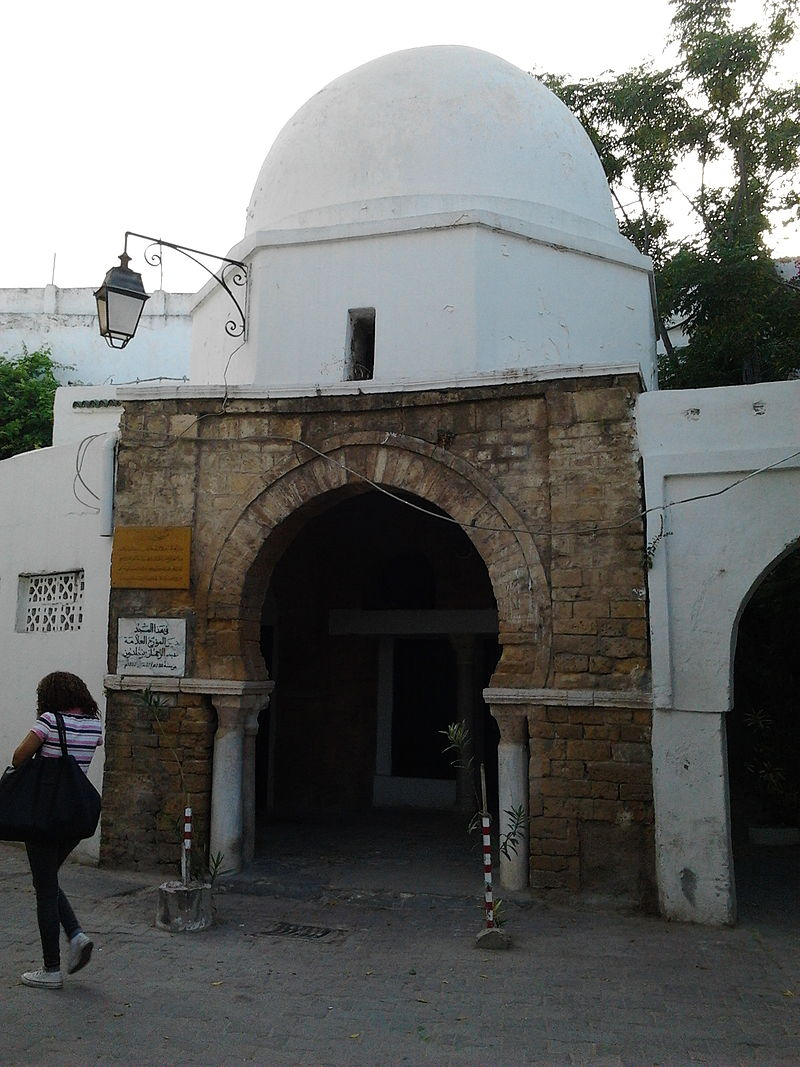 “The mosque in which Ibn Khaldun studied,” by Wael Ghabara, available under CC BY-SA 3.0, courtesy of Wikimedia Commons.

Dangerfield Newby, a Black man born into slavery in Culpeper County and who died in an attempt to free his wife and children during John Brown’s raid on Harper’s Ferry, is the subject of a new Virginia Dept. of Historic Resources historical highway marker. Gov. Ralph Northam announced the marker for Newby on Tuesday, along with four other winners of the Black History Month Historical Marker Contest.

In search of history*

The Stockbridge-Munsee Mohican Nation lived in what is now Massachusetts up until 1783. Today, the nation has land in Shawano County and is one of the 11 federally recognized Indigenous nations in Wisconsin. Its citizens are now engaged in a research effort to prove that an ox roast feast with then- Gen. George Washington occurred to thank the nation for their efforts during the American Revolutionary War, shortly before they were pushed off of their land.