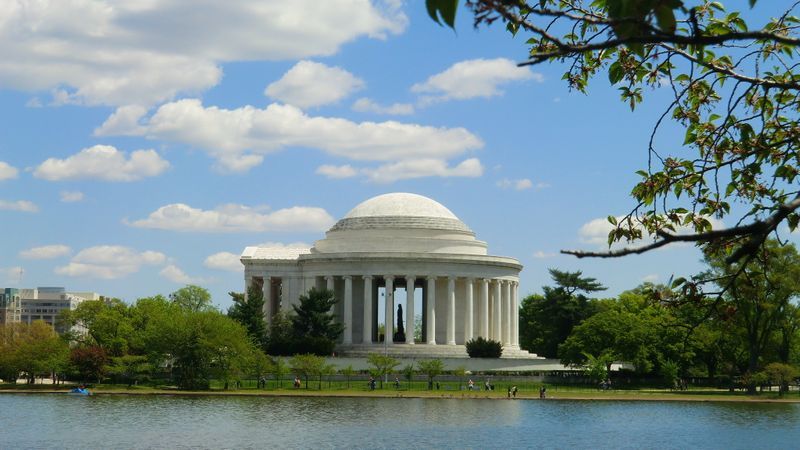 On April 13th, 1743, Thomas Jefferson, American statesman, lawyer, architect, Founding Father, First Secretary of State, and 3rd President of the United States, was born in Shadwell, Virginia, and some 200 years later, a memorial was dedicated his honor by President Franklin Delano Roosevelt. Situated on the south bank of the Tidal Basin among cherry trees, the Thomas Jefferson Memorial was built between 1939-1943, standing in a straight line to the White House. Its architect, John Russell Pope, incorporated Jefferson's tendencies towards classical architecture, with influential designs that signaled freedom and democracy, while modeling the monument after the Pantheon of Rome. The 19 foot bronze statue within was commissioned by Rudolph Evans and the quotations inscribed in the interior of the monument illustrate the principles to which Jefferson committed his life.