Today’s headlines sure have some ideas about K-12 education and public health! These headlines are selected from the front pages curated by FreedomForum.org. Indigenous Territory names and Treaty information are provided by the Native Land map. 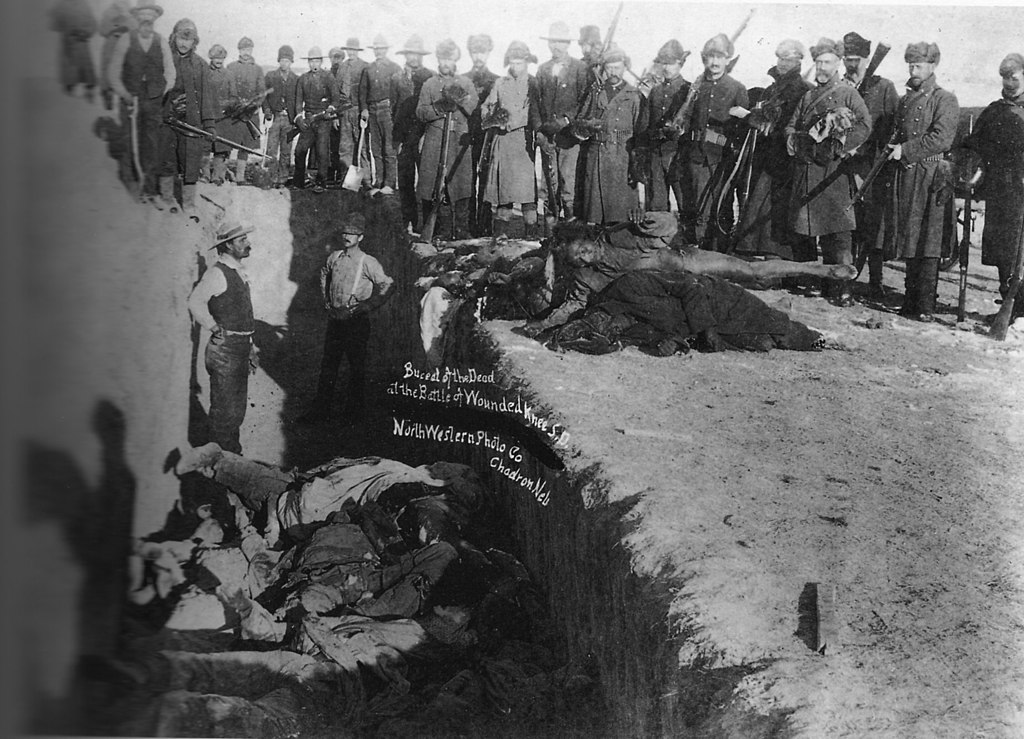 “Burial of the dead after the massacre of Wounded Knee” available in the public domain, courtesy of Wikimedia Commons.

The South Dakota legislature approved Gov. Kristi Noem’s request for $900,000 for a new “enhanced” civics and education history initiative this year, after she proposed the one-time expenditure for public K-12 educationin her January State of the State address. Gov. Noem blamed that month’s attack on the Capitol in part on inadequate civics education and has become increasingly vocal on national social issues. Educators, historians, and other elected officials are now urging the new South Dakota Civics and History Initiative to keep ‘politics and personal bias’ out of the content that will result from their two-year, four-pronged plan for new curriculum and increased teacher resources.

A bill granting Tennessee parents the right to remove their children from classes discussing LGBTQ people or history passed the legislature on Wednesday and now heads to Gov. Bill Lee. If it becomes law, school districts would be required to notify parents of any lessons related to sexual orientation and gender identity, and parents would be able to remove their children from those classes without academic penalty. The bill is just the latest in a series of legislative efforts in Tennessee and other Republican-controlled states to target LGBTQ people; in March, the state became the third this year to make it illegal for transgender students to play sports under a gender not assigned at birth. In late March, Vermont announced that all of its residents of color could register for the Covid-19 vaccine starting April 1 in order to address racial disparities in vaccinations and the broader impact of the virus. The move garnered national attention and outcry as ‘racist’ and potentially unconstitutional- a response that Gov. Phil Scott has described as “evidence that many Americans, and many Vermonters, still have a lot to learn about the impacts of racism in our country.”

On Tuesday, following the recommendations of the FDA and CDC, South Carolina joined other states in halting use of the Johnson & Johnson vaccine because of a rare blood clot that developed in six women who had received the vaccine within the prior two weeks. In the days since, little else has changed in Horry County’s vaccination efforts. Just three of the county’s 40 vaccination sites offer the one-dose shot, and only 4.8% of people who had been vaccinated in the county had received it.

Poll: Many hesitant to get COVID-19 vaccine

Muhlenberg College’s 2021 Pennsylvania Health Poll, a survey of 421 Pennsylvania adults, revealed that a third of respondents had no plans to get the vaccine. The results of the poll were released Wednesday, with about 46% saying they would get the vaccine as soon as possible, and a combined 18% responding that they planned to be vaccinated weeks or months after they became eligible. In this case, the vaccine hesitancy is strongly correlated to Republican affiliation, as well as college education, race, and gender.