Today’s headlines got spooked by all the blood clot talk, but declined an invitation to Mass. These headlines are selected from the front pages curated by FreedomForum.org. Indigenous Territory names and Treaty information are provided by the Native Land map. 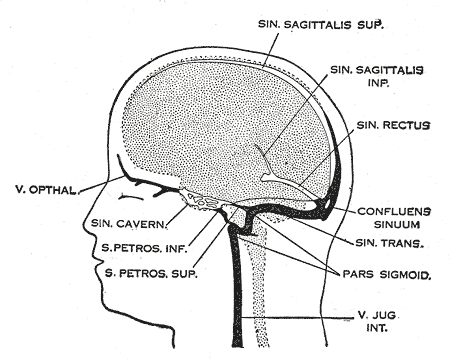 Johnson & Johnson vaccine on pause -- but don’t freak out yet

Yesterday, the Centers for Disease Control and Food and Drug Administration issued a statement that six women- out of a total 6.8 million recipients of the Johnson & Johnson vaccine nationwide- developed cerebral venous sinus thrombosis (CVST), a rare and dangerous type of blood clot that requires different treatment than its more common counterparts. The women range from 18 to 48 and developed the clot between 6 and 13 days after receiving the vaccine, prompting the CDC and FDA to recommend ‘pausing’ its use until the agencies can fully review and analyze the cases. While the Oregon Health Authority is complying with the recommendation, local health professionals are urging the recently vaccinated not to worry, given the one in over a million chance of CVST that these cases indicate.

Dr. Mandy Cohen, secretary of the North Carolina Department of Health and Human Services, announced yesterday that the department would be halting administration of the J&J vaccine in federal sites, and recommended that other providers do the same. “Our vaccine safety system is working,” said Dr. Cohen, explaining that the government’s ability to quickly identify and act on just six cases of an adverse medical event connected to the one-dose vaccine should bolster public confidence in the other, two-dose vaccines.

“Safety of every Oklahoman is paramount, which is why we are pausing Johnson & Johnson vaccine administration while this is studied further,” said OSDH Deputy Commissioner Keith Reed yesterday, adding that no Oklahoman appeared to have been affected by the rare blood clot possibly connected to the one-shot vaccine. Other speakers at the Healthier Oklahoma Coalition news conference urged the public to continue getting the Pfizer and Moderna vaccines, and to take faith, rather than discouragement, at the quick action on the low incidence of the blood clot. 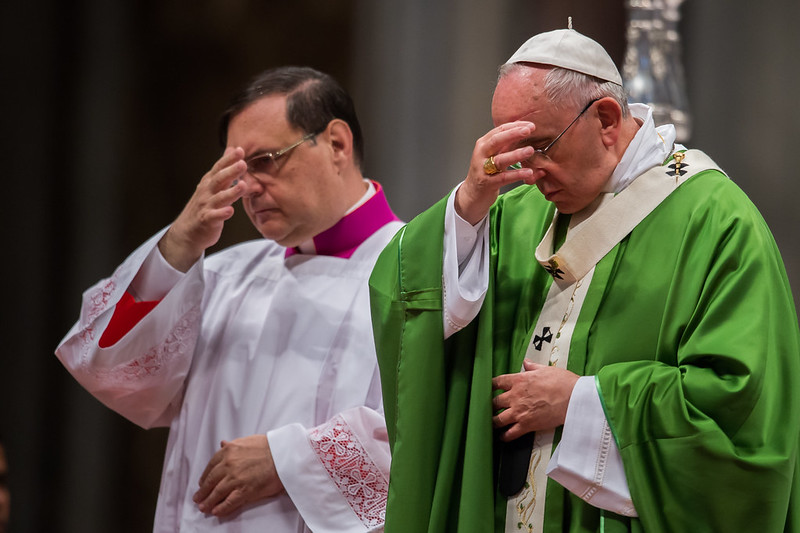 “Mass with Pope Francis ahead of Synod,” available under CC BY-NC-ND 2.0, courtesy of Flickr.

Minnesota Bishop Michael Hoeppner, the first U.S. bishop to be investigated under new rules for investigating clergy sexual abuse, has now resigned at the request of the pope, the Diocese of Crookston confirmed in a statement Tuesday morning. The investigation of Bishop Hoeppner started in 2019, following reports that the Diocese had covered up reports of sexual abuse that surfaced in 2011. The Diocese had also settled with its sexual abuse victims, including those whose stories were covered up, for $5 million in in July of 2019.

The attorney for a young woman who was sexually abused and eventually impregnated by now-defrocked priest Henry Christopher Foxhoven agreed to dismiss the diocese and Foxhoven’s then-parish, Holy Cross Church, from the suit. The former defendants argued that the bishop “is a corporation sole, legally responsible for the diocese of Steubenville and Holy Cross Church.”