Good afternoon and happy Wednesday! In this morning's front pages, an elementary school in Indiana celebrates Read Across America Day all week, a fishing tournament in Alabama has an unexpected winner, the Native American community in California struggles to be recognized throughout the pandemic, the Lewiston Roundup in Idaho hopes for a comeback after a quiet year, and a farming initiative in Florida expands their network to provide nutrition to more locals. As always, our news selections are curated and inspired by the front pages provided by https://www.freedomforum.org/. 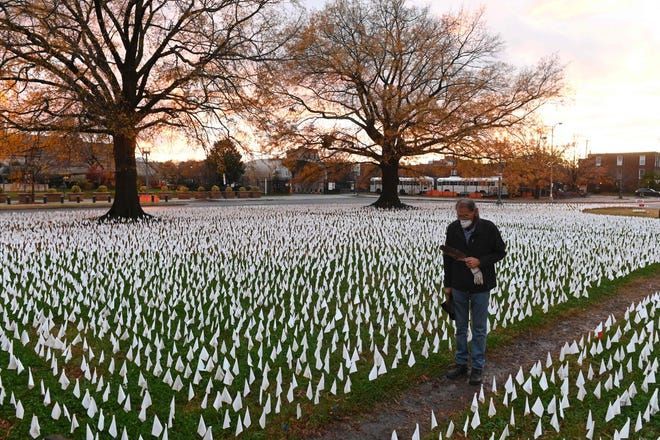 Nate Phillips of the Omaha Nation Native American Indian Tribe attends a ceremony for the installation "In America, How Could This Happen..." in Washington, D.C. on November 30, 2020. Image courtesy of Roberto Schmidt for AFP/Getty Images.

Deaths related to COVID-19 are being severely undercounted for the Native American population in California, undermining the resources and help they need to survive the pandemic. For generations, members of this community have been racially misclassified on medical charts and death certificates by hospital personnel, leading to inaccurate representation on a local and national scale. Data from Centers for Disease Control and Prevention maintain that the virus has been the most deadly for Native American communities, who are especially vulnerable due to heart disease, diabetes, and hypertension. Compared to white people, this group has a much higher death rate, with two times the diagnoses of COVID-19 and four times the number of hospitalizations. In California alone, Native Americans account for .3% of total deaths and diagnoses. Sacramento-based Leticia Aguilar, who lost her aunt and grandmother to the virus, made sure to fill out their death certificates herself to avoid any erasure of their identity. Aguilar claims that the state's failure to enforce proper classification “only contributes to the invisibility of our people, which makes it harder for us to even access resources because we can’t prove we exist. There is so much more meaning behind making sure we are properly counted as native people.” 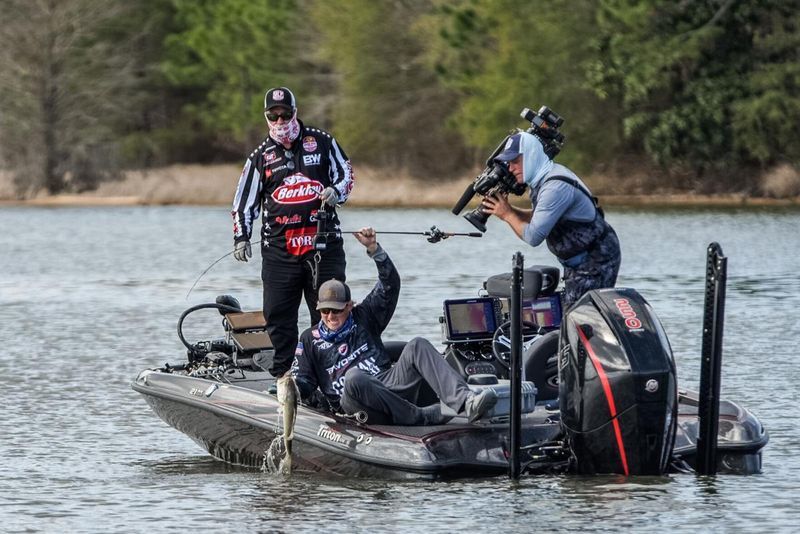 Dustin Connell of Clanton, Alabama brought home a three hundred thousand dollar prize after winning the 2021 Bass Pro Redcrest Championship at Lake Eufala on Friday. On the final day of the tournament, he caught twelve fish totaling thirty six pounds and fifteen ounces, pulling him ahead to first place. "I am just so blessed to be fishing against these guys. It’s an honor just to be here and compete. To come out of here with a win, this is a dream come true,” he exclaimed after the unexpected win. Connell caught a five pound fish with ten minutes left to go in the competition, securing him the lead just in time. 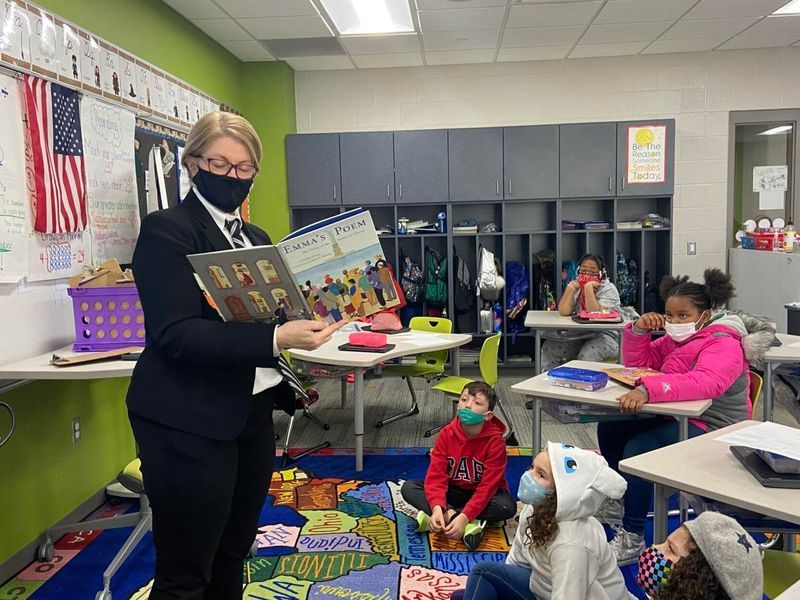 Slate Run Elementary School in New Albany, Indiana, went all in to celebrate National Read Across America Day on Tuesday, continuing activities throughout the week. Students and staff dressed up as their favorite literary characters on Tuesday, kicking off the week full of planned activities to encourage more personal reading time. On the first day of March, the school established a goal for students to read one hundred and thirty thousand minutes by March 26. One activity, developed by media specialist Amanda Larson, involved selecting books from the school library that feature an author or character from a different state, which were then distributed to different classrooms and read aloud among the class. Larson designed the activity to help establish the mindset that "we are such a big, broad, unique country with such a rich history." Including different reading levels and experiencing a book together as a group is one of the main benefits of each class reading activity. The week ended with a "Book Read-In" on Friday, where students are given ten to thirty minutes of solo reading time with a snack and book of their choice. 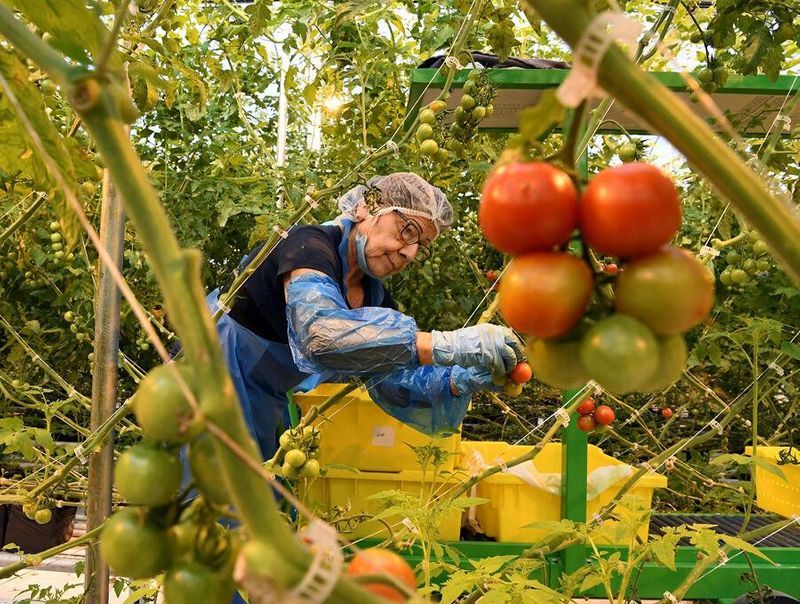 In recognition of National Nutrition Month, a farm-to-table initiative specializing in microgreens called The Villages Grown is increasing its means of production and produce variety. The organization's executive director Jennifer Waxman announced that they are partnering up with more hospitals, living facilities, and school districts, and offering three new types of lettuce, including a custom blend specifically garnered to combat cardiovascular disease. While The Village Grown oversees its own crops and farmers, they recently expanded their network to about seventeen local farms and twenty six artisans to help supply products like honey, olive oil, tea, and more. 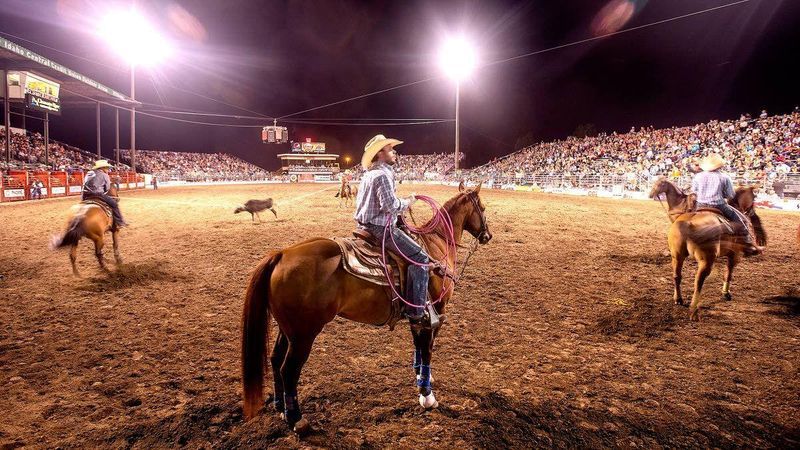 The Team Roping competition at The Lewiston Roundup in 2019. Image courtesy of Pete Caster for The Tribune.

Organizers of the Lewiston Roundup announced they plan to return to the stadium this fall, scheduled for September 7. The state of Idaho has moved to Stage 3 of reopening, and is well on track with the vaccination process, giving rodeo leaders hope to hold events in the coming months. The Lewiston Roundup Association claims it will enforce public safety regulations such as mask wearing, limited capacity, and social distancing in seating.