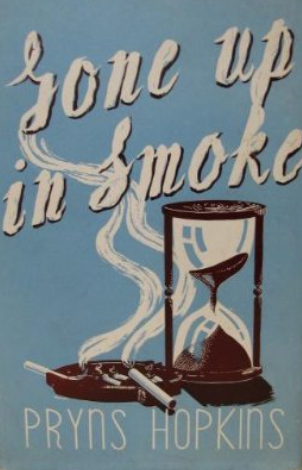 Socialist millionaire, pacifist, and author of numerous psychology, sociology, and religious books and periodicals, Pryns Charles Hopkins (also known as Prince Charles Hopkins and Prynce Hopkins) was born March 5th, 1885 in Oakland, California to Charles Harris Hopkins and his third wife Mary Isabel Booth. After the passing of his father, Pryns invested his inheritance in leftist causes; was imprisoned for anti-war, though pro-German views of World War I; indicted and arrested for espionage; and investigated for his associations with other social reformers of his time, including the American writer Upton Sinclair and Russian emigre political activist Emma Goldman.

Hopkins founded two progressive schools for boys (Boyland, in Santa Barbara, from 1913-1917, and Chateau du Bures, also short-lived due to war and occupation). He lectured to adults; supported anti-smoking and family planning; and travelled extensively, touring and speaking in Europe, Asia, and the Middle East. He earned a BA from Yale, as well as a Masters' in Educational Psychology from Teachers College, Columbia University where he studied under Robert Thorndike, J. McKenn Cattel, Robert Wentworth, and John Dewey. He went on to earn a PhD from the University of London. He was a founding member of the American Civil Liberties Union and the local United Nations Chapter. Hopkins died in 1970 at the age of 85 years, after making a final trip around the world.