Landscape painter and printer and highly influential figure in American art, Winslow Homer is born today, February 24th, 1836 in Boston, Massachusetts. Homer worked mainly in watercolors, and is best known for his paintings of the ocean, inspired by his "working vacations" which took him as far away as Northumberland, England, and Nassau, Bahamas. He began his career as a commercial illustrator, associated with Ballou's Pictorial and Harper's Weekly, for which he produced wood engravings and other illustrations depicting both city and country life. The son of an artist, Homer was largely self taught, influenced by his mother's amateur watercolors. He moved to New York City in 1859 where he maintained a studio in the Tenth Street Building, located between Fifth and Sixth Avenues, and took classes at the National Academy of Design.

Winslow Homer's works covered a wide range of subjects, from soldiers in the Civil War, to farmers and fishermen and women at work, to children at play. His works included educational ones -- the iconic, one-room, red schoolhouse, set in a rural landscape, and the need to make education available to African Americans, symbolized by a poor, young boy holding a large sunflower for his teacher -- a Monarch resting upon his shoulder.

In 1883 Homer moved to Prouts Neck, Maine, just south of Portland, where he painted some of his best known masterpieces -- bold, impressive, often dramatic seascapes that emphasized the forces of nature, symbolic of the human struggle and our fragile place in the universe. Living frugally with help from relatives, he remained on the peninsula until his death on September 29th, 1910.

Appreciation of Winslow Homer's art came largely after his passing. Homer is regarded by many as the greatest American painter of the nineteenth century who brought freshness, depth of feeling, both realism and modernist abstraction to art. His studio in Prouts Neck is a national historic landmark that is frequently toured by visitors from all over the world. 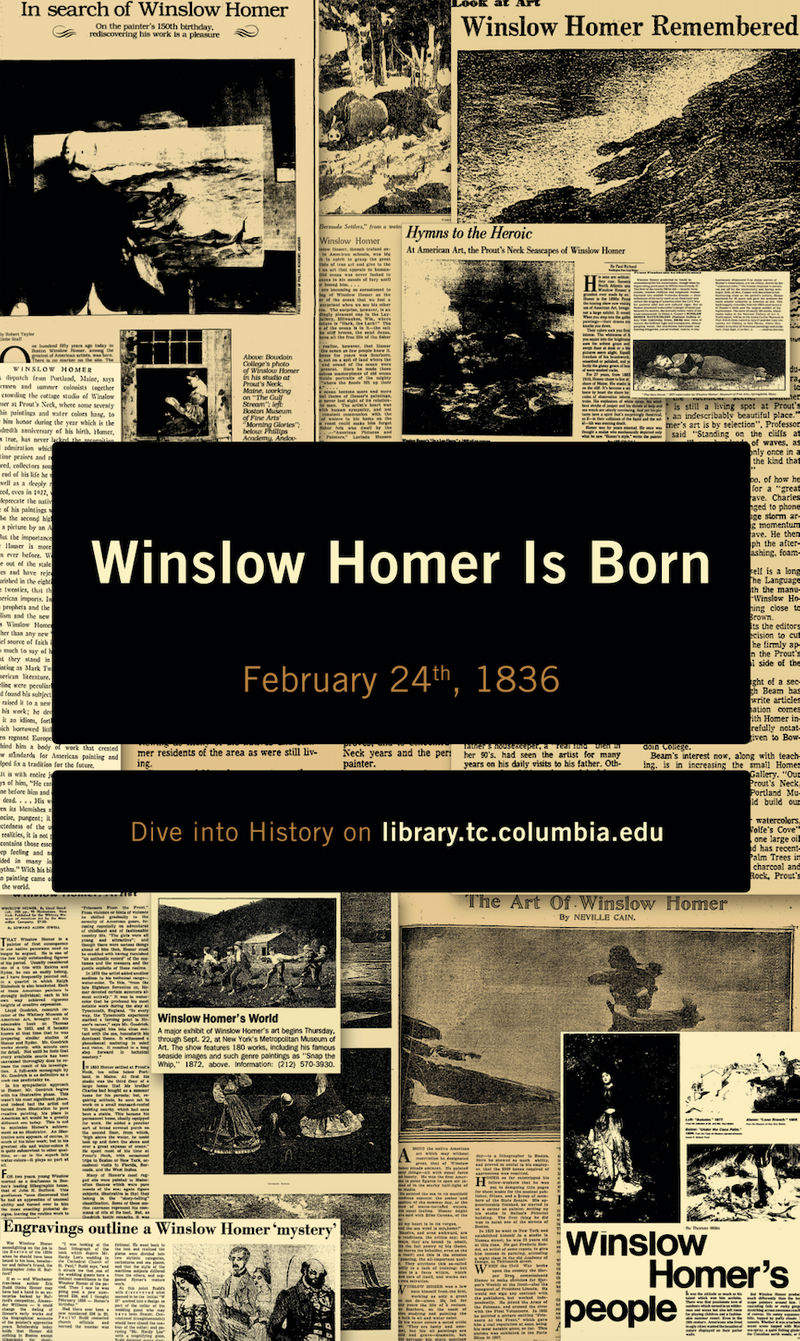