Good afternoon! Today's news focuses on updates from the Biden administration, police conduct reform, freezing temperatures in Texas, and more. As always, our selections are inspired by the front pages provided by https://www.freedomforum.org/. 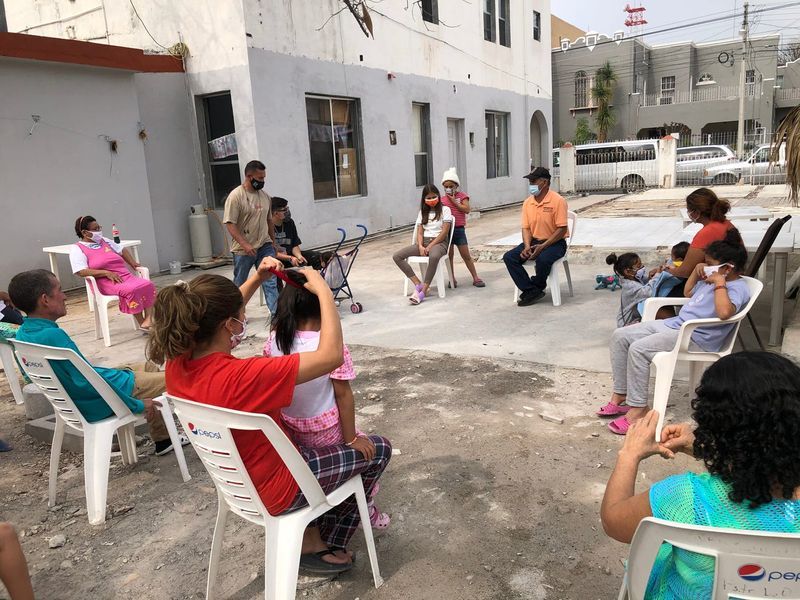 Caught between two starkly different administrations, thousands of migrants are awaiting an update from the White House in regards to a new immigration policy, and what it will mean for them. The Biden administration announced late last week that it will begin processing about twenty five thousand active cases within the Migrant Protection Protocols program, with a later expansion to include additional border cities in Mexico. Those with active cases will be tested for the virus before continuing to the United States for a hearing. Living in makeshift camps near the border, many have waited a year or more to have their cases reviewed, and many scheduled hearings are repeatedly pushed back or delayed. President Biden's halting of the previous administration's Migrant Protections Program has offered little relief and clarity after a Texas judge turned down the hundred-day deportation moratorium that was proposed. Coronavirus has only presented further complication and disappointment after a statement released by the White House on Wednesday declared that most will "be turned away". Attorneys and activists are frustrated, eager for a resolution to help. “The lack of information, lack of clarity, lack of transparency,” says Charlene D’Cruz, an attorney with Lawyers for Good Government. “This constant opaqueness – it has got to stop.”

In response to months-long protests, the Longmont Public Safety officials held a City Council meeting on Tuesday to discuss law enforcement misconduct and address public concerns. Acting Public Safety Chief Rob Spendlow detailed the department's updated policy and code of conduct, which includes the banning of chokeholds and the discontinuation of administering ketamine as a sedative, effective since mid September. Councilwoman Polly Christensen initiated the event following the death of twenty-three year old Elijah McClain of Aurora, Colorado, who overdosed from a ketamine injection given to him while in police custody last August. One crucial element of the policy that is under review is the allowance of using a chokehold in the case of a medical emergency, defined in the document as a situation where a person is "incapable of making a rational decision under circumstances and their actions, combative behavior, or resistance poses an immediate threat of serious harm to the person or others, and their medical condition will not be resolved by leaving them alone.” In the coming weeks, public safety is expected to announce an updated policy with more specific guidelines for what warrants a medical emergency and how officers should respond, leaving less room for personal bias during moments of crisis. 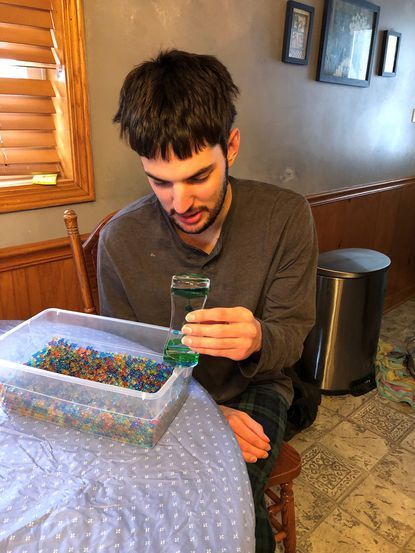 Jennifer Connelly, a special needs educator with the Adult Transition Program in Oak Lawn-based Community High School District 218, is teaming up with teachers and parents to create and deliver replicas of 'sensory rooms' for students studying at home. With donations from community members and organizations like Donors Choose, Lakeshore Learning and Amazon, the makeshift 'sensory room' boxes include materials like water beads, fidget spinners, stress balls, weighted blankets, aroma therapy putty and more to help students with autism cope with the fatigue of having switched to remote learning. "Looking at a computer screen causes a lot of anxiety,” explains Connelly. “Their behaviors may escalate and I knew so many parents were having a hard time."

Approximately two million Texans remain without heat and electricity as temperatures continue to drop below freezing. Covered in ice, sleet, and rain, most roads and interstates have been closed, with non-essential services and businesses announcing closures throughout the rest of the week. Residents have been urged to stay home whenever possible, with no updates as to when power will be restored. The Electric Reliability Council of Texas, the state's electric operator, has lost control of power supply due to poor grid conditions that are overwhelmed by some of the lowest temperatures the region has ever witnessed.

In his first visit to the state since winning the election, President Joe Biden held a town hall at the Pabst Theater on Tuesday night to discuss and announce his upcoming plans for mass vaccination, job creation, and the economy. Biden declared that the vaccine would be received by every American by the end of July 2021, and that "by Christmas" he expects the country will be in a very different position. He discussed his $1.9 trillion relief package, his goal to create at least seven million jobs, the push for a $15 minimum wage, and establishing a "reasonable path to citizenship" as his next steps.