“Water is life,” say today’s headlines as they turn the faucet, grateful for clean water, health, and the space heater. These headlines are selected from the front pages curated by FreedomForum.org. Indigenous Territory names and Treaty information are provided by the Native Land map.

“PIPE AND CEMENT TRANSFORMED INTO ICE SCULPTURE BY WINTER STORM ON LAKE MICHIGAN” (1973), by Environmental Protection Agency, available in the public domain, courtesy of National Archives.

Warmer weather may cause water problems

This morning, there were 151 total water line breaks in Tulsa, an improvement over the 254 last night before, but still a significant problem for the thousands of people and businesses without water. Although the ice and snow that caused the line breaks is forecast to give way to temperatures in the 60s next week, Clayton Edwards, Tulsa’s water and sewer director, warned that warmer weather could mean further ground shifts, and in turn even more breaks to water lines. Until service is restored, free water stations have been established for affected residents at local fire stations and the Fairgrounds’ Expo Square.

Water issues could continue for days

As a boil-water notice remains in effect, water pressure is slowly returning to San Angelo, Texas, although “[t]he high/upper plane area of town may not have water for a few days,” according to yesterday’s city news release. Power returned to the nearby Hickory Aquifer plant on Wednesday evening, and other repairs are underway, resulting in an increase from 40 to 70 pounds of pressure leaving the water plant tanks Thursday morning. When infrastructure is working properly, water is normally at 80- 90 pounds of pressure. 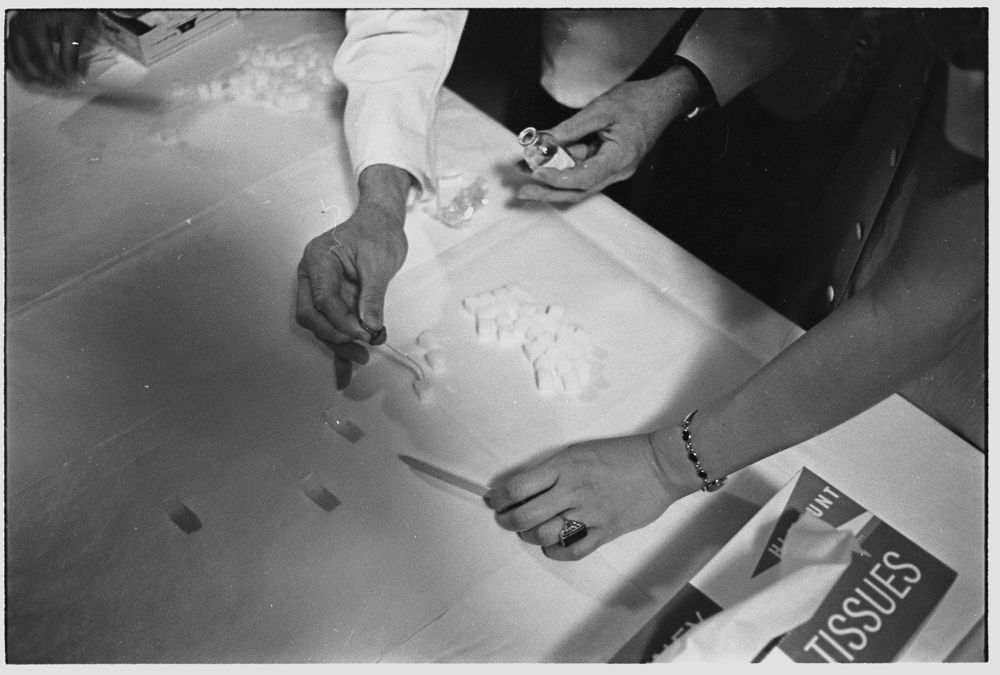 “The hands of a doctor and a nurse organizing vaccines on a table,” available under NC 1.0, courtesy of East Carolina University Digital Collections.

Because of winter storm delays, some North Dakota public health districts have had to cancel vaccination clinics. Robin Iszler, unit administrator for the Central Valley Health District, reported that the delayed vaccine shipments forced the agency to borrow doses to complete scheduled clinics, and stop scheduling first doses next week. Despite the delays, some doses shipped directly to pharmacies have gotten through, so Iszler suggests people stay in touch with their pharmacies about vaccines.

Yesterday’s snow storm left just a few inches on the ground in the Altoona area, but parts of Southeastern Pennsylvania got up to a foot of snow, leading to delays in vaccine deliveries for most of the state’s providers. The delays have been exacerbated by the fact that an undisclosed number of providers administered vaccine intended for second doses as first doses, both shortchanging a number of second doses and creating additional demand for second doses in the next few weeks.

North Carolina’s Department of Health and Human Services said Thursday that most of this week's federal supplies of COVID-19 vaccine has been delayed because of the winter storms impacting much of the country. The winter weather has also led to the scheduled closures of several vaccine clinics across the state yesterday and through this weekend.