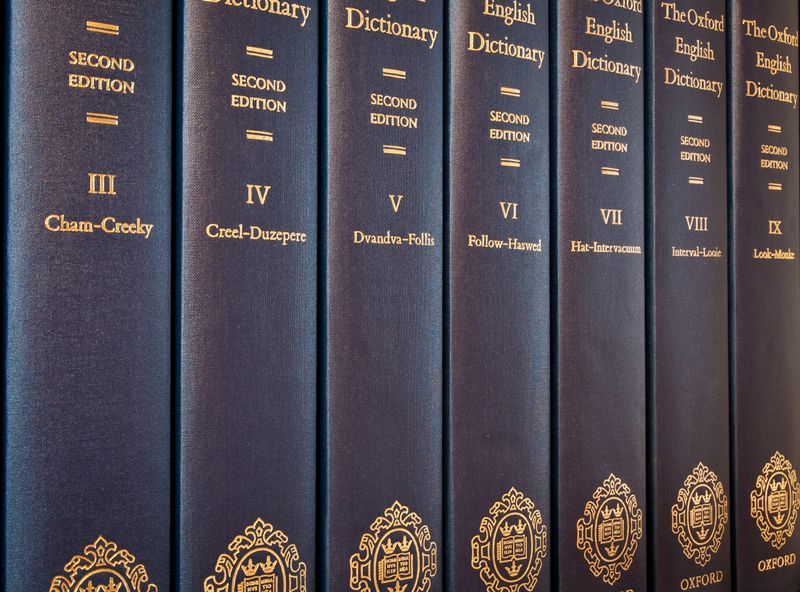 Words, words, words! Did you know that on February 1st, 1884 the first portion or fascicle of the monumental Oxford English Dictionary was published? Complete with inspiring quotations, multiple cross-references, and fascinating etymologies, the OED was edited by Scottish lexicographer James Murray (1837-1918) and made its debut today in history -- going on to surpass its proposed four volumes and taking eventually seventy years to complete from the date of its approval. Conceived by members of London's Philological Society, this scholarly work embodies the most authoritative approach to the history of the English language -- offering a detailed chronology of every word and phrase in the English vocabulary from 1150 A.D.

As language evolves and develops, so does the need to update and maintain our living history of vocabulary. After the final portion of the first edition of the OED was published in 1928 (bringing it to ten volumes), the editors and contributors started all over again! A supplement was published in 1933, followed by another four volumes between 1972-1986. The Second Edition was published in 1989, with supplementary volumes. Three volumes of Additions were published in 1993 and 1997. A Third Edition is currently in progress, having moved online with hundreds of new and revised words published quarterly.