A very happy Saturday (Caturday) to all, and with the weekend comes pleasant news that we have so rightfully earned. That's right, today's news features wonderful stories about animals and only animals, because we absolutely deserve that. Our selections are inspired by the Front Pages posted daily on FreedomForum.org. 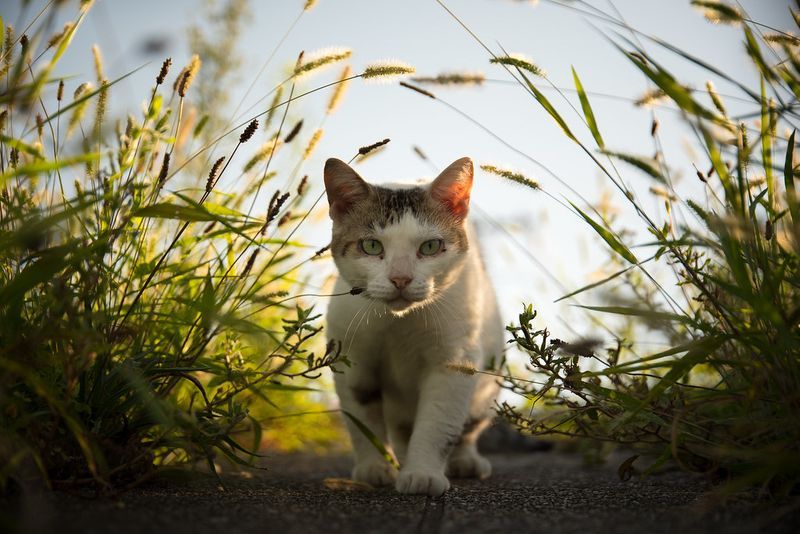 A local philanthropist and business owner by the name of Jim Bel has officially donated a building to a local cat rescue organization called Hobo Hotel. Bel, who is a big fan of cats, has been letting Hobo Hotel use the building he formerly owned since 2007 and has covered all utilities for them during that time. He wanted to focus his efforts towards cats because they weren't getting the same attention and care as dogs at the time, and cats have a lower adoption rate and higher rate of homelessness than dogs. Hobo Hotel was established in 1998 as a no-kill shelter for stray and rescue cats, and they provide adoption and fostering services, as well as spaying, neutering and micro-chipping. Since they've opened, they've managed to spay and neuter about 6,000 cats. 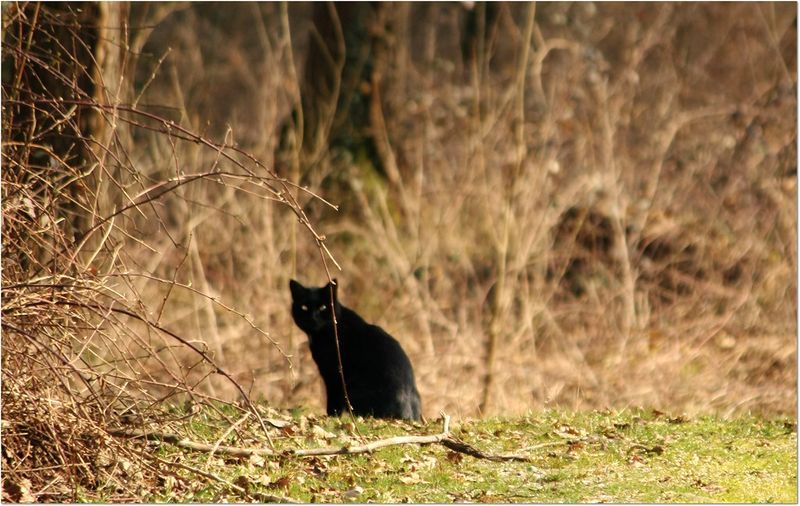 Grace lived at the Colonial Capital Humane Society in Yonkers for 8 years, ever since she was a kitten, and was deemed "unadoptable", although there was nothing wrong with her (other than needing a special diet). Grace, who "likes who she likes", seemed more interested in taking care of other cats at the shelter than convincing prospective owners to like her. The shelter decided to submit Grace to a national contest hosted by Arm & Hammer, where they would select three "unadoptable" cats and give them national promotion, access to an esteemed cat behaviorist, and a $10,000 donation towards their shelter. Grace was one of the cats to be selected, and her story was aired on the Today Show, where a woman who had previously adopted an "unadoptable" cat fell in love with Grace and drove 9 hours to adopt her. Along with Grace, her new mom adopted a shy kitten named Braves, who Grace had taken to mothering. 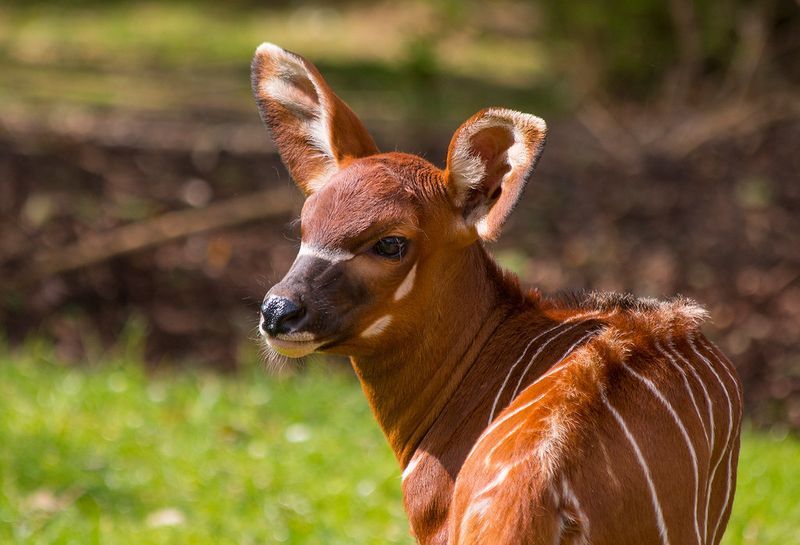 It's a girl! Baby bongo born at Naples Zoo, third since 2019

The Naples Zoo in Florida announced Friday morning that an Eastern bongo had given birth to a healthy and thriving female calf. The calf, who does not yet have a name, was 46 pounds and 2 feet tall at birth. Bongos, which are critically endangered, are the largest of the forest antelope and can grow to weigh anywhere from 525 to 880 pounds. The Eastern bongo was hunted out of Uganda a century ago, and only 70-80 remain in the wild in Kenya. While wild populations have declined, accredited zoos have been carefully breeding mountain bongos to return to the Mount Kenya Wildlife Conservancy in Africa, and the calf's parents were matched by the Species Survival Plan, which aims to create the greatest genetic diversity in the future population as the species is rebuilt. 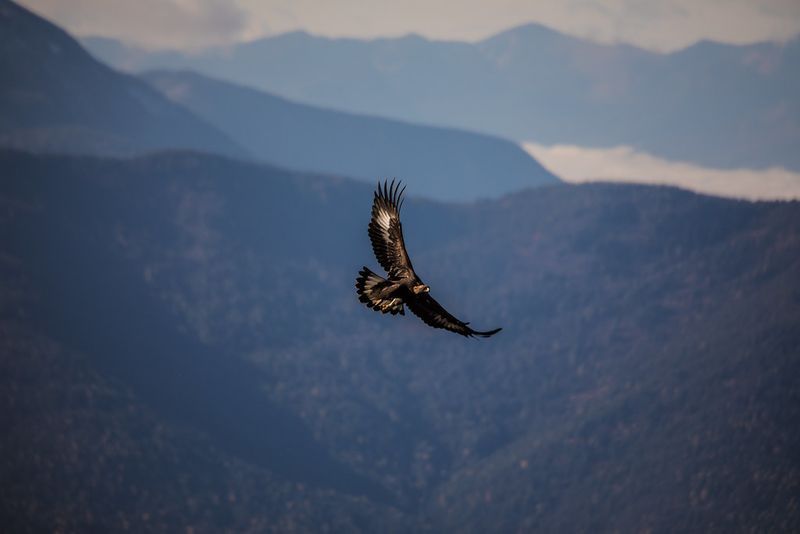 Flight of Freedom: A Golden Eagle, fully recovered from a wing injury, is released back into the wilds of Solano County

Gary Paulson was driving when he came across a large bird on the side of the road. The bird, which turned out to be a golden eagle, had a wing injury and was hopping around, unable to fly. Paulson called Humane Animal Services, where Officer Mike Barnett was able to transfer the bird to Suisun Wildlife Center. The wildlife center, which has a new aviary, was able to take over caring for the bird, who had an injury to his right elbow and had grown thin and weak. Through medicine, rehab and rest, the golden eagle began to regain health and heal, and the wildlife center was recently able to release him back into the wild. This was only the second time in 44 years that they had been able to successfully rehabilitate and release this type of bird. 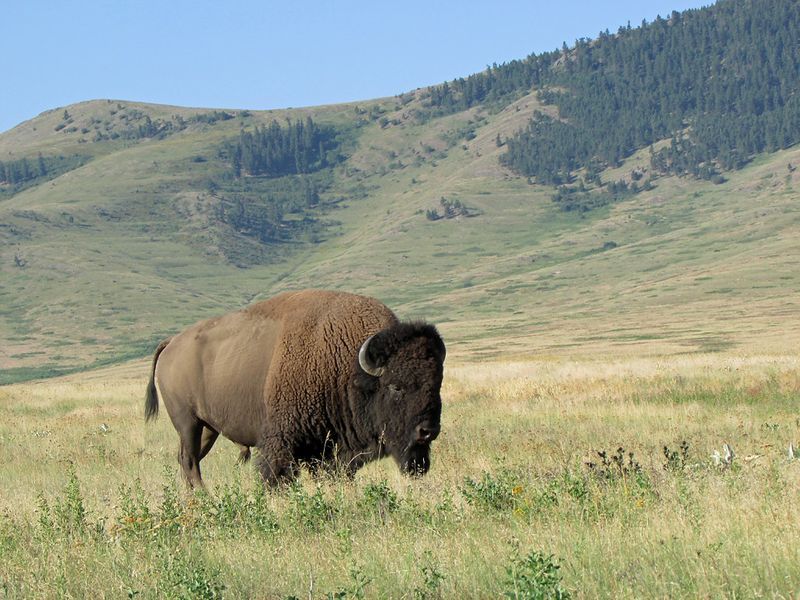 National Bison Range in MT by Landscapes in the West, Credit Courtesy of Creative Commons.

A few weeks back, I featured an article about the passing of the Montana Water Rights Protection Act and how this is a long overdue win for the local tribes, as they will regain some river and land that is rightfully theirs from the federal government. With this act also came a transfer of the National Bison Range back to the Confederated Salish and Kootenai Tribes, which ends a battle for management of one of their most significant cultural resources that had continued for decades. Now 19,000 acres that were wrongfully and non-consensually taken from the tribes will be returned to their possession. While allowing for a smooth transition, the CSKT wants to make a few upgrades to the range, including improving nutrition value of the vegetation used by the animals for grazing, increasing the number of bison on Red Sleep Mountain, better protecting the bison and sharing the story of the majestic animal that is extremely important to their culture. Eventually, Red Sleep Mountain will be staffed by members of the CSKT.