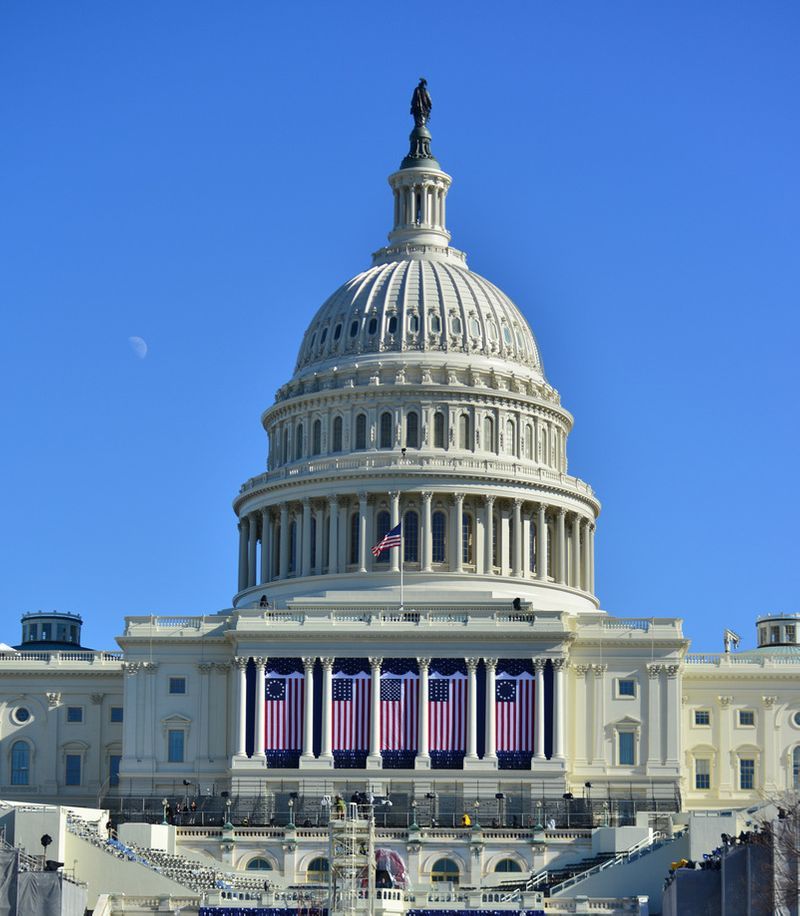 The United States Presidential Inauguration marks the beginning of the four-year office term of the President of the United States. Taking place at 12noon Eastern Standard Time, the ceremony has been held on January 20th, since 1937 when Franklin Delano Roosevelt was sworn into office for a second term. Typically held at the Capitol Building, Inauguration Day has developed from the recitation of a simple oath, to a full program of events, with parades, balls, and other social events celebrating the peaceful transfer of power.

While George Washington's inauguration took place April 30th, 1789, inaugurations prior to 1937 usually occurred March 4th, until the ratification of the Twentieth Amendment to the Constitution which set the term dates of government officials. In addition to members of the general public, inauguration is attended by the vice president, members of Congress, justices of the Supreme Court justices, high-ranking military officers, former presidents, living Medal of Honor recipients, and other dignitaries. The outgoing president and vice president also usually attend.

The inauguration of Joseph Biden on January 20th, 2021 as the 46th President of the United States represents an historic one, with select attendees in a time of global pandemic. Joe Biden will be joined by former Presidents Barack Obama, George W. Bush, and Bill Clinton, along with their spouses, who will travel to the Arlington National Cemetery to the Tomb of the Unknown Soldier. Military escort of President Biden back to the White House will proceed, followed by an evening of remote activities.