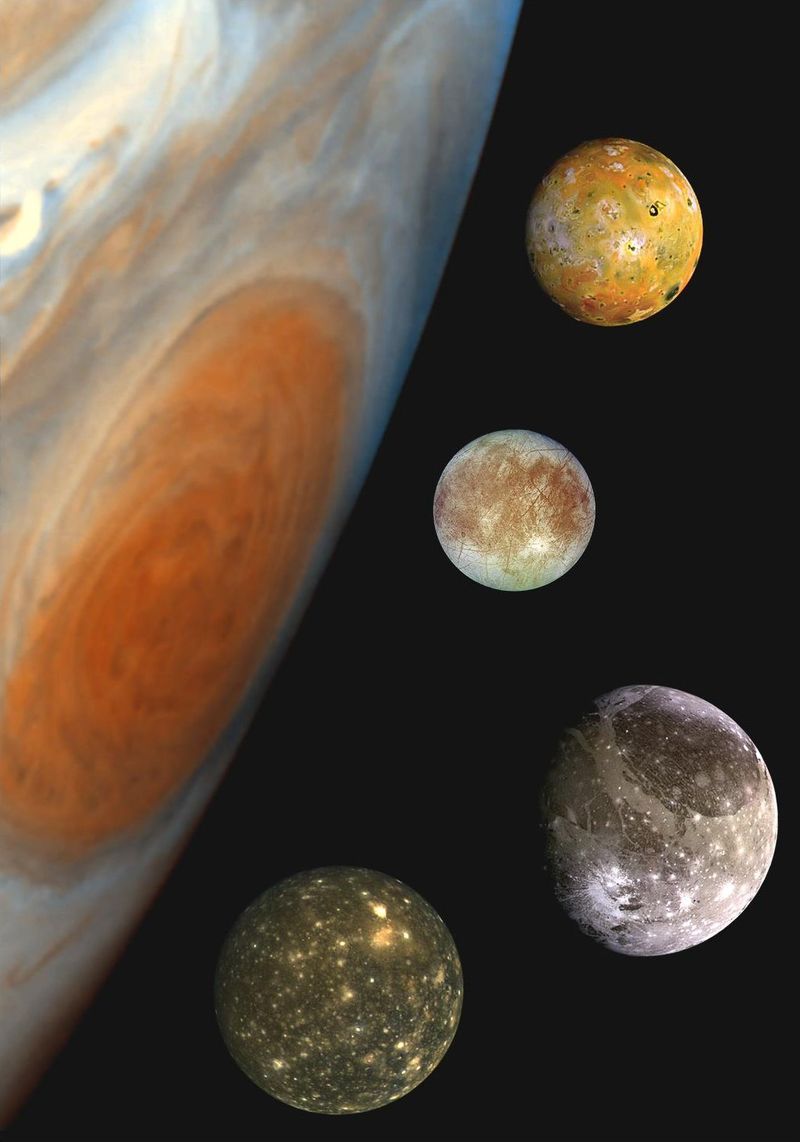 On January 7th, 1610, Italian astronomer, natural philosopher, mathematician, and teacher Galileo Galilei (February 15, 1564 - January 8, 1642) discovered that four moons or satellites revolve around the planet Jupiter. In his book, The Sidereal Messenger, he describes them, naming them after the Medici family, his patron. His discovery substantiated the significant theory that the Sun, not the planet Earth, was the center of the universe -- in line with the beliefs of fellow Polish astronomer Nicolaus Copernicus, as opposed to the Greek philosopher Aristotle. In addition, Galileo found that the telescope showed many more stars than visible solely to the human eye -- expanding man's understanding of the universe and its heavenly bodies.Galileo was tried by the Cardinals of the Roman Catholic Inquisition in 1633 for his belief in heliocentrism; he was imprisoned and sentenced to house arrest for life for his failure to rescind his doctrines.

Galileo's achievements inspired scientists over the following centuries to pursue discovery and knowledge of the solar system, helping prove that the Earth revolved around the Sun. His other main contributions included the phases of Venus, observation of Saturn's rings, and analysis of sunspots. His revolutionary vision led to Modern Astronomy, the renaming of the moons around Jupiter (now known as Galilean moons), and voyages of the Galilean Spacecraft, an American space probe which studied Jupiter's atmosphere over a period of fourteen years.