Did you know that American politician, educator, and author Shirley Anita Chisholm (nee St Hill) was also an alumna of Teachers College, Columbia University? Chisholm earned her MA in elementary education here in 1952, while serving as a teacher's aide in a Harlem nursery school. Following her degree she directed the Friends Day Nursery in Brownsville, Brooklyn -- becoming recognized for her work in early childhood education and welfare -- before she took central stage for a highly successful political career.

Born in Brooklyn on November 20th, 1924,, Shirley Chisholm became the first African American woman elected to the United States Senate, where she represented New York's 12th Congressional District from 1969-1983. Chisholm was an outspoken proponent of food and nutrition programs for the poor, influencing the nation's Food Stamp Program and creating the Special Supplemental Nutrition Program for Women, Infants, and Children. Despite campaign underfunding, she became in 1971 the first African-American major-party candidate and first woman to run for President of the United States. Her superior oratory skills were evident from an early age -- going back to her undergraduate years at Brooklyn College, where she won prizes in debate. She advocated for inclusion by African Americans in the military and women in general, and her powerful speeches for equal rights were significant to service throughout her lifetime.

Chisholm returned to teaching after seven terms in government. At Mount Holyoke College in Massachusetts, she held the "Purington Chair" (a post awarded to poet W.H. Auden, Nobel Laureate Bertrand Russell, and writer-librarian Arna Bontemps, among others); there she led classes across the curriculum, inspiring students in pursuit of education and democratic ideals. She received honorary degrees from several universities, as well as the Presidential Medal of Freedom in 2015, posthumously from Barack Obama.

Named in her honor, the Shirley Chisholm State Park is the largest expanse of New York City parkland covering 407 acres along the shores of Jamaica Bay in southeastern Brooklyn. After eight years of planning and development by the State Department of Parks, Recreation and Historic Preservation, the Chisholm State Park opened on July 2nd, 2019.

The following articles are drawn from Proquest Historical Newspapers, which informs and inspires classroom teaching and learning 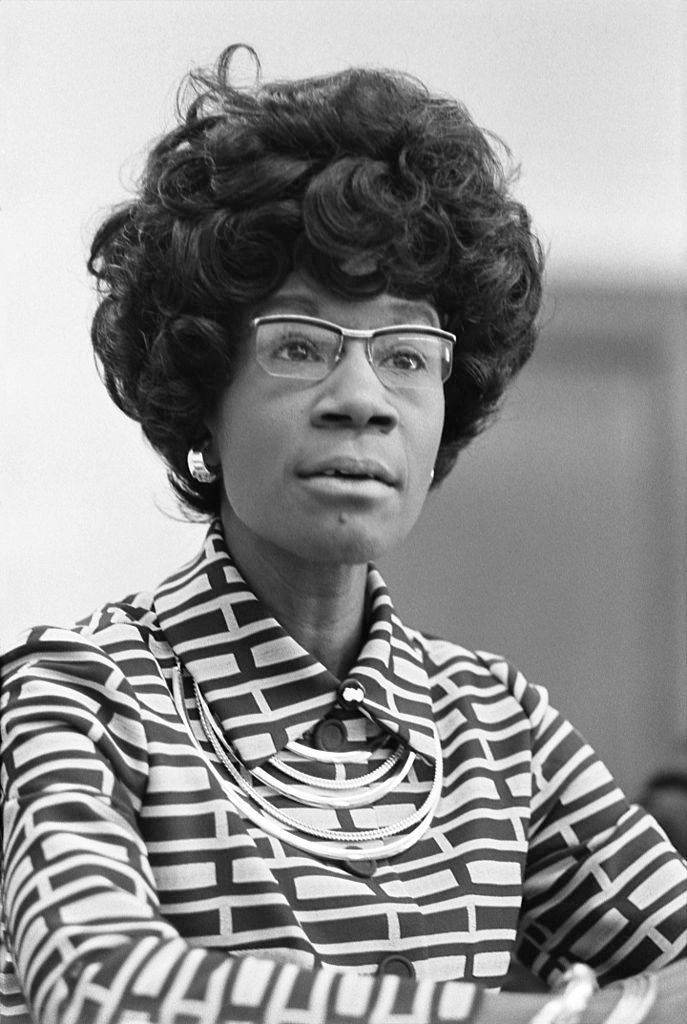