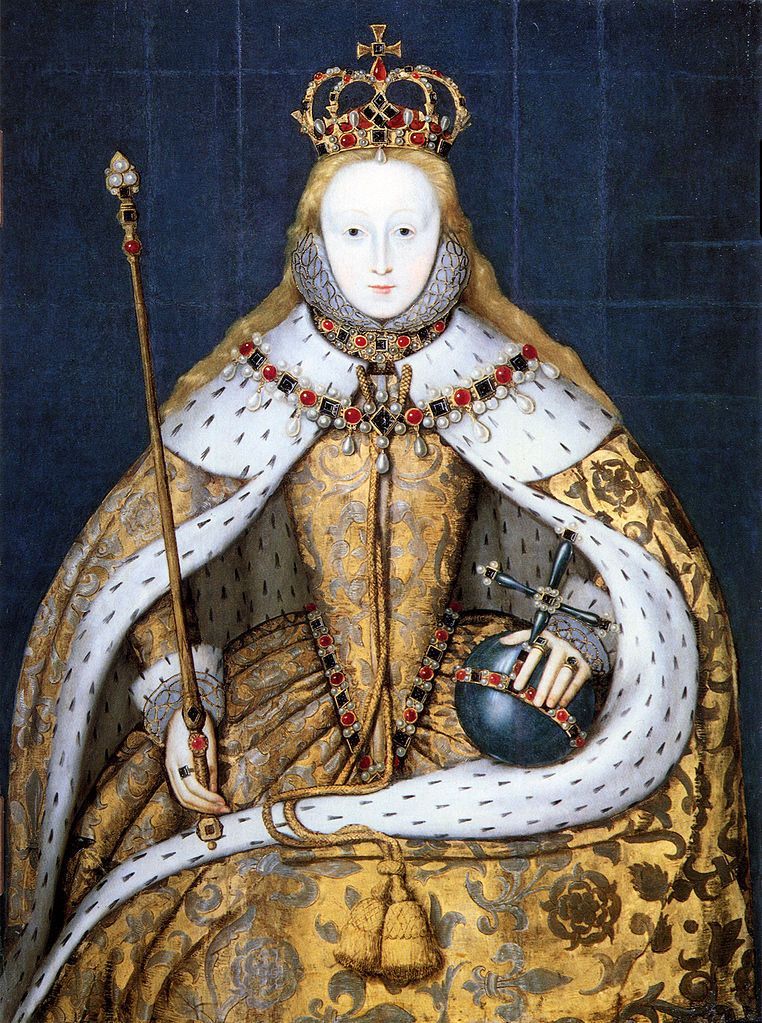 On November 17th, 1558, Elizabeth Tudor at the age of 25 years succeeded her half-sister Queen Mary, to the throne of England. Daughters to the exuberant King Henry VIII, Mary was brought up as Catholic and became known for her efforts to reverse the English Reformation, while Elizabeth, was raised as Protestant and lent wittiness and temper to her strong-willed personality. Nicknamed the "Virgin Queen" or "Good Queen Bess," Elizabeth the First reigned from 1558-1603; one of England's greatest monarch's, she refused to marry in order to protect the crown and maintain her authority, while the Pope refused to acknowledge her legitimacy as a ruler descended from Anne Boleyn, King Henry's second wife beheaded for treason. Despite division, the Elizabethan Age signified an illustrious period of religious tolerance, culture, and the arts, with England becoming a superpower in politics, as well as commerce. Elizabeth prompted discovery of the new world, supporting Sir Francis Drake's circumnavigation of the world and Sir Walter Raleigh's voyages to North America. As an important era of study and research, we highlight select resources about the Elizabethan Age which has figured in the news and scholarship throughout the centuries.