Today marks a tremendous moment in history. This afternoon, Joseph R. Biden Jr. won the 2020 race for the 46th president of the United States. As the final vote counts trickled in from Pennsylvania and Nevada, it was announced that Biden won 273 electoral votes, solidifying his lead over President Donald Trump and pushing him past the needed 270 electoral votes to become president-elect. Significantly, Senator Kamala Harris makes history as the first woman, first Black, and first South Asian vice president-elect. 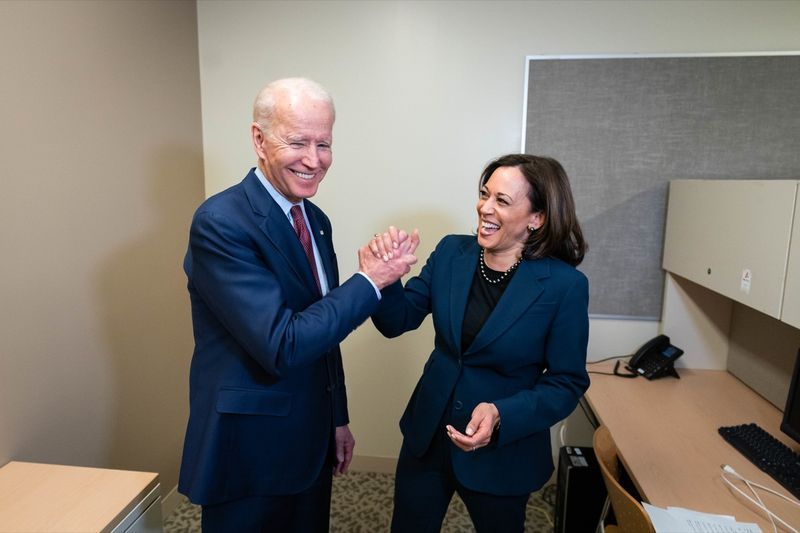 Around the world, there has been an outpour of emotions—from joy and pride, to relief and resolution, to devastation and disbelief. While Democrats are celebrating this historic win, the Republican party expresses wrongdoing in the voting process. Biden has already won the president-elect, but as of now, we wait for the final calls in Arizona, Georgia, and North Carolina. Throughout this time, President Trump has accused states and vote counters of malfeasance—particularly targeting the legitimacy of absentee, mail-in votes. Political analysts and party members do not expect a typical concession from Trump and that legal allegations might draw out over the coming months.

In today’s daily news roundup, we’ll take a look at how communities across the nation and around the world are reacting to the results of the 2020 presidential election. It has undoubtedly been an unprecedented campaign and election. It has been exhausting, tumultuous, and deeply divided. But as it comes to an end, politicians and Americans are calling for the country to come together—to unify. It’s a personal pleasure and honor to be writing today’s Daily News from Around the World, as a journalist, educator, Asian American, and citizen of the United States. Regardless of your party or who you voted for, the country will move forward. We hope you stay safe on this historic day. Today’s headlines are collected from Newseum:

This Saturday, Joe Biden achieves victory in the 2020 presidential race on his platform to heal and unify the nation. Throughout his campaign, he has promised to restore political normalcy and the spirit of unity as the country faces the COVID-19 crisis, economic downfalls, and civil unrest and racism. The result also provided a history-making moment for Senator Kamala Harris of California, who will now be the first woman to serve as vice president. It must be noted Biden’s long journey to the presidency—he had run for the Democratic presidential ticket twice before in 1988 and 2008. Biden wins PA: How the former VP reclaimed his home state and the blue wall

It was a game-changing win for Joe Biden when he took Pennsylvania’s 20 electoral votes, sending him to the White House. Pennsylvania had been one of the states the nation had been watching closely, with many of the in-person voting leaning towards Trump earlier this week. As mail-in votes were tallied, Trump’s lead slowly shrank with Biden ultimately taking back the state—his native state, where he grew up in Scranton.

Nevada was another state the country has been watching closely as votes were slowly tabulated for accuracy. The state had mailed ballots to all active registered voters this year due to the pandemic, which the Trump campaign had challenged. Poll workers, who have been prioritizing accuracy over speed, are being scrutinized, particularly in Clark County which includes Las Vegas. Biden’s lead grew as more mail-in ballots were counted.

California Senator Kamala Harris makes history as the first woman to be elected U.S vice president. The Oakland-native is also the first Black and first South Asian vice president-elect. The San Francisco Chronicle takes a look back at her political career and historic ascension through images. It’s a moment reporters are saying will resonate with future generations to come. Take a look at these incredible photos of Harris, her life, and political career. While many media outlets are still waiting for final results, Arizona Republic is projecting a win for Joe Biden in Arizona. The state was another close call between the two candidates as many watched as votes were slowly tallied. In 2016, Arizona had been one of the critical states to go to President Trump, but it has now shifted in the past two years from Republican to a now “purple” or even blue state. Biden’s campaign benefited from the support of Republican Cindy McCain, widow of late Arizona Senator John McCain—a longtime friend to Joe Biden. However, many Republicans in Arizona expressed outrage and anger throughout the election, continuing to sow division.

As news broke out of Biden’s win, political leaders from around the world quickly began to send their congratulations. Leaders in Ireland, Canada, Britain, France, Germany, Greece, Belgium, and the European Union were among those who have already sent words of congratulations and statements of optimism of working together in the future. President of Ireland Michael D. Higgins extends a congratulations to Joe Biden this Saturday. He says: “The bonds between the peoples of Ireland and the United States are close and strong, and I look forward to our two countries working together to rebuild the much-needed trust in the methods and institutions of national and international solidarity and cooperation.”

Canadian Prime Minister Justin Trudeau was one of the first leaders abroad to congratulate president-elect Joe Biden and vice president-elect Kamala Harris. Trudeau took to Twitter saying: “Our two countries are close friends, partners, and allies. We share a relationship that’s unique on the world stage. I’m really looking forward to working together and building on that with you both.”