In today's headlines from around the world, America's Presidential candidates visit the Midwest and South, fires overwhelm West coast communities, a seven year old in a small Arkansas town beats a world record, and protests spark in Philadelphia over the death of Walter Wallace, Jr.

As always, our selections are curated from the front pages of https://www.newseum.org/ 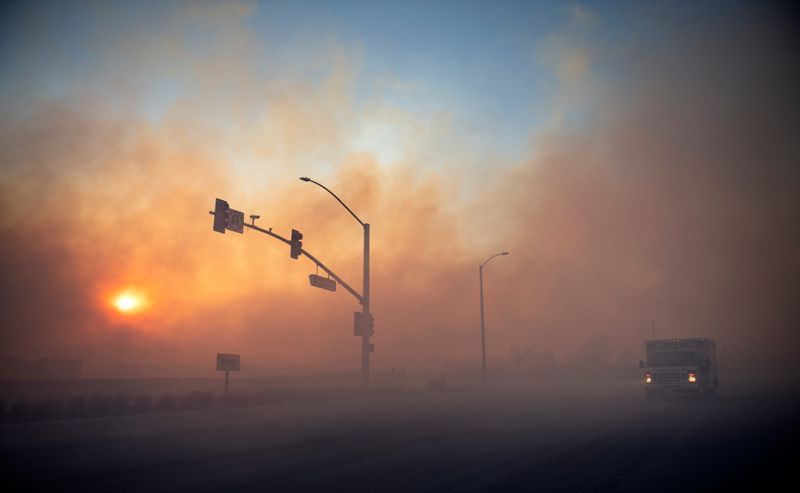 Image courtesy of Mindy Schauer for the Orange County Register

On the West coast, strong winds continue to stoke the Silverado fire which has now spread to thirteen thousand, three hundred fifty four acres. Two firefighters sustained burnover injuries and over ninety thousand residents were forced to evacuate as of Monday. Meanwhile the Blue Ridge fire has scorched fourteen thousand, three hundred thirty four acres near Orange and Riverside counties, evacuating thirty thousand people between Chino Hills, Yorba Linda, Brea, and Carbon Canyon. Firefighters are overwhelmed, claiming that only five percent of the disaster has been contained. Helitankers continue to douse thousands of gallons of water on the flames, but it may not be enough due intense winds and poor air quality. 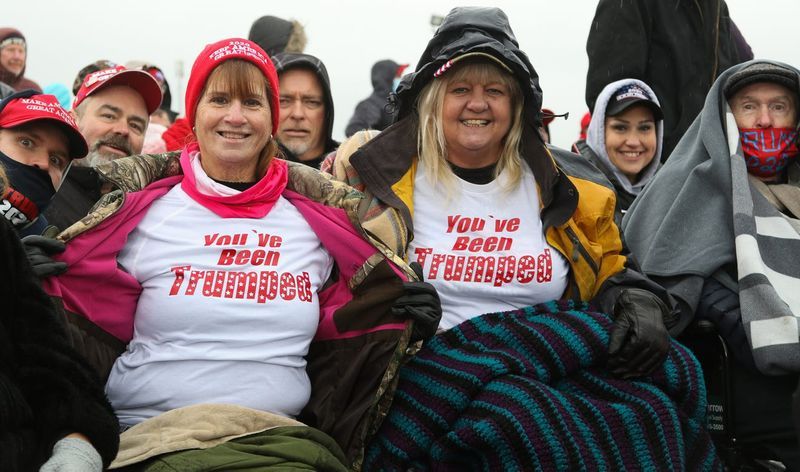 In one of his three rallies on Tuesday, with a week left to go in the election, President Trump drew a large turnout at Capital Region International Airport in DeWitt, Michigan. Though Biden is currently leading in most local polls, the swing state is crucial to the fate of the election, with Trump having won by ten thousand votes in 2016. Thousands gathered to express their support, some chanting 'lock her up' in response to Trump's criticism of Michigan Governor Gretchen Whitmer. Trump referred to Whitmer as "a disaster" for enforcing strict guidelines during the pandemic, having made the state "a prison" due to the closure of schools, which are in fact currently open. "This election is a matter of economic survival for Michigan," he stated, warning that a Biden presidency would promise raised taxes and an influx of immigration that would "turn Michigan into a refugee camp". Joe Biden plans to visit the state on Halloween day. 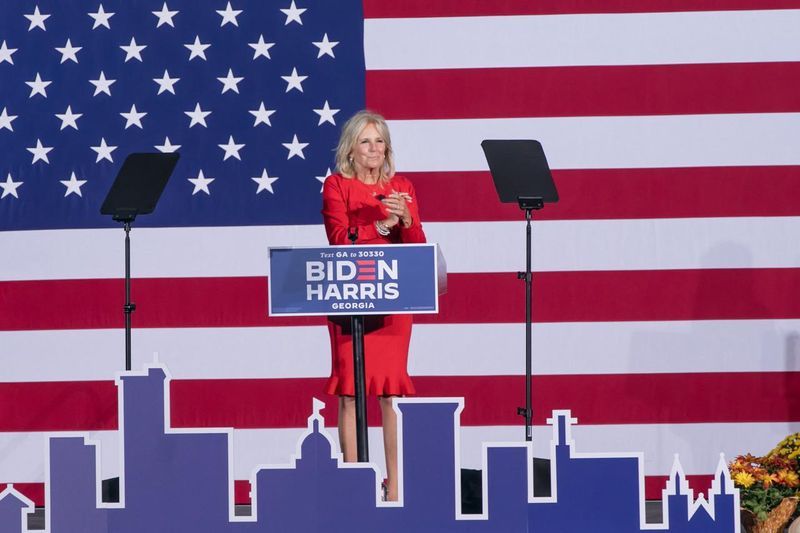 Doctor Jill Biden hosted a drive-in rally at Savannah State University on Monday, encouraging attendees to 'get out the vote'. Former Vice President Biden's wife described his honesty, consistency and unmoved character as a husband, friend and politician. "Over the years I’ve seen Joe get knocked down, but he always got back up", she exclaimed. The rally attracted several various attendees, including a small counter-protest of Trump supporters who gathered nearby and ten year old Noah Feinberg, who filmed a short video expressing his enthusiasm for Biden's plan to increase funding for education, citing lack of support for special needs resources under the current administration. Local politicians such as State Representative J. Craig Gordon, Representative Carl Gilliard, Mayor Van Johnson and State Senator Lester Jackson all spoke at the event to show their support for Biden. "We need your help. We need you to vote” urged Johnson. 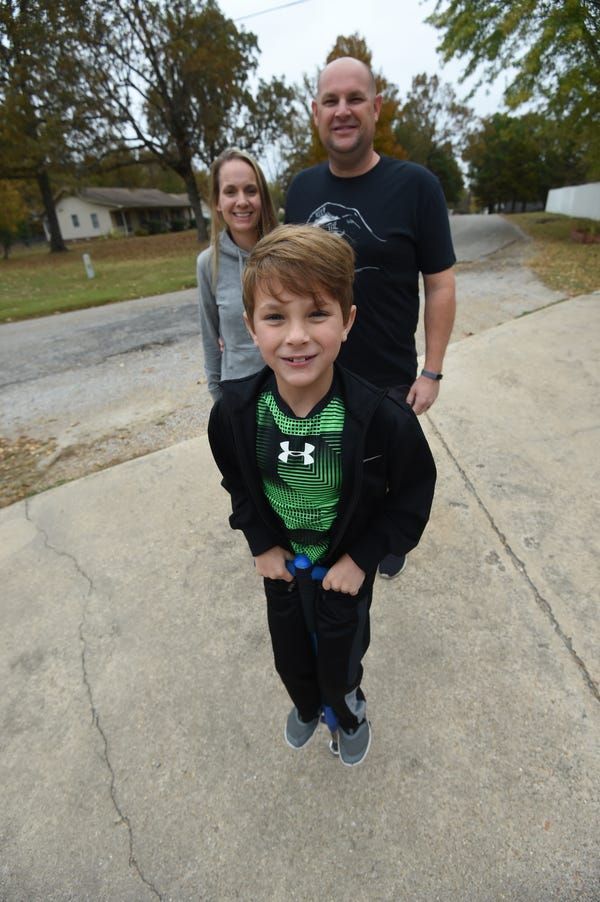 Image courtesy of Josh Dooley for The Baxter Bulletin

Seven year old Jace Bickford may have broken the world record for consecutive jumps on a pogo stick, having reached six thousand twenty four hops in one go. A fifty five minute, fifty three second video documents the achievement after Bickford beat a personal goal of two thousand, three hundred nine jumps. Having simply started pogo sticking just for fun, Jace became determined to beat the former record of twenty four hundred jumps once realizing he maintained excellent balance. "I was thinking positive, I was thinking I could do it," he said. "Then, a few days ago, I beat it. It took me 55 minutes of Pogo sticking. The toughest part was my leg started itching. I jumped off on purpose." 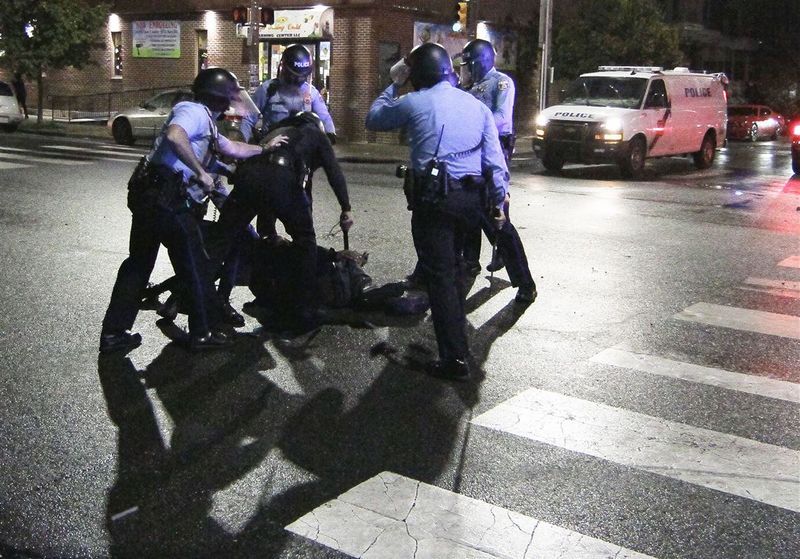 Image courtesy of Elizabeth Robertson for The Philadelphia Inquirer

On Tuesday night in West Philadelphia, over five hundred people marched in protest of twenty seven year old Walter Wallace Jr.'s death at the hands of local police Monday. Wallace's parents claim they called an ambulance for medical assistance, stating that the police had visited the home earlier that day and were aware that the call was in regards to a mental health crisis. “They stood there and laughed at us” said Cathy Wallace, the victim's mother. A video of the incident shows two officers shooting Wallace fourteen times, seven shots per officer, who claim he was holding a knife and was asked to release the weapon. Philadelphia police arrested about ninety people Tuesday night, while about thirty police officers sustained injuries from thrown bricks and other debris during the protests, prompting a statement from the White House that the Trump administration “stands proudly with law enforcement, and stands ready, upon request, to deploy any and all Federal resources to end these riots.” Police lined up in preparation for the evening at the 52nd Street corridor, the same site where protestors gathered after George Floyd was killed by Minneapolis police earlier this year.

Voting in the election this week? Find your local polling site and make a plan!

Posted in: Learning at the Library|By: Jordyn Blakely|126 Reads