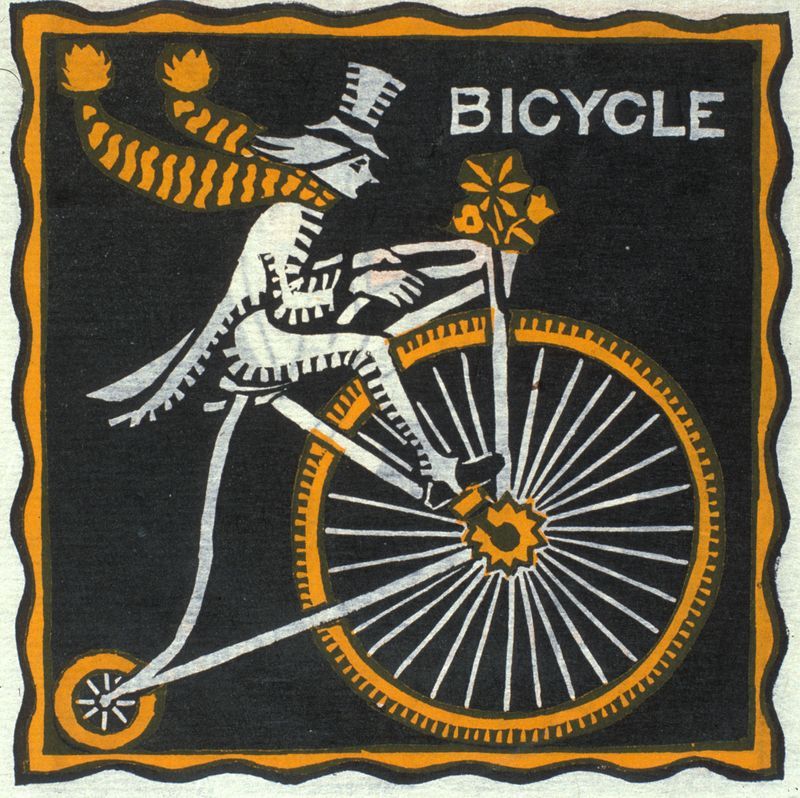 When the spirits are low, when the day appears dark, when work becomes monotonous, when hope hardly seems worth having, just mount a bicycle and go out for a spin down the road, without thought on anything but the ride you are taking.

Known also as the "velocipede,” “hobby-horse,” “draisine” and “running machine, the bicycle as we know it evolved throughout the nineteenth century. What started at the hands of German baron Karl von Drais -- who in 1817 created an awkward two-wheeled contraption with padded saddle and armrest -- grew eventually into not only a viable form of transportation, but a highly popular pastime, thanks to several ambitious inventors on both sides of the Atlantic. W. K. Clarkson, Jr. of New York earned a U.S. patent for a new and improved velocipede on June 26, 1819. Clarkson is credited for making the first bicycle in the United States. However, not much is known about the patent itself, for its record was destroyed by a fire at the U.S. Patent Office some fifteen years later. Bike enthusiasts and others continue to marvel at the mystery of the bicycle's revolutionary design, from the unicycle, to the pennyfarthing, tricycle to safety cycle, quadracycle to pedal cycle, racing cycle to electric bike.