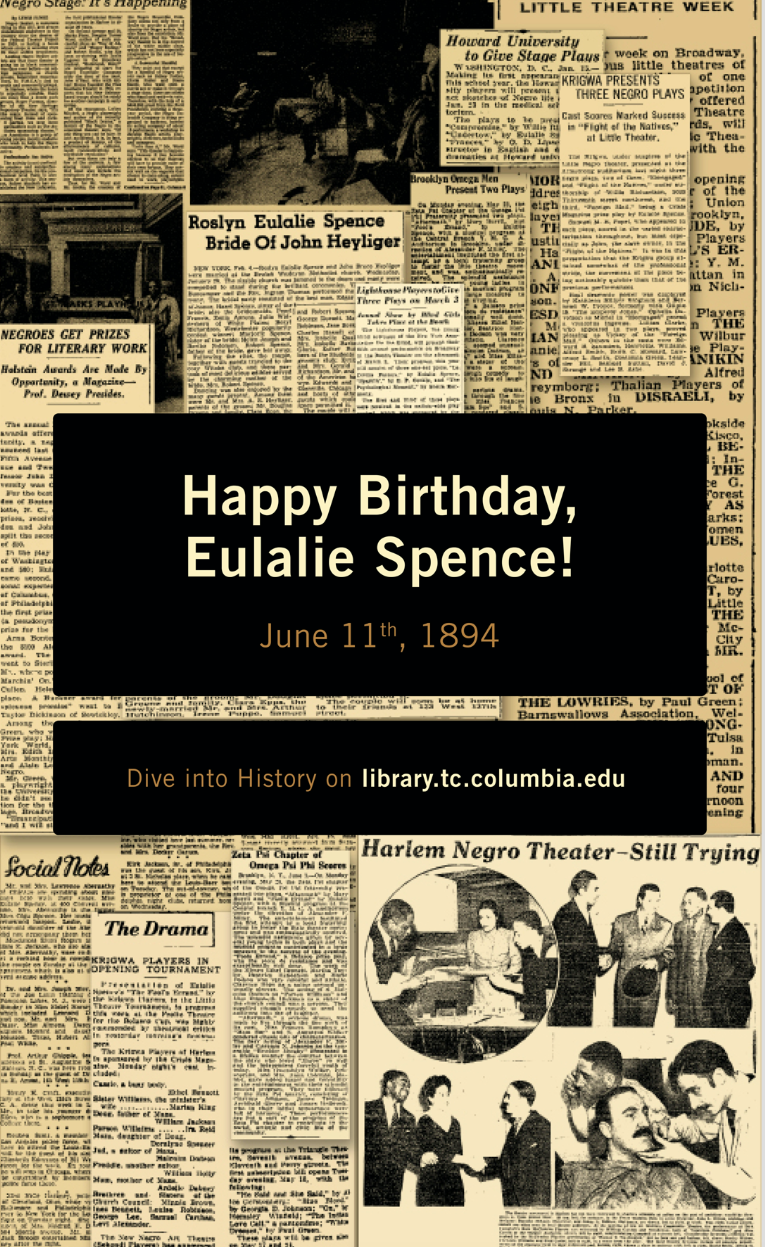 A gifted black writer, teacher, director, actress, and playwright and influential member of the Harlem Renaissance, Eulalie Spence was born on June 11th, 1894 on the island of Nevis in the British West Indies. She grew up on her father's sugar plantation, which tragically was destroyed by hurricane in 1902, prompting her family's move to New York City where they lived first in Harlem and then Brooklyn. Despite hardship, Eulalie received an excellent education, attending Wadleigh High School for Girls, the New York Training School for Teachers, New York University, and ultimately Teachers College, Columbia University where she earned a Master of Arts in Speech in 1939.

The author of more than a dozen known plays, Eulalie Spence was prolific during the 1920s-1930s. Many of them are set in Harlem and were performed by Krigwa (Crisis Guild of Writers and Artists), an association founded by W.E. Dubois, and one that she helped make famous through her successful writing about Afro-Americans. Represented themes in Spence's work include black feminism and working class life, with commitment to dramatic form and Black dialect. Eulalie wrote her first play, The Starter, in 1923 and her last, The Whipping, in 1934. She considered herself a folk dramatist, writing mainly for fun and entertainment and not financial reward.

Spence taught and acted for the Columbia University Laboratory Players. She began teaching at Eastern District High School in Brooklyn, a predominantly white high school, in 1918 and remained there for over thirty years, highly engaged in elocution, English, and drama classes.

With apologies, an incorrect image of Zora Neale Hurston was posted to this blog on June 11, 2020. It was taken down on August 16, 2020 and a correct image of Eulalie Spence is currently being sought for use.