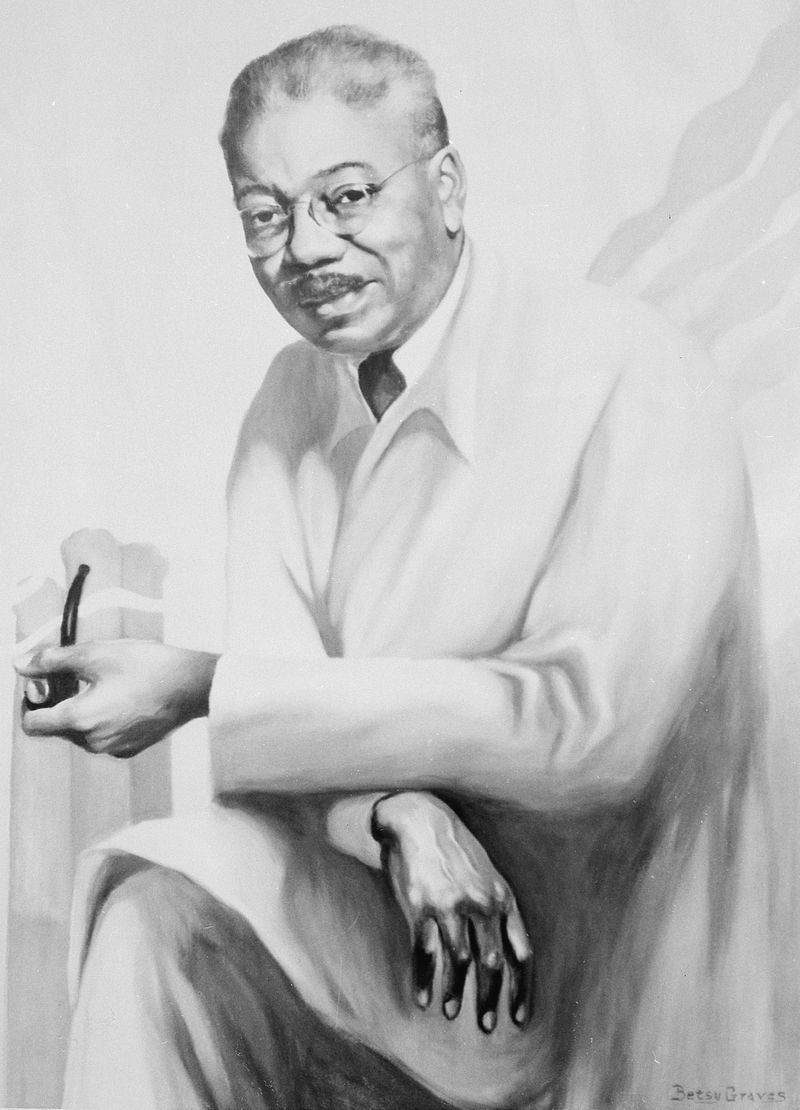 A leading visual artist of the Harlem Renaissance and a visual arts educator, Aaron Douglas was born May 26, 1899 in Topeka, Kansas to Aaron Douglas, Senior, a baker, and Elizabeth Douglas, artist. After attending Topeka High School, he attended free art classes at the Museum of Art in Detroit before going to the University of Nebraska, where he earned a Bachelor of Arts in Fine Arts in 1922. En route to Paris via New York three years later Douglas began studying under German-American artist and graphic designer, Winold Reiss in Harlem. Welcomed by leaders of the New Negro Movement, he met influential writers, artists, and activists, among them James Weldon Johnson who invited Douglas to illustrate God’s Trombones: Seven Negro Sermons in Verse (New York: Viking Press, 1927).

Douglas wedded African art, cubism, and art deco in his work. Multiple art commissions followed, including murals for Fisk University in Nashville Tennessee where he taught art education from the 1930s and eventually became chairman of the department. He launched his first solo art exhibit in 1933 in New York at the D'Caz Delbo Gallery on Madison Avenue. Aaron Douglas retained an apartment in Harlem with his wife Alta, and with continuing presence, earned a Master of Arts from Teachers College, Columbia University in 1944. 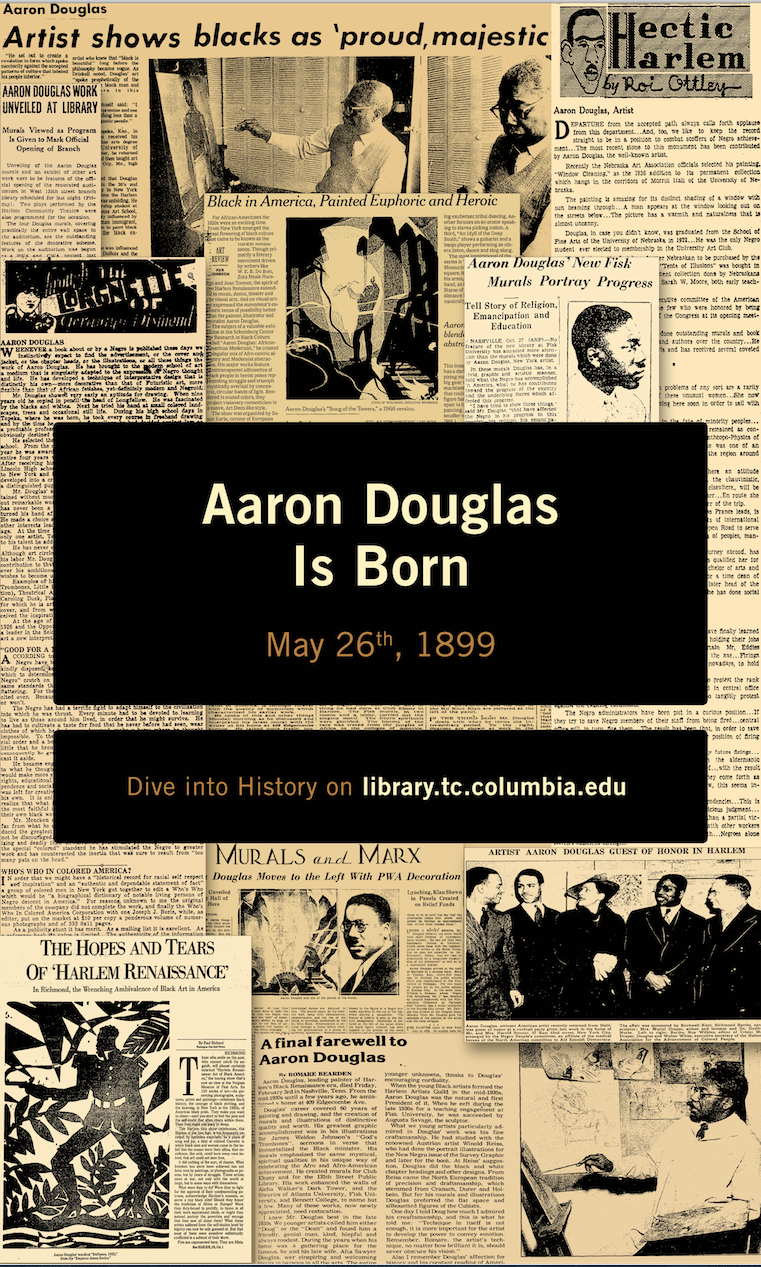