You choose a "focal group" to received analysis under this framework, but you consider them embedded within a larger suprasystem as well as made up of subgroups.

Boundaries hold a system together

They also allow exchanges with a system and its environment

They have a push/pull effect

Balance between forces depends the state of the entity’s environment

In safe, supportive environments it pays to be more open

In dangerous, hostile environments, it’s much better to be closed off

There are three main states: 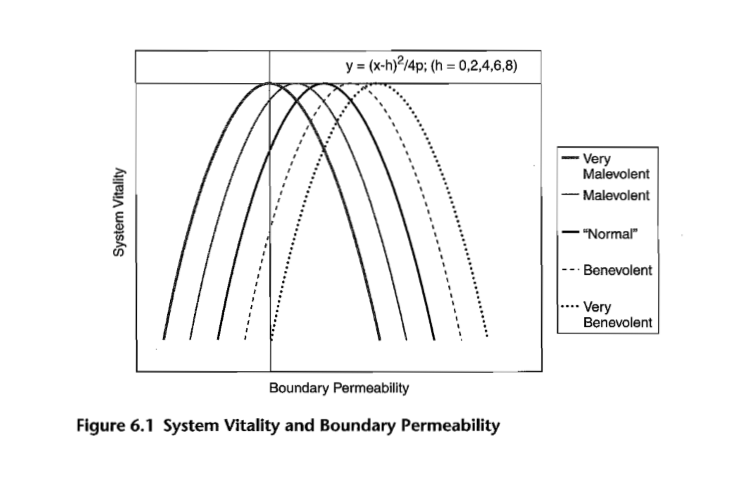 An underbounded group has boundaries that are more permeable than what is needed for that environment.

Features of such a group include:

Features of such a group include:

Happens by virtue of birth

These group identities are present with you wherever you go, but only become salient depending on the conditions of the interaction.


Happens by negotiations between themselves and the groups

Determined by type of work and place in hierarchy

Usually voluntary, but in cases of incarceration isn’t

Subjective membership is about how feeling attached to your group


Whether they intend to or not,individuals serve as representatives of multiple groups during interactions with others﻿

In the theory there are:

LAW 3 - The Experience of Persons as Multiple Group Representatives