What's Real in the Media?

Do you cringe at the thought of another tweet about “fake news”? Given unprecedented numbers of executive accusations about the Russian dossier, media in general, CNN in particular, and/or reports on government, health care, employment, is “fake news” a retaliatory slap, slippery slogan, or actual state of affairs in today’s political arena?

While bad information has existed for centuries, most pressing is the need for media literacy so that we can make informed choices and good decisions. This display presents insightful thinking behind “fake news” to raise awareness and steer us accordingly. 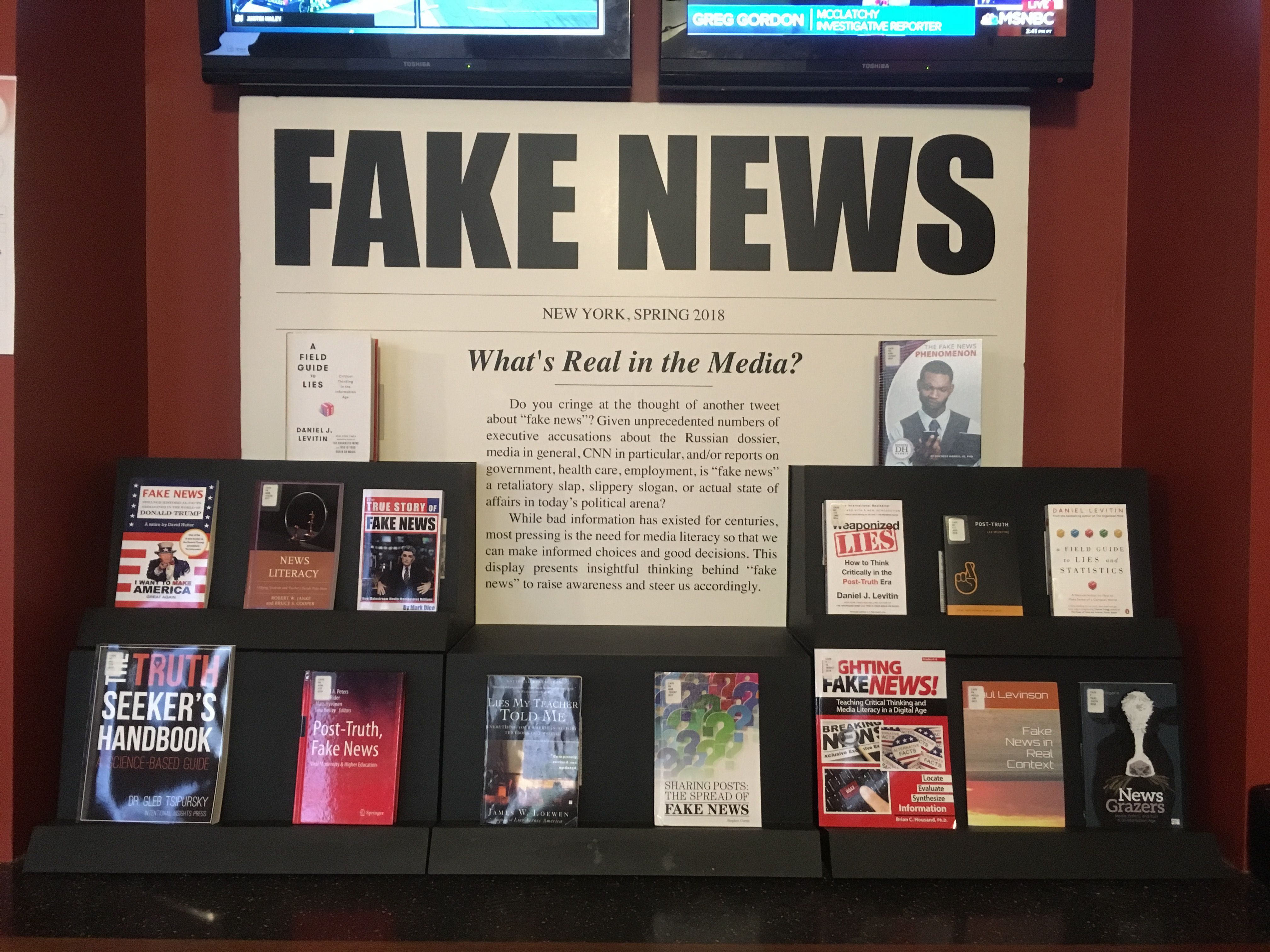