Nothing in this world is certain except death and taxes, according to Benjamin Franklin, creator of Poor Richard's Almanac, which references the heaviness of taxes, actual and metaphoric, paid by colonists. In the 21st century, tax reform should be added to the top of that list! Congress is tackling tax reform this fall with an eye towards simplifying the tax code. It's no small task. This cafe collection presents different views of tax reform and government funding, so that we can better understand how taxation affects the way our country is run and impacts out daily lives. 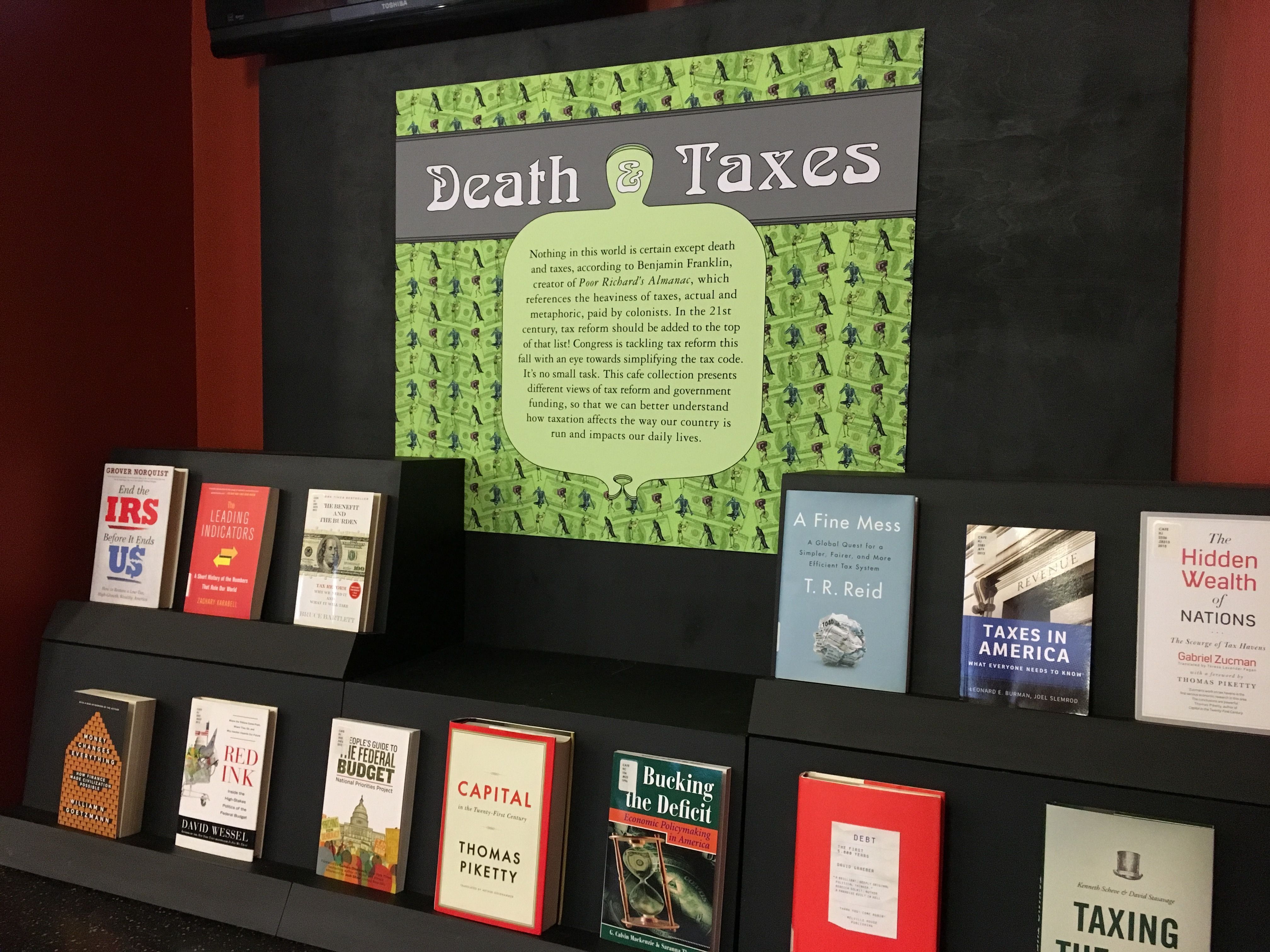