Last week, I introduced some information about the Irma Black Award and Cook Prize programs designed by Bank Street College in this blog post. These book awards are judged by children around the world in grades 1-2 and 3-4 respectively. I found out about this curriculum through a participating school where I've been fulfilling observation hours for a K-12 Information Literacy Instruction course at the Queens College Graduate School of Library and Information Studies.

On May 6, School Library Journal produced a write-up on Bank Street's award announcements. SLJ also provides some insight from student reactions to the books as noted in their ballots and instructor summations of the unit. The merits of student-centered instruction truly shine as instructors give their students the tools to critically analyze picture books from cover to cover, diving deep into language, art style, and layout. But the main event, the unquellable question resounding from first through fourth grade - "WHO WON???" - is still the focal point. 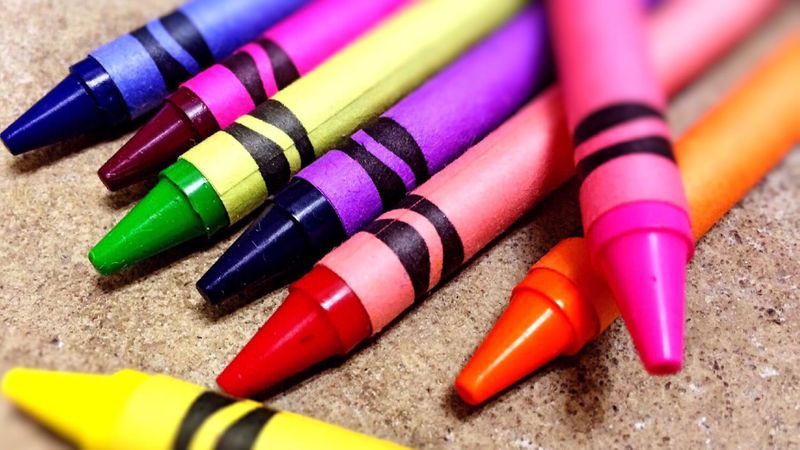 [image: Close-up of Crayons from Pexels, selected in honor of the Irma Black Award winning title.]

With 93 student judges at my observation site, the Cook Prize favorite was Hedy Lamarr's Double Life by Laurie Wallmark with 35.5% of the vote. The 89 student judges in the Irma Black Award category overwhelmingly favored The Crayon Man: The Story of the Invention of Crayola Crayons by Natascha Biebow, with 49.4% of ballots listing it as the best of the four contenders. The school librarian assured students that even if their votes were not for the school's winners, they would still be taken into account by Bank Street towards the worldwide vote.

The quantitative votes may account for the ultimate granting of the prizes, but qualitative information was also discussed. Our online library instruction periods shed light on comments left by students, challenging them to give reasons why a book should be considered "best" in its category. Students liked The Crayon Man for its colors, its familiarity (students in our virtual classes always ended up flashing their Crayolas to the camera by the end of the read-aloud), and how inspiring it is. The message gleaned by many students: even if what you invent is small, it can change the world in a big way. One student even pointed out that the narrative made her feel like she was transported back in time, watching while the story was happening - an extremely high honor for a nonfiction book.

As for Hedy Lamarr's Double Life, students thought that the illustrations helped them understand the science facts and processes in the book. They also appreciated the fact that it exposed the origin and history of frequency-hopping and how it is used today. Many reported that they were impressed by Lamarr's curiosity and drive, and realized that they too could blend their seemingly disparate interests into possible career paths. Finally, students remarked on the importance of seeing women making great strides in science, especially during historically crucial moments, and how stories that have been buried for so long deserve to be told.

Student judges at my observation site were delighted to learn that the Irma Black Book Award winner was The Crayon Man. They were justified in their selection, and had even heard from a partner school in Mumbai where first graders voted with similar results; they felt that they were able to successfully predict the outcome of the award selection with thousands of judges from around the world.

Third and fourth graders at my site found that Mario and the Hole in the Sky: How a Chemist Saved our Planet by Elizabeth Rusch was the ultimate Cook Prize winner. This book was the second choice within their class' polls. None of the students in any grade were unhappy with the results. Fourth graders were especially reactive to Mario and the Hole in the Sky when it was read aloud, as they found the text relevant to the current state of climate change, the denial of science by portions of world leaders, and the need for continued action. While the curriculum focuses on information literacy in terms of visual and verbal literacy skills, the Empire State Information Fluency Continuum (ESIFC) also lists ability to empathize with viewpoints other than one's own as an important skill. With no malice in the competition and with outstanding books all around, students truly took the lead in lifting up their peers' voices as well as their own.

Although the awards ceremony has been cancelled, acceptance speeches and past awards ceremonies will be viewable on the Irma Black Award and Cook Prize sites.

Posted in: Learning at the Library|By: Rachel Altvater|693 Reads