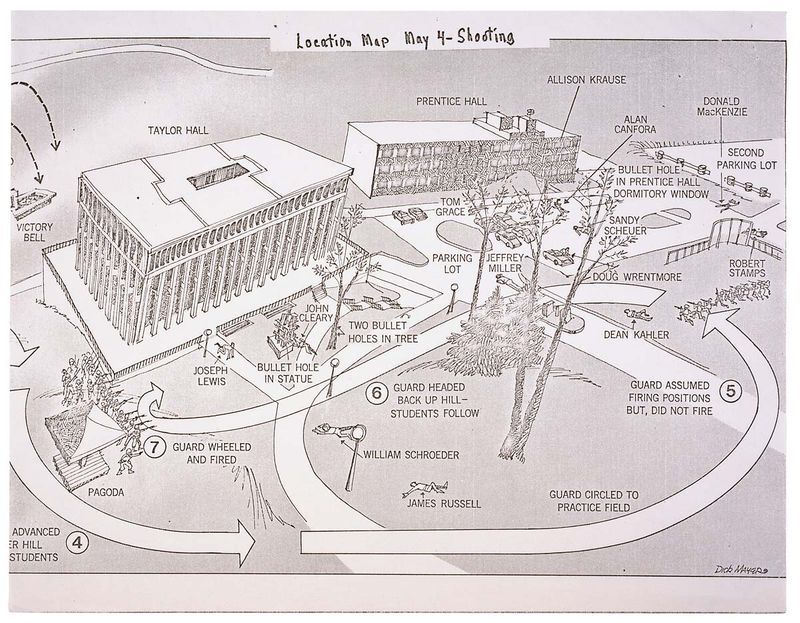 On May 4th, 1970, four students were killed and nine others wounded on the campus of Kent State University when the National Guard opened fire during student protest against the United States bombing of Cambodia at the time of the Vietnam War or the Second Indochina War. The demonstrations began three days earlier when several hundred activists gathered to rally on the grassy knoll known as the Commons. Unrest extended into the town of Kent with vandalism, looting, and threats to local merchants if they did not support the anti-war sentiment and activity. The situation escalated with tear gas, emergency orders, and the eventual deaths -- going down in history as one of the worst tragedies in the history of higher education and one of the most controversial ones; legal action ensued with charges brought against the "Kent 25" in connection of the burning of the ROTC building, while members of the National Guard were indicted.

The Kent State shootings, also known as the Kent State Massacre led to significant strikes in universities, colleges, and high schools throughout the nation, raising conscience about the role of the United States during the the war with Vietnam and use of military draft. Just ten days after the May 4th killings, Jackson State University in Jackson, Mississippi experienced a similar tragedy with two shootings and another twelve students wounded. 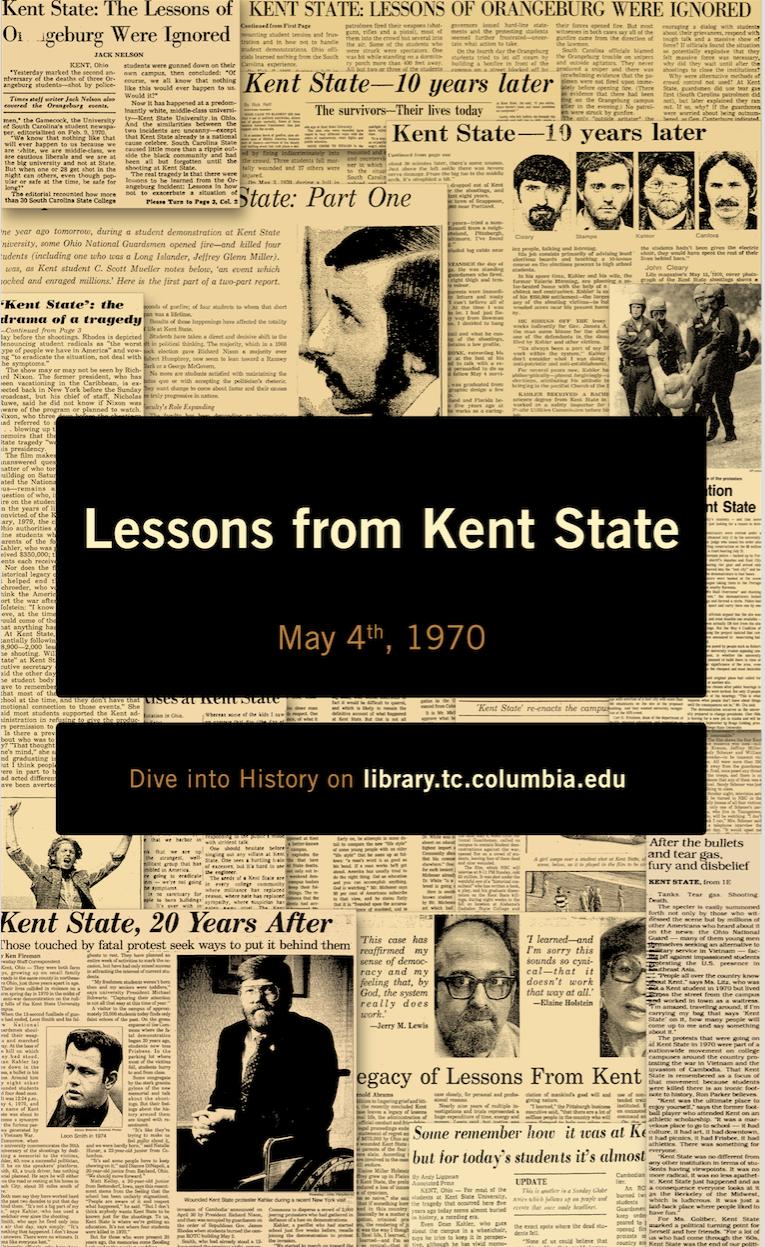