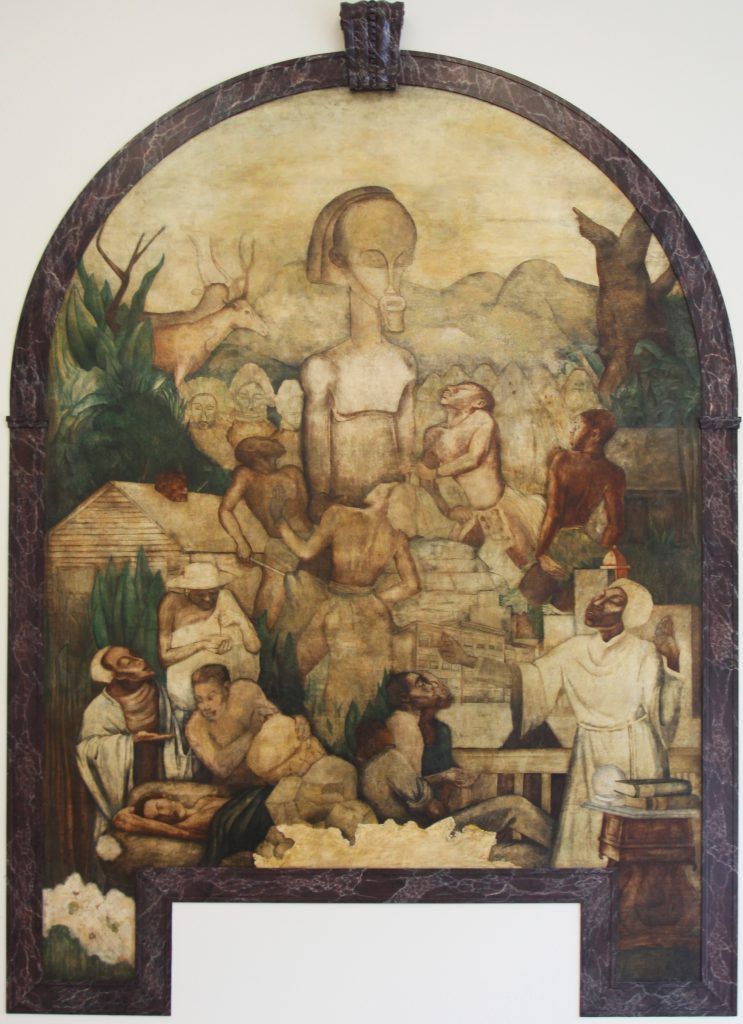 Charles Henry Alston (11/28/1907-4/27/1977) was an influential African American artist and teacher who led art programs and community centers in New York. most especially Harlem. He directed the painters of the Harlem Hospital murals, under the Federal Arts Project of the Works Progress Administration in 1935-1936, and himself painted two of them: "Magic in Medicine" and "Modern Medicine". Emblematic of the Harlem Renaissance, a period when a new vision of black identity was emerging, these two murals, now restored, portray the history of healing in Africa and the United States. He also designed and painted murals for the Golden State Mutual Life Insurance Building and sculpted the bust of Martin Luther King, Jr. , which was displayed at the White House.

Nicknamed "Spinky" by his father, Alston was born in Charlotte, North Carolina, but grew up in New York City where he attended DeWitt Clinton High School, Columbia University, and Teachers College, Columbia University where he received a masters in 1931. He taught at the Art Students League, Museum of Modern Art, and City University of New York. Alston was influenced by the teachings of John Dewey and Arthur Wesley Dow, and the artwork of Aaron Douglas and Diego Rivera, among others. At Columbia, he drew cartoons for the magazine Jester, a foreshadowing of his professional work, as many of his pieces were published in poplar magazines, including The New Yorker, Fortune, Mademoiselle, and Collier's.

With an illustrious professional career and many awards and honors throughout his lifetime, Charles Alston passed away from cancer on April 27th, 1977, following his wife, Myra Logan, who died in January of that year. The Alstons met at Harlem Hospital when Charles was working on the murals and Myra was interning as a medical doctor and posed for "Modern Medicine" as a nurse holding a baby. Also be sure to visit Harlem Renaissance 100: Collaborative Drawing, our newly launched app which highlights one classic artwork of the Harlem Renaissance each day. This activity include pieces by Charles Alston and is part of Classics of the Renaissance, an online book display.