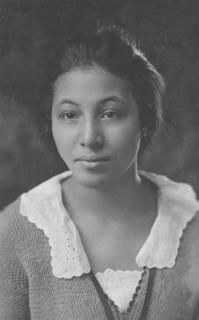 As we plan Teachers College's celebration of the 100th anniversary of the Harlem Renaissance, a new name comes to the table, with thanks to my colleague Angela Gooden, Research Associate at the Institute of Urban and Minority Education. She whispers it with bated breadth, letting us in on a remarkable connection. Little did I know that May Edward Chinn (April 15, 1896 - December 1, 1980), the first African-American woman to graduate from Bellevue Hospital Medical College (now New York University School of Medicine), was also the first African-American woman to intern at Harlem Hospital -- but, significantly, she graduated from Teachers College with a degree in music education in 1921! Strangely, May Edward Chinn is a name that leads me to ponder mysterious pagodas and peaceful lily ponds, rather than nearby city hospitals .... and I soon discover that her heritage is not of the Far East, but part Chickahominy Indian.

Having passed the entrance examination with flying colors, Chinn was accepted to Teachers College without a high school diploma. She was an accomplished singer and pianist, regularly accompanying singer Paul Robeson in the 1920s, but also performed occasionally at other venues throughout her lifetime.

Chinn earned a Master of Public Health from Columbia University in 1933. With a laudable paper on sewage disposal written for a hygiene course, Chinn was inspired to pursue medicine, becoming an expert in cancer detection. She joined the Strang Clinic where she worked for 29 years, and was honored as a member of The Society of Surgical Oncology in 1975. Chinn advocated for African-American women to attend medical school and established a society for this purpose, as she maintained her private practice until the age of 81 years.

From Angela to the "Angel of Harlem", so called by novelist Kuwana Hausley, the circle came full, prompting us to recognize the birth date of May Edward Chinn, her extraordinary accomplishments, and contribution to the Harlem Renaissance, an intellectual, social, and cultural movement that established a new vision of black identity and drew into perspective a model for African American women. 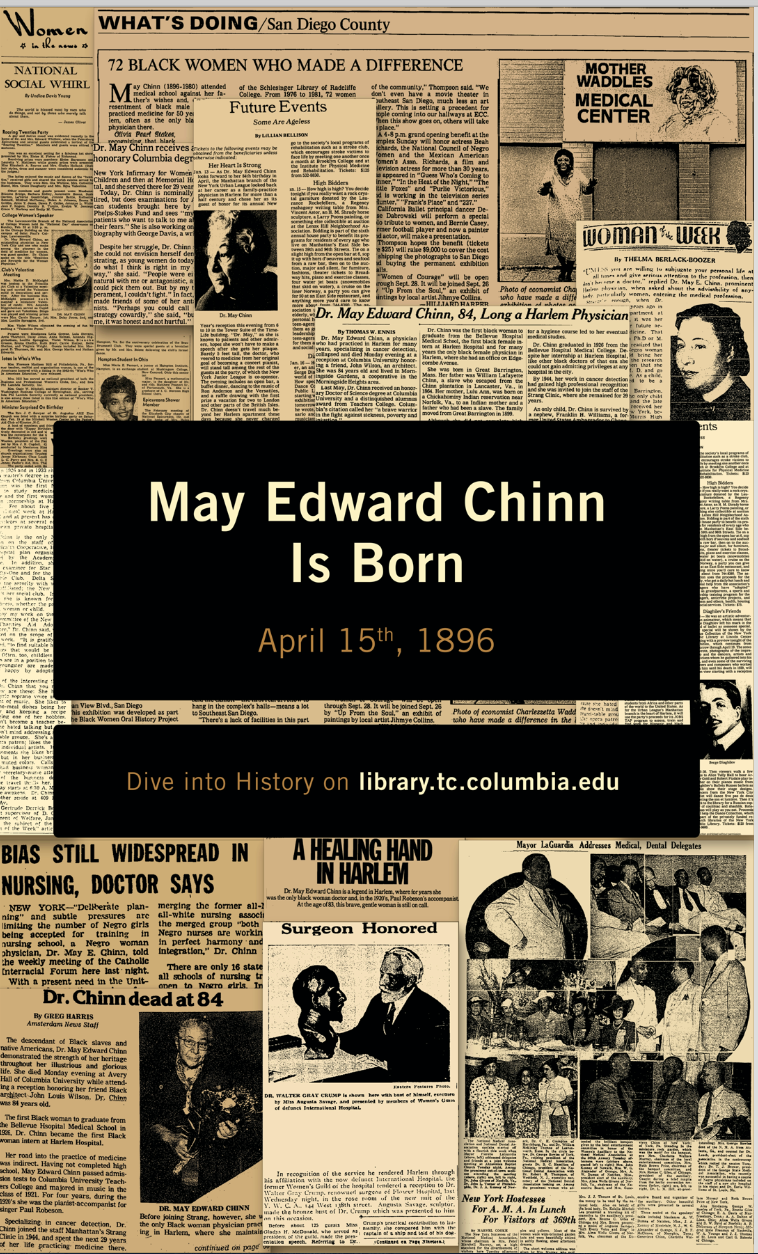 Check out Columbia University Libraries resources on May Edward Chinn: