It's not surprising that Drawing in Two Colors or Interpretations of Harlem Jazz pops up when I begin searching for inspirational art or music connected to literature. Winold Reiss' striking lithograph (circa 1920) celebrates African American culture in Harlem, by featuring a man and woman dancing boldly -- most likely in a night club -- African masks and sculptures, bottle, and piano in the background. With his daring combination of straight and rounded lines, and saucy shades of orange and black, Reiss invokes history, heritage, and the spirit of the new intellectual, social, and artistic movement that centered in Harlem from 1918 to the mid 1930s. It is attractive for a book display poster, and leads to an exciting discovery: its very close connection to the definitive text that influences the curation of titles for Classics of the Harlem Renaissance. 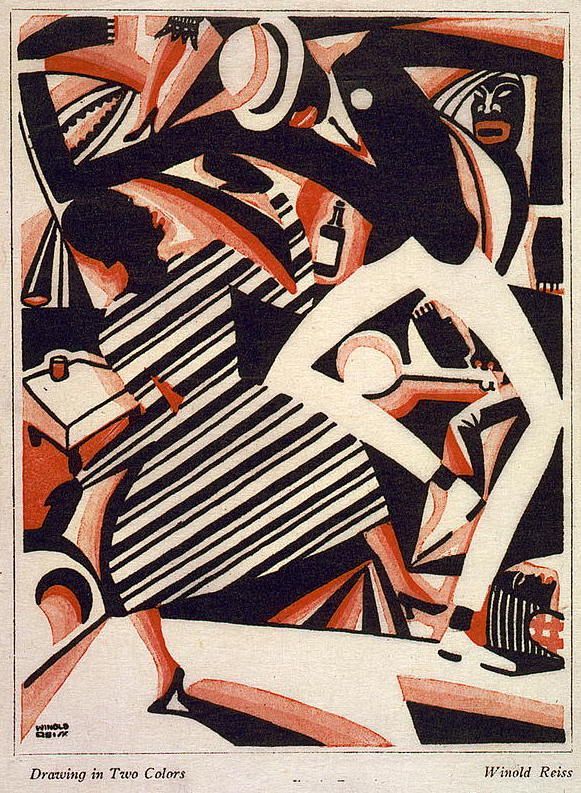 Reiss was commissioned by Survey Graphic Magazine in 1924 to make portraits of leading Harlem Renaissance figures, including writers. He provided complex visual illustrations, from portraits and "fantasies" to lettering and graphic design, for Alain LeRoy Locke's seminal work, The New Negro: An Interpretation (A.C Boni, 1925). Locke's influential anthology of fiction, poetry, and essays invited readers to explore a new vision of black identity through contemporary authors, like Langston Hughes, Zora Neale Hurston, Claude McKay, Jean Toomer, Countee Cullen, and many others. With the flowering of literature and deep reflection on race and racial stereotypes, came the publication of sensational works of fiction and nonfiction -- titles worthy of news and history in shaping the New Negro Movement.

Printed copies will be on display in November when Creating a Better World for All: Teachers College Celebrates the Harlem Renaissance resumes in honor of the 100th anniversary. Women from whose loins I sprang

When the birds of Eden sang?

From the scenes his fathers loved,

What is Africa to me?

Manuela was tall and slender and graceful, and once you knew her the lithe form could never be mistaken. She walked with the easy spring that comes from a perfectly arched foot. To-day she swept swiftly down Marais Street, casting a quick glance here and there from under her heavy veil as if she was being followed. If you had peered under the veil, you would have seen that Manuela's dark eyes were swollen and discoloured about the lids, as if they had known a sleepless, tearful night. (From "The Goodness of St Rocque") 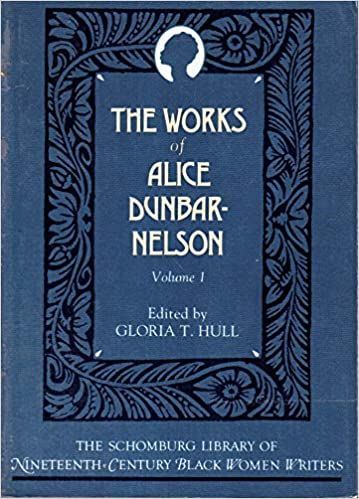 I am invisible, understand, simply because people refuse to see me. Like the bodiless heads you see sometimes in circus sideshows, it is as though I have been surrounded by mirrors of hard, distorting glass. When they approach me they see only my surroundings, themselves or figments of their imagination, indeed, everything and anything except me. 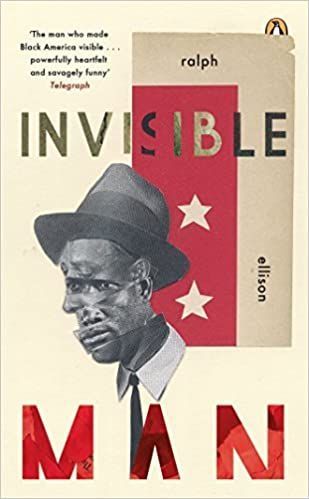 We’ve all of us got to make up our minds to the sacrifice of some thing. I mean something more than just the ordinary sacrifices in life, not so much for the sake of the next generation as for the sake of some principle, for the sake of some immaterial quality like pride or intense self-respect or even a saving complacency; a spiritual tonic which the race needs perhaps just as much as the body might need iron or whatever it does need to give the proper kind of resistance.

There's no nigger- child of mine, yours, ours- no darkie- going to disobey me. I put him in that field to work, and he'll stay on this plantation till I get ready to let him go. I 'll tell Talbot to use the whip on him, too, if he needs it. (from Mulatto, by Langston Hughes)

Literature is a big sea full of many fish.

But was that why Negroes were poor, because they were dancers, jazzers, clowns? . . . The other way round would be better: dancers because of their poverty; singers because they suffered; laughing all the time because they must forget.... It’s more like that, thought Sandy. 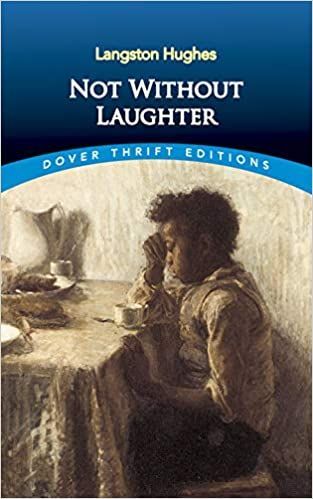 Rocking back and forth to a mellow croon,

I heard a Negro play.

Down on Lenox Avenue the other night

By the pale dull pallor of an old gas light

To the tune o' those Weary Blues.

With his ebony hands on each ivory key

He made that poor piano moan with melody.

Swaying to and fro on his rickety stool

He played that sad raggy tune like a musical fool.

Coming from a black man's soul.

In a deep song voice with a melancholy tone

I heard that Negro sing, that old piano moan--

"Ain't got nobody in all this world,

Ain't got nobody but ma self.

And put ma troubles on the shelf."

He played a few chords then he sang some more--

"I got the Weary Blues

And I can't be satisfied.

Got the Weary Blues

And can't be satisfied--

I ain't happy no mo'

And I wish that I had died."

And far into the night he crooned that tune.

The stars went out and so did the moon.

The singer stopped playing and went to bed

While the Weary Blues echoed through his head.

He slept like a rock or a man that's dead. 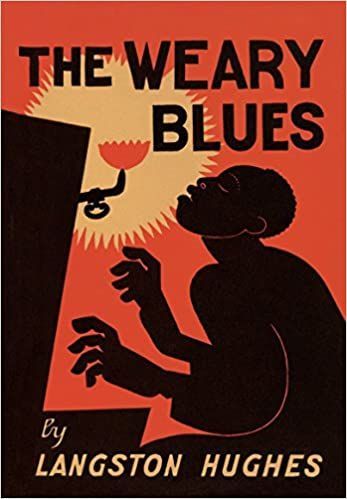 Folklore is not as easy to collect as it sounds. The best source is where there are the least outside influences and these people, being usually underprivileged, are the shyest. They are most reluctant at times to reveal that which the soul lives by. And the Negro, in spite of his open faced laughter, his seeming acquiescence, is particularly evasive. You see we are a polite people and we do not say to our questioner, 'Get out of here!' We smile and tell him or her something that satisfies the white person because, knowing so little about us, he doesn't know what he is missing. The Indian resists curiosity by a stony silence. The Negro offers a feather bed resistance, that is, we let the probe enter, but it never comes out. It gets smothered under a lot of laughter and pleasantries.

It is so easy to be hopeful in the daytime when you can see the things you wish on. But it was night, it stayed night. Night was striding across nothingness with the whole round world in his hands . . . They sat in company with the others in other shanties, their eyes straining against cruel walls and their souls asking if He meant to measure their puny might against His. They seemed to be staring at the dark, but their eyes were watching God.

The question inevitably arises: Will the Negroes of Harlem be able to hold it? Will they not be driven still farther northward? Residents of Manhattan, regardless of race, have been driven out when they lay in the path of business and greatly increased land values. Harlem lies in the direction that path must take; so there is little probability that Negroes will always hold it as a residential section. But this is to be considered: the Negro's situation in Harlem is without precedent in all his history in New York; never before has he been so securely anchored, never before has he owned the land, never before has he had so well established community life.

﻿Instinctively Helga was aware that their smiling submissiveness covered many poignant heartaches and perhaps much secret contempt for their instructors. But she was powerless. In Naxos between teacher and student, between condescending authority and smoldering resentment, the gulf was too great, and too few had tried to cross it. It couldn’t be spanned by one sympathetic teacher. It was useless to offer her atom of friendship, which under the existing conditions was neither wanted nor understood. 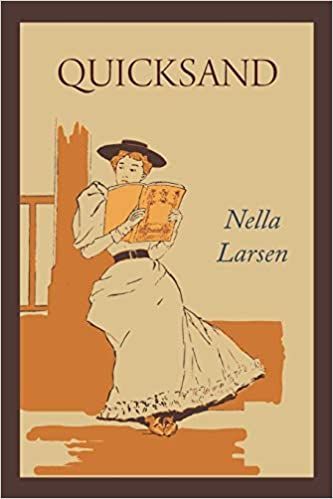 She wished to find out about this hazardous business of passing, this breaking away from all that was familiar and friendly to take one’s chances in another environment, not entirely strange, perhaps, but certainly not entirely friendly. 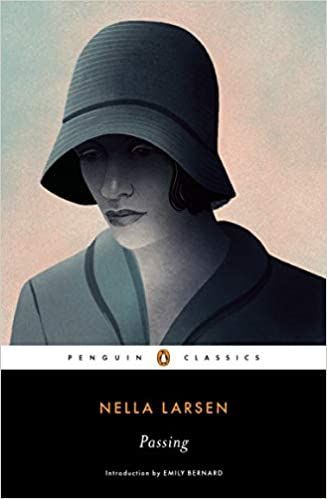 Therefore the Negro today wishes to be known for what he is, even in his faults and shortcomings, and scorns a craven and precarious survival at the price of seeming to be what he is not. He resents being spoken for as a social ward or minor, even by his own, and to being regarded a chronic patient for the sociological clinic, the sick man of American Democracy. For the same reasons he himself is through with those social nostrums and panaceas, the so-called "solutions" of his "problem," with which he and the country have been so liberally dosed in the past. Religion, freedom, education, money--in turn, he has ardently hoped for and peculiarly trusted these things; he still believes in them, but not in blind trust that they alone will solve his life-problem.... 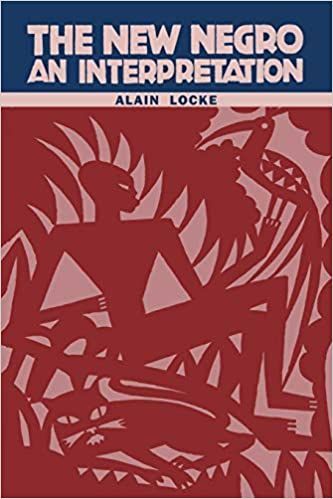 The deep-dyed color, the thickness, the closeness of it. The noises of Harlem. The sugared laughter. The honey-talk on its streets. And all night long, ragtime and "blues" playing somewhere . . . singing somewhere, dancing somewhere! Oh, the contagious fever of Harlem. Burning everywhere in dark-eyed Harlem… 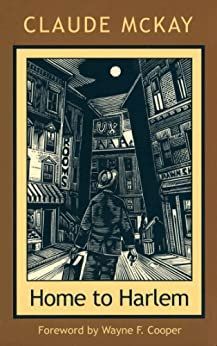 Those of the upper class began to look around for ways to get darker. It became the fashion for them to spend hours at the seashore basking naked in the sunshine and then to dash back, heavily bronzed, to their homes, and, preening themselves in their dusky skins, lord it over their paler, and thus less fortunate, associates. Beauty shops began to sell face powders named Poudre Nègre, Poudre le Egyptienne and L’Afrique. 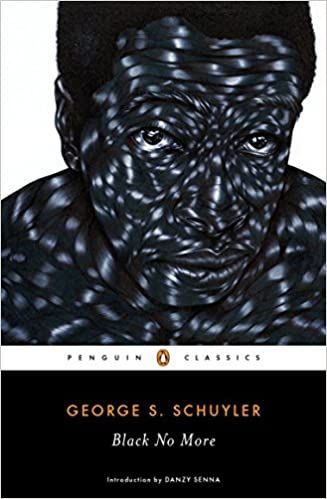 Not that she minded being black, being a Negro necessitated having a colored skin, but she did mind being too black. She couldn’t understand why such should be the case, couldn’t comprehend the cruelty of the natal attenders who had allowed her to be dipped, as it were, in indigo ink when there were so many more pleasing colors on nature’s palette. Biologically, it wasn’t necessary either; her mother was quite fair, so was her mother’s mother, and her mother’s brother, and her mother’s brother’s son; but then none of them had had a black man for a father. Why had her mother married a black man? Surely there had been some eligible brown-skin men around. She didn’t particularly desire to have had a “high yaller” father, but for her sake certainly some more happy medium could have been found.

There is no such thing as happiness. Life bends joy and pain, beauty and ugliness, in such a way that no one may isolate them.

Nigger Heaven! That’s what Harlem is. We sit in our places in the gallery of this New York theatre and watch the white world sitting down below in the good seats in the orchestra. Occasionally they turn their faces up towards us, their hard, cruel faces, to laugh or sneer, but they never beckon. 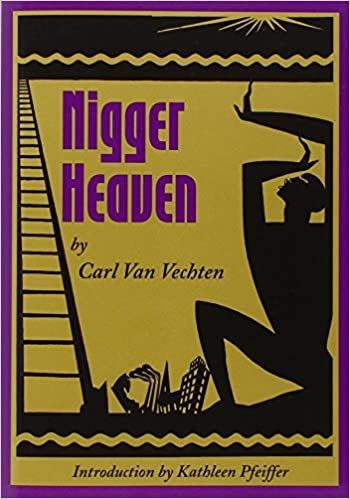 What is beauty, and wherein does it reside? That is a hard question to answer, when we think that the mere shadow of a line makes a difference between beauty and the lack of it. But that greater question: What is personality? How many good men have addled their brains puzzling over it!

Williams, Edward Christopher. When Washington Was in Vogue: A Lost Novel of the Harlem Renaissance. New York: Amistad, 2005.