Relatively unknown outside of Russia, Kornei Chukovsky was a translator, literary critic, journalist and most famously, a children's book author. His rhyming lines and whimsical stories marked a divergence from the more somber, contemporary Russian children's literature of the time. For their immense popularity and shared fanciful nature of their work, he has also been often compared to Dr. Seuss, the beloved American children's book writer. 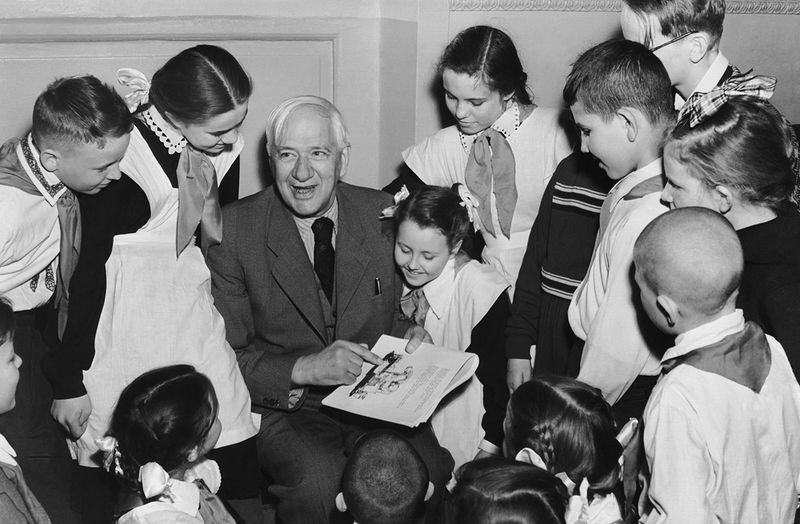 The Crocodile (Крокодил), Chukovsky's first and most famous book, published around 1919, is a fairy tale written in poems. It also was made into a Soviet era film. The Gottesman Libraries has a wealth of old children's books (among many other treasures) which are kept in our basement archives due to age and often fragility. Members of the Columbia community are welcome to view and/or check out these books by request. 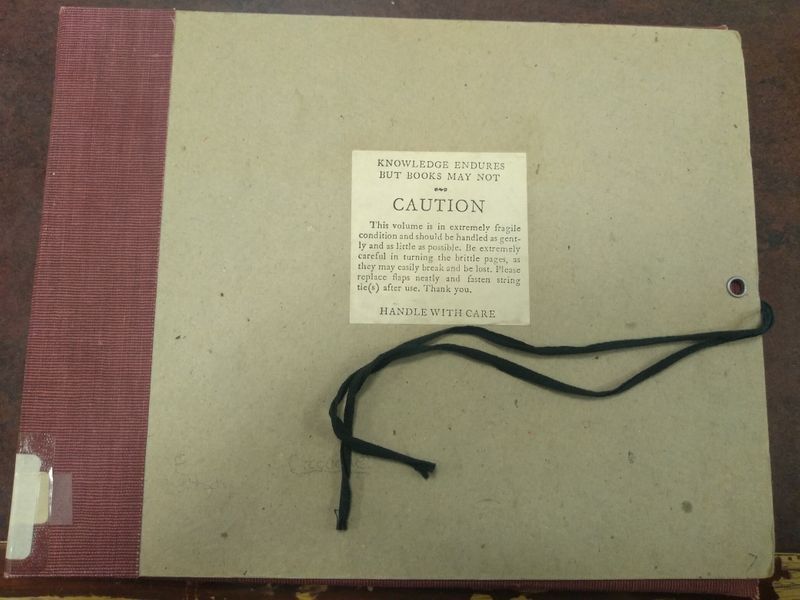 One of our original copies of The Crocodile is kept encased in a protective cover which has a label which reads "Caution: Knowledge endures, but books may not." The book is about a very elegantly dressed Turkish speaking crocodile who causes havoc in St. Petersburg when he eats a dog and policeman. There is a happy ending though! Vanya, a brave young Russian boy forces the crocodile to spit up the intact dog and policeman. The crocodile goes back to Africa, reunites with his family, and then finally returns to Russia to free all the animals from the zoo (with some help). 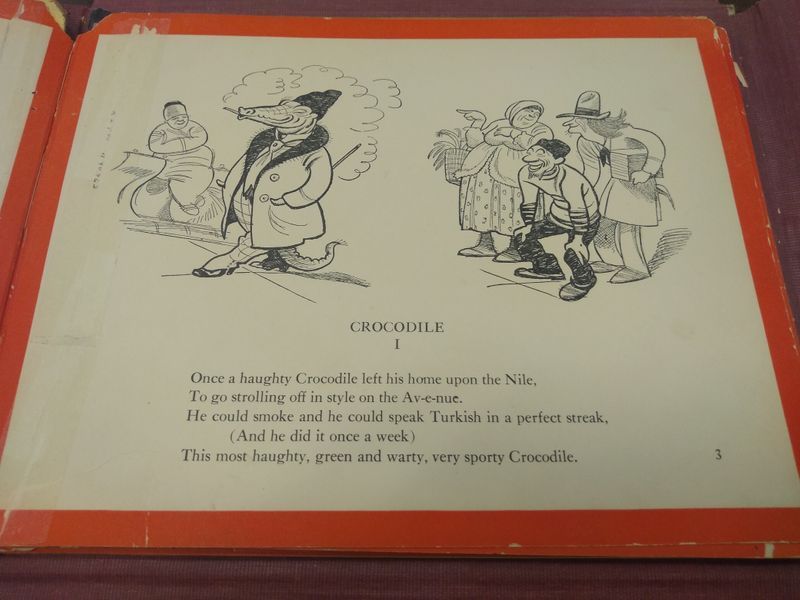 Another title from Chukovsky in our collection is Муха-Цокотуха, "The Buzzing Fly". The story concerns a fly who finds a gold coin in a field and uses it to buy a samovar (traditional Russian tea pot). She invites a variety of different insects to a tea party for her birthday, but a spider appears and tries to drag the fly off. A mosquito kills the spider and saves the fly. The mosquito then becomes the bridegroom of the fly and all the insects celebrate their wedding. This book also inspired several Russian cartoons for children. 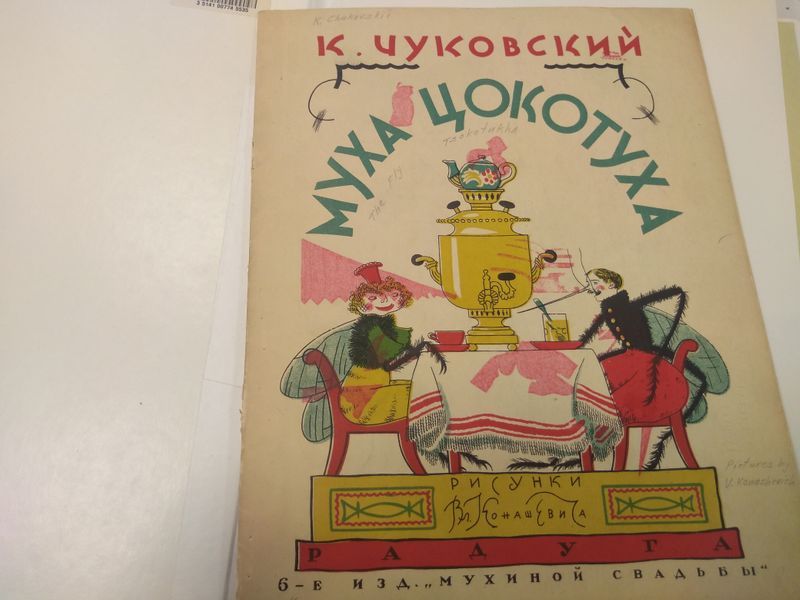 Another classic children's tale, Winnie-the-Pooh from A. A. Milne, also has a Russian counterpart. The book from Milne has been both translated and retold in Russian, however the character Winnie-the-Pooh was made famous in Russia after productions of three animated episodes based on the original book chapters. These short films add a strong Russian personality and perspective to the famous American story.

In the 30's Walt Disney himself sent film rolls of Mickey Mouse to the Moscow Film Festival. This sparked an interest in studying American cartoons and led to the creation of the highly regarded Soviet (now Russian) state-owned animation studio Союзмультфи́льм (Soyuzmultfilm). This studio created the Soviet Winnie-the-Pooh cartoons between 1969 and 1971. Subsequently, Winnie-the-Pooh has been the subject of a Russian opera and been featured on Soviet and Russian postage stamps. The short films have made the story an enduring classic in Russia.

You can also find and request vintage copies of Winnie-the-Pooh from the closed stacks in the Gottesman Libraries catalog, EDUCAT, https://educat.tc.columbia.edu/.

Posted in: Learning at the Library|By: Clara Ruiz|1390 Reads