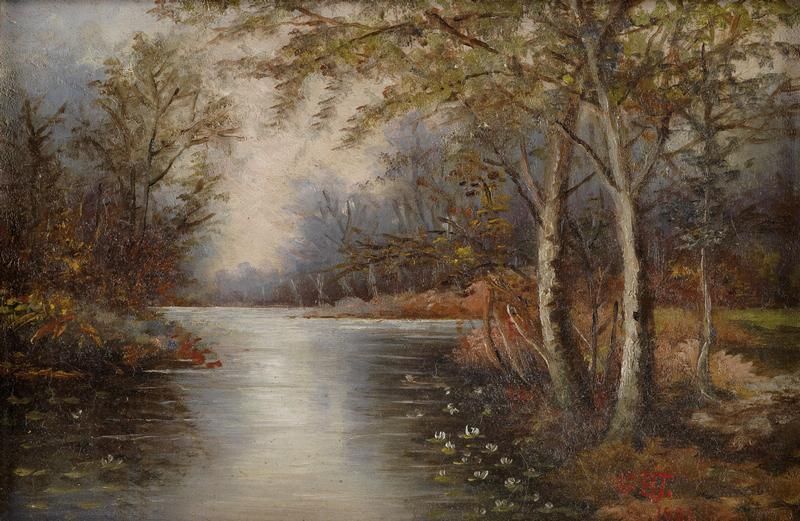 On March 13th, 1928, American artist, writer, and journalist Gwendolyn Bennett spoke briefly before the NAACP in Philadelphia on the importance of appreciation by African Americans for African art, as well of the work of representatives in the field of modern art. Miss Bennett hoped that we'd cultivate "the viewpoint of looking at art from the creative genius exhibited by the producer." She references the need to look at real life through art, rather than conform to stereotypes of race or the African American.

One of the youngest leaders of the Harlem Renaissance, Gwendolyn Bennett (July 8, 1902 - May 31, 1981) was a spokesperson for racial pride and the rights of African American women. Bennett had a brief yet highly prolix period of literary and artistic achievement from 1923-1928, when she wrote over forty poems, reviews, articles, and short stories in notable African American magazine and anthologies, including Alain Locke's The New Negro (1925). She is particular known for popular literary column "The Ebony Flute" that she wrote for Opportunity. Sadly many of her paintings were destroyed in a family fire.

A native of Giddings, Texas, Bennett attended Brooklyn Girls High School and studied at the Fine Arts Department of Teachers College, Columbia University from 1921-22 before transferring to Pratt Institute where she complete her studies in art and drama. She taught art at Howard University, Tennessee State College, Curtright High School (Eustis, Florida) and New York City schools, including School for Democracy and George Washington Carver. She served as director of the Harlem Community Art Center, the largest of the Federal Arts Projects, where she succeeded August Savage.