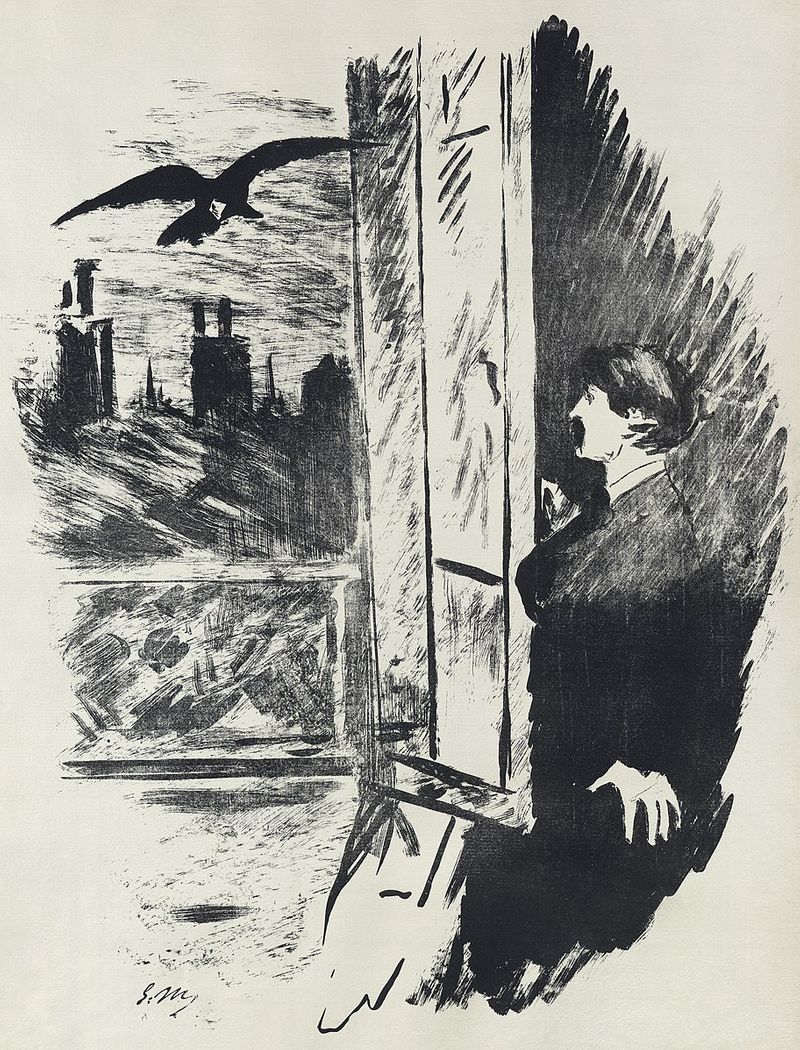 Once upon a midnight dreary, while I pondered, weak and weary,

Over many a quaint and curious volume of forgotten lore—

While I nodded, nearly napping, suddenly there came a tapping,

As of some one gently rapping, rapping at my chamber door.

“’Tis some visitor,” I muttered, “tapping at my chamber door—

Only this and nothing more.”

On January 29th, 1845, Edgar Allan Poe's narrative poem was first published in The New York Evening Mirror. It tells of a talking raven who comes to visit a distraught lover, most likely a student or young scholar, who is mourning the death of his love, Lenore. The raven seems to provoke the protagonist through repetition of the word "Nevermore", building tension throughout the stanzas. The poem was a massive success and has been the subject of many artworks, including those by Edward Manet and Gustave Dore. While Poe did not earn great financial reward with its publication, it prompted book publication of his poetry, as Poe's fame grew as a writer known for his tales or short stories about mystery and the macabre. Edgar Allan became embedded in the school curriculum and is popular to this day.