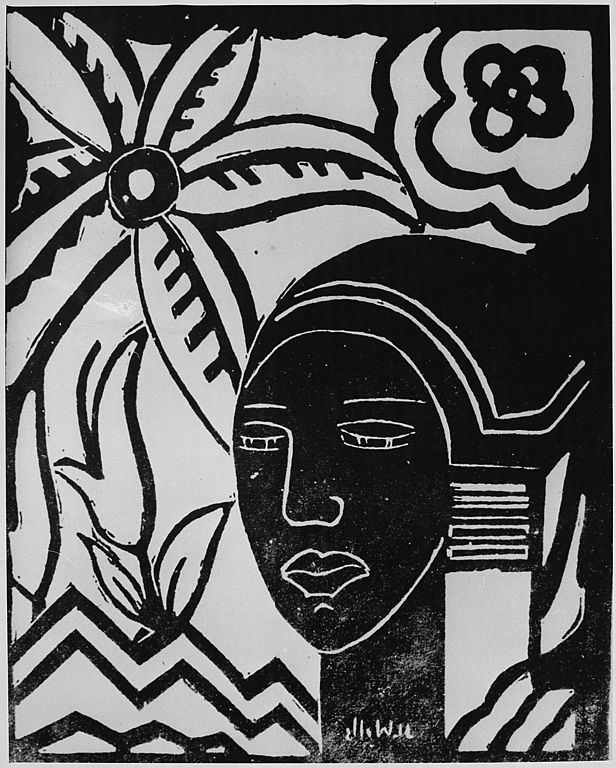 Leading graphic artist and art teacher, James Lesesne Wells was closely associated with the Harlem Renaissance. Wells was born on November 2nd, 1902 in Atlanta, Georgia, and died on January 20th, 1993 in Washington, D.C. Like Zora Neale Hurston, Wells' father was a Baptist minister and mother, a teacher, and he also moved at an early age with his family to Florida. He painted and did woodwork, earning prizes and awards from the age of thirteen. He transferred from Lincoln University in Pennsylvania to Teachers College, Columbia University (BS, Department of Fine Arts, 1927) and went on to study art at the National Academy of Design.

In 1929 he became a crafts instructor at Howard University, where he taught block printing, ceramics, clay modeling, and sculpture. Though known for innovative print making (linocuts), he gained recognition as a painter whose work reflected the African-American experience and the drama of everyday life. During the Great Depression he directed a summer arts program, assisted by Charles Alston (also a Teachers College alumni), Jacob Lawrence, and Georgette Seabrooke, in a Harlem nightclub. Wells eventually retired from teaching in 1968 but continued to work as an artist and was widely exhibited throughout his lifetime. 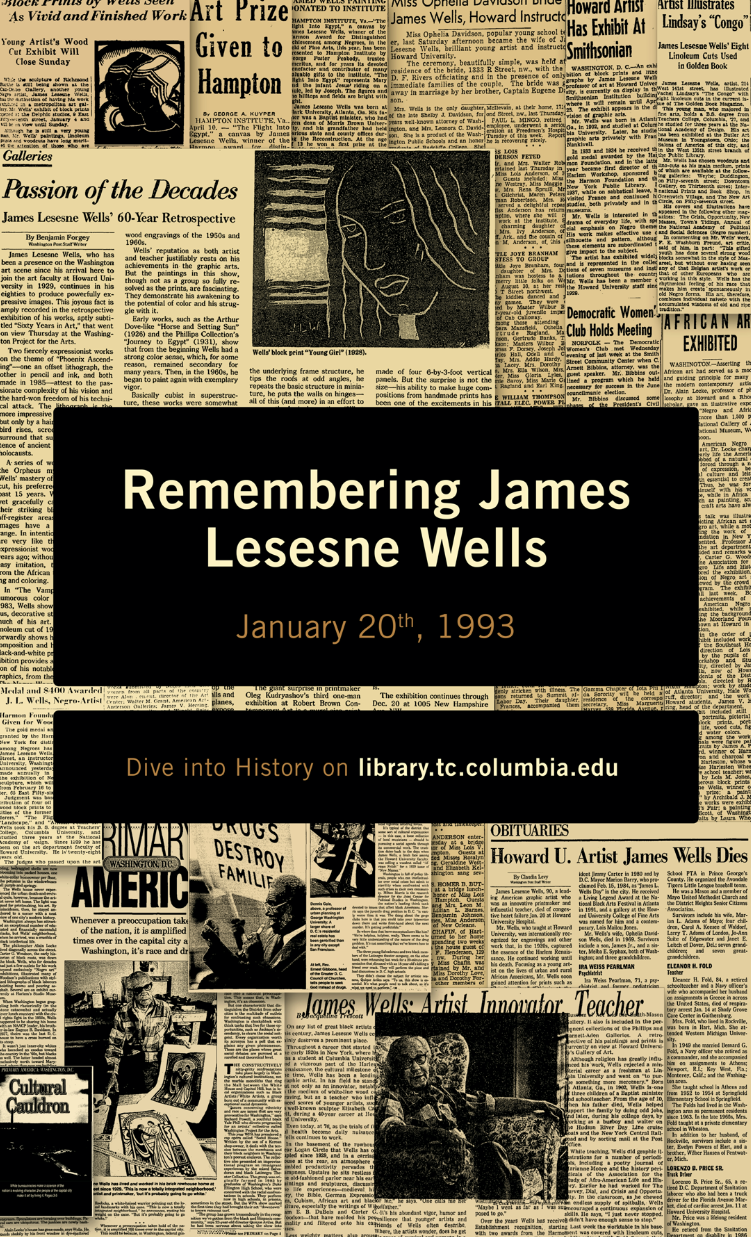