What makes a great children's book? This question has been on my mind for the past three years as I've curated the children's award winners and honors display. As a prospective school librarian, part of my training is to acclimate myself to the world of children's and young adult publishing in order to help growing readers flourish. The award lists are crucial tools in this process. Some awards focus on writing, some on illustration, some on both. Many have cultural focus or a core idea that drives the selection process, but many are also selected and judged by adults. This year, I chose to feature five award lists not yet represented in this curation process, including an award voted on by children and teens themselves. It's important for kids (and for grown ups, too) to remember that what makes a book great isn't that someone else says it is.

I give you this collection and I let you decide.

As we kick off 2020, we're already gearing up for a new book awards cycle. What a perfect time for all of us to brush up on the year that was and get excited about new children's literature? 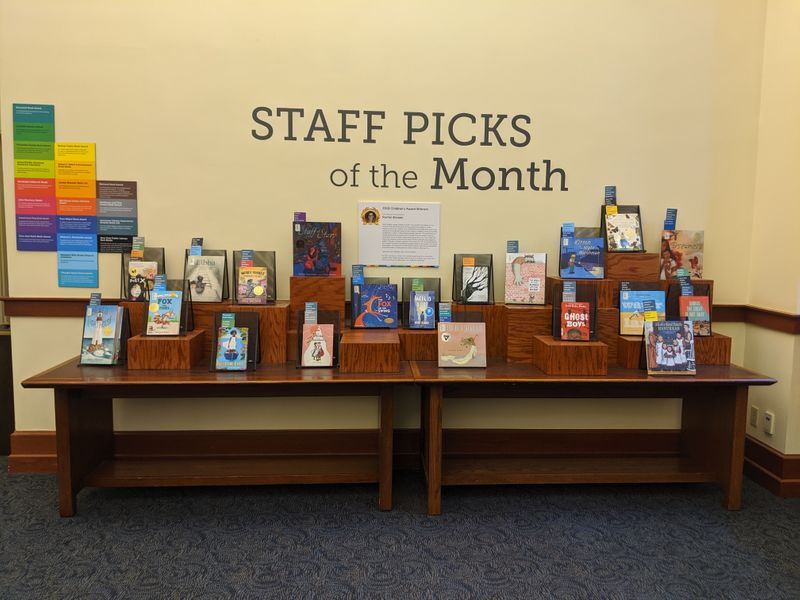 Books featured in this collection have been recognized by one or more of the following: